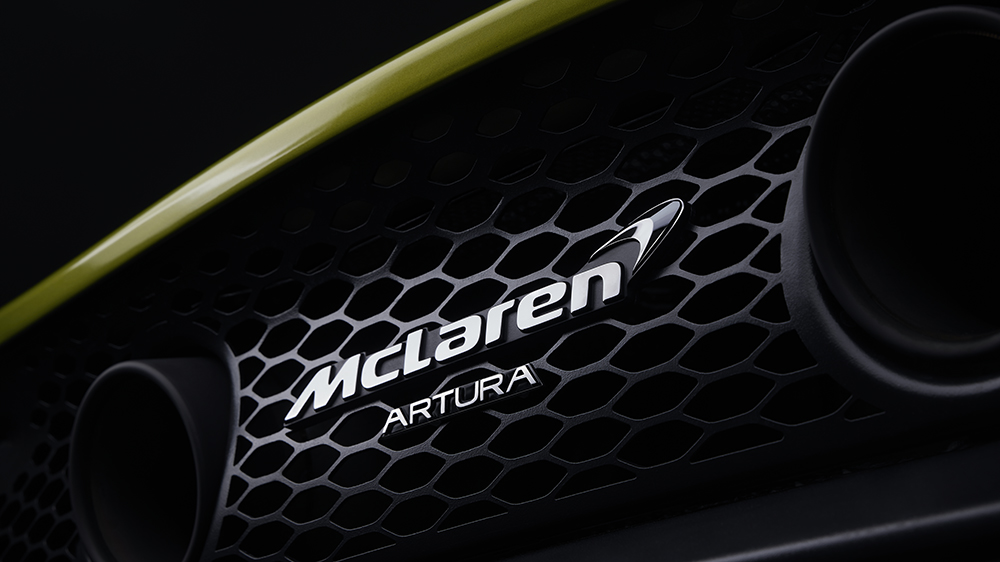 We already knew that McLaren was planning to introduce its latest electrified supercar next year. And now we know what the hybrid speedster will be called.

The British marque kicked off the week by announcing that its latest high-performance vehicle will be named the Artura. The supercar maker also revealed that the car, which was previously slated to be part of its Sport Series, will now be its own dedicated model, slotting between the GT and 720S.

Although there have been hybrid McLarens before—the limited-run P1 hypercar and Speedtail—the Artura will be the first to go into series production. While the company has released relatively few details, we do know that the “High-Performance Hybrid supercar” will be powered by a brand-new twin-turbo V-6 internal combustion engine. Paired with an electric motor, it will be just as powerful as the company’s larger-capacity V-8s and will offer improved torque response at lower speeds. McLaren claims the hybrid will also be able to run entirely on electric power for quick city trips, though the marque hasn’t supplied a range estimate yet.

Other features include an all-new carbon-fiber monoque chassis—dubbed McLaren Carbon Lightweight Architecture (MCLA)—specifically designed for hybrid powertrains. This will help keep the car’s weight down despite the battery’s substantial heft. The new chassis replaces the MonoCell, which McLaren has used for all its vehicles since 2011.

“Every element of the Artura is all-new—from the platform architecture and every part of the High-Performance Hybrid powertrain, to the exterior body, interior and cutting-edge driver interface—but it draws on decades of McLaren experience in pioneering super-lightweight race and road car technologies to bring all of our expertise in electrification to the supercar class,” CEO Mike Flewitt said in a statement.

The release date for the Artura has yet to be revealed, but McLaren has confirmed that the supercar will go on sale during the first half of 2021. As for pricing info, we’d expect it to sit somewhere between the GT’s $210,000 and the 720S’s $300,000 starting prices.