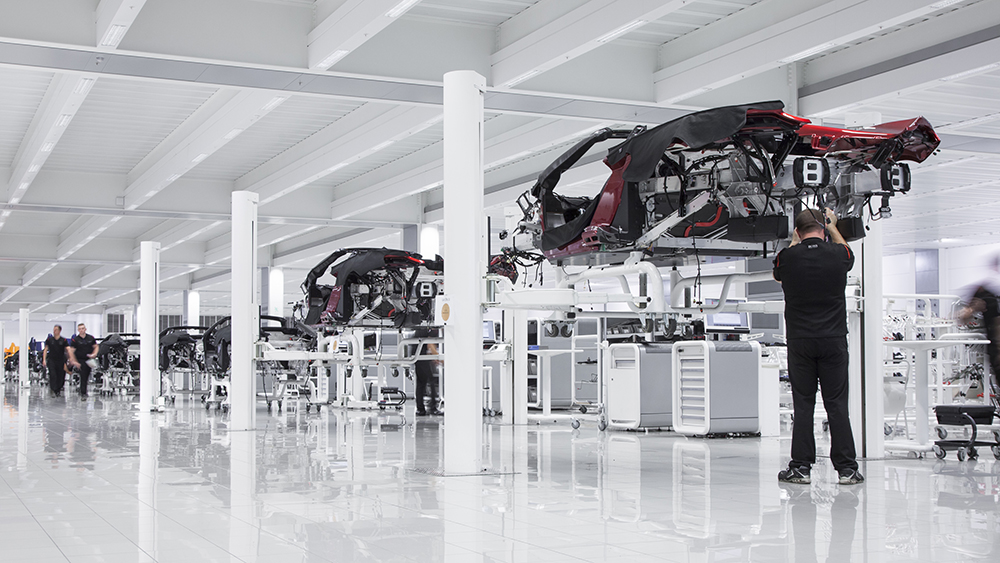 The chemistry that brought us a legendary McLaren F1 could be coming back—just in time for the electric revolution. The British hypercar maker is reportedly looking to join forces with BMW to create a new line of electric supercars.

MotorAuthority reported last week that a “Memorandum of Understanding” for the project, which was signed by the two automakers back in March, could lead to the development of a new zero-emissions platform for McLaren’s future sports cars, supercars and hypercars.

The plan is that the folks at BMW’s M division will utilize that classic German engineering to design the powertrain and its accompanying motors, inverters and batteries. McLaren’s team at Woking, meanwhile, which is known for turning out aerodynamic silhouettes and lightweight carbon-fiber bodies, will be in charge of developing the chassis.

Of course, this is not the first time the duo has collaborated on a four-wheeler. Back in 1992, McLaren chose to equip the F1 supercar (pictured above) with a BMW-built V-12. The mill, which was good for 550 horses and 443 ft lbs of twist, gave the coupé a blistering top speed of 240 mph and cemented it as the world’s fastest production car for nearly 15 years.

Although that engine will be hard to top, BMW has created some pioneering electric powertrains for the i4 and 7 Series that deliver solid grunt and range (536 hp and 300 miles, respectively). More importantly, the eco-friendly motors meet the future emissions regulations in Europe.

McLaren, on the other hand, is yet to unveil a fully electric model. The marque has, however, delivered a 671 hp hybrid called the Artura and announced plans to join Formula E.

To be at the top of the category, McLaren and BMW will need to outshine the likes of the Lotus Evija. That 2,000 hp electric hypercar is expected to have a top speed of 200 mph and a range of 250 miles per charge. If that turns out to be the case, it will be the most powerful production car in the world.

Perhaps an electric F1 could give it a run for its money.