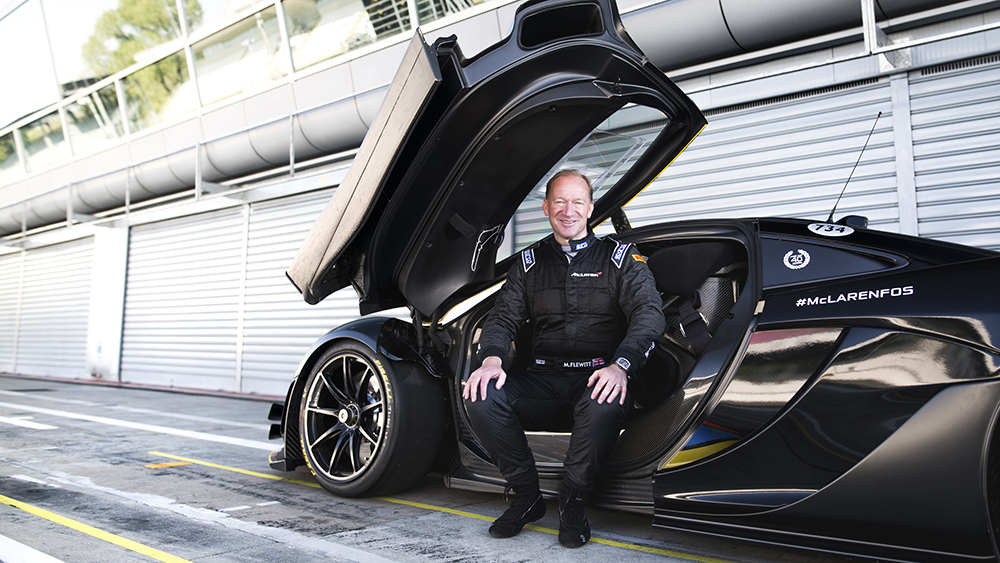 In just eight years, McLaren Automotive has emerged as a major player in the highly competitive supercar market, and the driving force behind its impressive performance is industry veteran Mike Flewitt. Having started his career more than 30 years ago on the Ford production line near Liverpool, England, he was named CEO of McLaren Automotive in early 2012. During his tenure, the company has seen annual increases in both its production (it built its 20,000th hand-assembled car this year) and its global profits. In 2018 alone, total sales (comprising 4,806 cars) were up nearly 44 percent from the previous year. Flewitt’s leadership style and genuine love of the business have played a large part in the brand’s wildly successful ride.

What’s the one thing you have to do every day to stay sane?

When I arrive at the office, I have to have time on my own to review the day, confirm that the diary and my priorities are in line. At the end of the day, I simply want to have dinner with my wife.

Your biggest annoyance at work?

I dislike having to ask twice for something to be done. I am always happy to explain and discuss. I sometimes wonder if being polite and asking is misunderstood for making it optional, but I regard politeness as part of the basic respect we should show all our colleagues.

Passion and commitment. I expect everyone on the team to do what it takes to deliver the goals we set. Anything less lets down the team.

As long as needed. Some meetings are simply communication that is better delivered in person rather than by electronic means, but many are about discussion, listening, debating different views to align on the best approach.

One adjustment everyone can make in their lives to be more successful?

Consider if you are doing what you want to do. I measure personal success on how happy I am and not by how much I earn. I take great pride in the business and feel a real part of what is happening at McLaren.

What’s the best advice you were given?

If you are doing the right thing, persevere—it will turn out right. You just do not always know what the right outcome is.

What would you tell your younger self ?

Enjoy the journey. I am 57 and have been in the automotive industry for 36 years and love it. I have friends now retiring and I just want to keep being part of what I enjoy so much.

One thing you want to improve in your work life?

My fitness. I have always worked out in some way or other, but it’s the first thing that gets canceled to create more time.

Do you have a favorite app?

Apple News. Some days it’s the only news I read. I can configure it to give me news about the issues I’m interested in.

What was your first job, and what did you learn from it?

I worked on the production line at Ford’s vehicle assembly plant in Liverpool. You learned to build relationships to survive. It was a pretty tough industry at shop-floor level at that time, but the same advice is true now—just in a different context.

What is your daily driver?