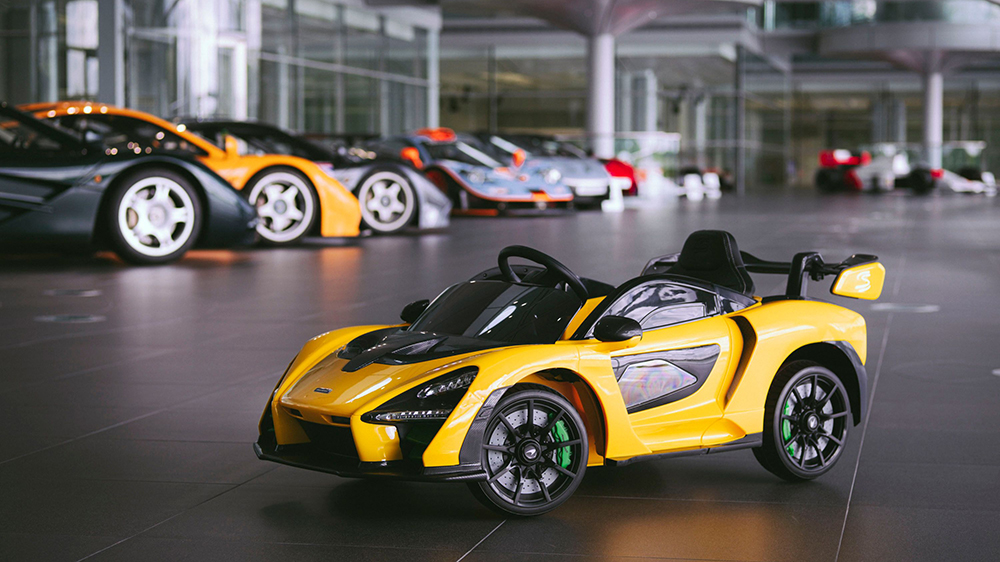 McLaren has finally gone electric. There’s a catch though: you probably won’t be able to fit behind the wheel of this vehicle, let alone be able to drive it.

That’s because the automaker’s latest vehicle, a battery-powered Senna “Ride On,” is pint-sized speedster meant for children, according to a press release. But while the shrunk-down McLaren may not be street legal, don’t underestimate its abilities, as its almost undoubtedly more complex and capable than any toy you played with in your youth.

The new Senna is the third in a line of shrunken-down McLarens aimed at children, following the footsteps of the P1TM and 720S “Ride On” editions. Like those, its hardware can’t quite compare to its older, full-sized sibling, but is still quite impressive in its own right. The little car is incredibly detailed, especially when compared to similar toys. It features functional dihedral doors, a working brake system with lights and an infotainment system that will play realistic McLaren engine noises after the car is turned on.

The McLaren Senna “Ride On” has a $582 price tag, which may sound steep for a toy, but is a straight-up bargain when compared to the full-sized supercar, which starts at $1 million. You can purchase one for the (inner) child in your life at an authorized McLaren dealer or online at hypertoys.com.

If McLaren isn’t your supercar brand of choice or you want something you can actually fit in, Chinese electric giant Xiaomi recently announced the Ninebot GoKart Pro Lamborghini Edition. The go-kart, which can fit an adult, can hit a top speed of 25 mph and can run more than 15 miles on a single charge.