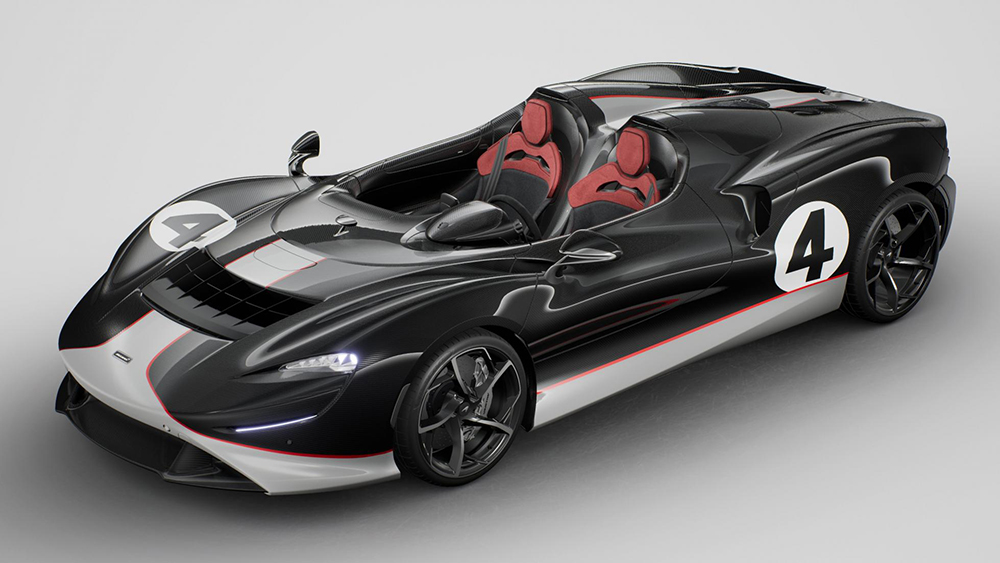 It’s difficult to improve upon a thoroughly considered $1.6 million hypercar, but McLaren has certainly given it one helluva crack. The marque’s special ops team (McLaren Special Operations) has just released a drool-worthy new theme for the McLaren Elva to one-up the original 804 hp roadster.

Inspired by Bruce McLaren’s superlight M1A, the reimagined Elva honors the marque’s storied racing history while showcasing all the latest automotive innovations. It’s an amalgamation of old and new and boasts impressive specs to boot.

A worthy muse, McLaren’s M1A was the quickest car on track at the Canadian Sports Car Grand Prix in 1964, smashing the lap record multiple times. The ferocious racer hit eye-watering speeds while exuding McLaren’s distinctive aesthetic beauty and has been artfully re-created thanks to this theme.

While this one-of-a-kind Elva may take some design cues from the ‘60s, performance-wise it’s decidedly futuristic. Officially the lightest McLaren road car ever, the Elva boasts a bespoke carbon-fiber body and chassis, plus feather-light materials throughout. The land missile can soar from standstill to 60 mph in less than three seconds, thanks to a thundering 804 hp, twin-turbo V-8.

On top of that, McLaren claims the open-air dream machine, which has no roof, windshield or side windows, features the world’s first Active Air Management System. This ingenious design redirects airflow over the cockpit to create what the marque calls “a bubble of calm,” which means your hat should stay on even at menacingly high speeds.

The original McLaren Elva will be limited to just 399 examples and is expected to roll off the production line towards the end of this year. McLaren did not disclose exactly how many Elva M1As will be made but, hopefully, it won’t be too long before we see one flying through the streets.