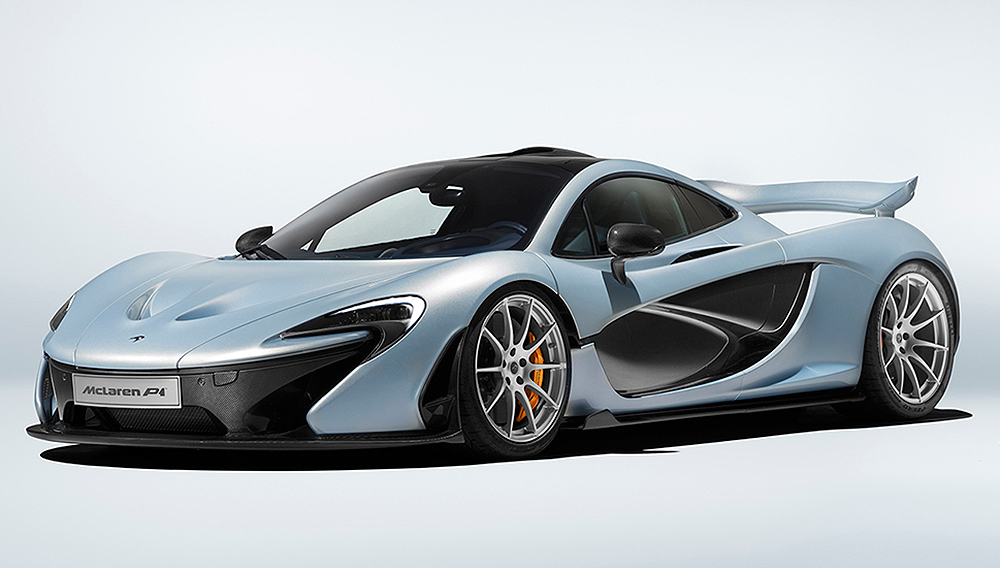 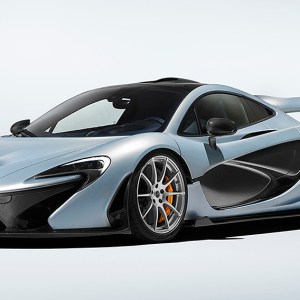 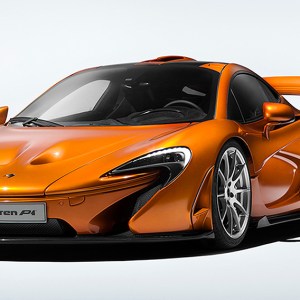 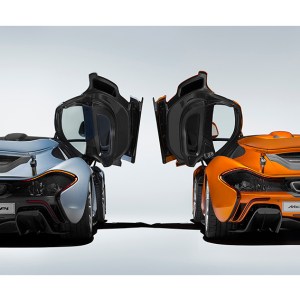 The final chapter in the production of the McLaren P1™ has now been written as the 375th and final example has been completed, bringing the curtain down on the most technologically advanced and dynamically accomplished supercar ever made.  From launch, the groundbreaking model was designed with one key goal: to be the best driver’s car on road and track. Since headlining the debut motor show appearance for McLaren Automotive at the 2012 Paris Motor Show as a design study, the first model in the McLaren Ultimate Series has been writing headlines, breaking lap times and thrilling owners the world over.

Production commenced during the summer of 2013, with all cars sold prior to the first delivery, and that first car – finished with Ice Silver paintwork and extensive levels of visual carbon fiber – rolled off the production line during the McLaren 50th anniversary celebrations in September 2013. Following this, each and every car was custom-built to the exacting specifications of its owner, in consultation with the team at McLaren Special Operations (MSO), ensuring that no two cars are the same. Running at full capacity, the bespoke Ultimate Series production line within the McLaren Production Centre (MPC) finished one car per day, with each individual model taking 17 days to complete on average.

The final production example of the McLaren P1™ is finished extensively in stunning pearlescent orange, achieved through a unique tinting process. The color echoes the shade of the 64th and final McLaren F1 road car, chassis #075, which went on to inspire Volcano Orange, available today across the McLaren Automotive range. It features subtle styling elements in raw carbon fiber weave, with the finish only visible externally on the splitter, diffuser and the aerodynamic blades along the lower body, while the super-lightweight wheels are finished in silver. A blend of refinement and purposeful intent is evident inside the cabin with bespoke styling touches by the team at McLaren Special Operations (MSO) including gloss black detailing for the switchgear, instrument bezels and air conditioning vents. The lightweight carbon fiber-shelled racing seats include further MSO craftsmanship, with the final McLaren F1 road car again the inspiration for the final design. Upholstered in black and orange Alcantara®, the contrasting details are carried across to the stitching on the steering wheel.

Mike Flewitt, Chief Executive Officer at McLaren Automotive commented, “The McLaren P1™ has achieved more than we ever expected of it since it was first previewed little over three years ago, both as a new generation of supercar, and in enhancing the McLaren brand globally.”

“As the direct ancestor to the fabled McLaren F1 – and the first in a new breed of hybrid-powered supercars – it had big shoes to fill, and it has more than succeeded. It has established itself as a true contender, proving to be more than a worthy rival on both road and track against long established rivals. It has done a fantastic job of becoming the halo product for the McLaren Automotive brand as we have grown the business into the three tiered, profitable outfit that we are today,” added Flewitt.

The McLaren P1: The Ultimate Supercar

Combining a highly efficient gasoline engine and lightweight electric motor, the McLaren P1™ was the first of a new breed of supercars, debuting in production form at the 2013 Geneva Motor Show. The strictly limited production supercar was the first model in the exclusive Ultimate Series, which crowns the recently announced three McLaren model tiers, above the Super Series and the Sports Series. It rewrote the rulebook and challenged what people believed was possible, as the iconic McLaren F1 had done 20 years previously.

The McLaren P1™ introduced a number of new technologies to the supercar world, using techniques and developments from the world of motorsport to enhance performance. Through the pioneering use of weight-saving technologies and materials, including the extensive application of carbon fiber, the McLaren P1™ has a dry weight of just 3,197 lbs (1,450kg). The carbon fiber MonoCage chassis – which incorporates the roof and lower structures, roof snorkel air intake, battery and power electronics housing – weighs just 198.4 lbs (90kg) making it one of the lightest carbon fiber full-body structures used in any road car to date. The aerodynamic design, coupled with the groundbreaking RaceActive Chassis Control suspension system, offers a stiffer and more track-focused set up at the press of a button. ‘Race’ mode stiffens the suspension by 300 percent, pulls the car 50mm lower to produce ground effect aerodynamics, and extends the large active rear wing by 300mm. The result is 1,323 lbs (600kg) of downforce at well below its maximum speeds 161 mph (257km/h) , which is considerably higher than most other high performance supercars, and more in line with the levels of downforce generated by a GT3 racing car. This downforce improves cornering ability, especially in high speed corners.

The powertrain comprises a 3.8-liter twin turbo V8 gasoline engine with a lightweight, highly powerful electric motor which, together, produces 903 hp (916PS) at 7,300 rpm, and 664 lb-ft (900Nm) of torque. Through the seamless integration of the 176 hp (179PS) electric motor, 96 lb-ft (130Nm) of torque is available immediately, providing  ‘torque fill’ to offset any turbo lag as a result of the larger turbos fitted to the combustion engine. Through this innovative approach, the McLaren P1™ is propelled from a standstill to  62 mph (100km/h) in 2.8 seconds, with 124 mph (200km/h) reached in 6.8 seconds and 186 mph (300km/h) achieved in just 16.5 seconds – a full five seconds quicker than the legendary McLaren F1. Top speed is limited to 217 mph (350km/h). This performance is kept under control through a bespoke braking system, developed specifically for the McLaren P1™, using materials previously used on the Ariane space program. Formula 1™ technology and expertise ensure optimal performance in every area, providing progressive and predictable braking in the most extreme of conditions, such as high speed track work.

The groundbreaking powertrain also excels with regards to efficiency, returning an EPA-rated 17 mpg in combined city/highway driving with CO2 emissions of just 194g/km. The McLaren P1™ can also run solely on electric power, with a range of 6.8 miles (11km) and emissions reducing to zero. As with all models in the three McLaren model tiers, the McLaren P1™ is exempt from gas guzzler tax in the U.S.

The Most Bespoke McLaren to Date

Since the first production example was completed at the McLaren Production Centre (MPC) in 2013, the McLaren P1™ has proved to be the most popular vehicle with regards to bespoke tailoring. The specification of every one of the 375 production models has been built in consultation with the team at McLaren Special Operations (MSO). The world-class levels of craftsmanship ensured owners’ requirements could be realized – whether it was an individual interior color scheme or a highly detailed exterior paint finish.

Paul Mackenzie, McLaren P1™ Program Director and Executive Director – McLaren Special Operations, explains, “The McLaren P1™ has proved itself to be the most individualised model ever produced by McLaren Automotive. In the same way the engineering and design teams have pushed what is possible in terms of performance, our customers have pushed MSO to challenge what is possible and ensure that each example is finished to their specific tastes and exacting requirements. The level of bespoke work, paint finishes and tailoring has ensured that no two cars are the same, making every one truly unique.”

In a fitting coincidence, as the finishing touches were being made to the 375th production model, the team at MSO has started work on the first full-body visual carbon fiber examples. This specialised conversion will see all painted panels replaced, with the finish being an example of the highest level of craftsmanship.

As the most extreme model in the McLaren line-up, it was only fitting that the testing program for the McLaren P1™ was the most extreme. The three stages of development prototype – eXperimental (XP), Validation (VP) and Pre-Production (PP) – were tested extensively on the frozen lakes in Northern Sweden during an Arctic winter at temperatures of as low as -22˚F (-30˚C) before being baked in the desert heat of Arizona, California and Nevada. Temperatures soared as high as 126°F (52°C), as the western coast of America experienced some of the hottest temperatures on record.

The development program also saw the McLaren P1™ testing extensively on circuits across the world. The testing phase was focused on durability, refinement and performance, and the final challenge of the development program was arguably the toughest of the entire program – a lap time of the fearsome Nürburgring-Nordschleife in less than seven minutes. The Nürburgring provides the ultimate test of any car, all 13 miles (20.8km) of twisting and undulating tarmac, and to achieve a sub-seven minute lap, an average speed in excess of 111 mph (178km/h) is required – along some of the longest straights, tightest bends, steepest inclines, and more changes in road surface than any other circuit. In achieving this final objective, the McLaren P1™ joined the exclusive sub-seven minute club, underlining the goal of being the ultimate driver’s car on road and track.

Chris Goodwin, Chief Test Driver explains, “The testing and development program for the McLaren P1™ was one of the most rigorous and challenging, but also one of the most rewarding. We had learnt a lot through previous projects, and coupled with the unparalleled experience in motorsport, this program truly was the culmination of everything McLaren has ever achieved. The integrated IPAS gasoline-electric powertrain has been developed to provide seamless power delivery, while the latest in aerodynamics, lightweight materials and technology has been used to create a car which is as at home in the city as it was setting lap times.”

Overall, during the development program, the McLaren P1™ covered in excess of 385,250 miles (620,000km) of testing, equivalent to more than 15 times around the world. With a focus on both road and track, more than a third of these test miles were on tracks around the world.

The Ultimate Series: The Future

With the completion of the final McLaren P1™, the Ultimate Series continues in production with the limited-edition McLaren P1™ GTR. Production of the track-only, 986 hp (1,000PS) model is due to complete early in 2016.

Commenting on the next stages of the top model tier within the McLaren range, Mike Flewitt concludes, “We are in the final stages of production for the McLaren P1™ GTR, with the last car due to complete build in the coming weeks. The McLaren P1™ has already established itself as an icon and any car that is to continue the lineage of the Ultimate Series will need to be a worthy successor – a significant step change in technology or performance is required to ensure this is the case. The future is undecided at this stage, which is an exciting proposition.”

Following the global launch of McLaren Automotive in 2010, the groundbreaking 12C was launched in 2011, the 12C Spider in 2012, and the limited-run McLaren P1™ went into production in 2013. In keeping with its plan to introduce a new model each year, the company unveiled the 650S, in coupe and Spider form in 2014, and has announced the Sports Series among the models to be introduced in 2015. The brand continues to expand, and McLaren posted a profit during 2013 – only the third year of vehicle production. This was followed in 2014, by a third consecutive year of growth in sales with a record 1,649 vehicles delivered via a dedicated global network of retailers in every major automotive market.