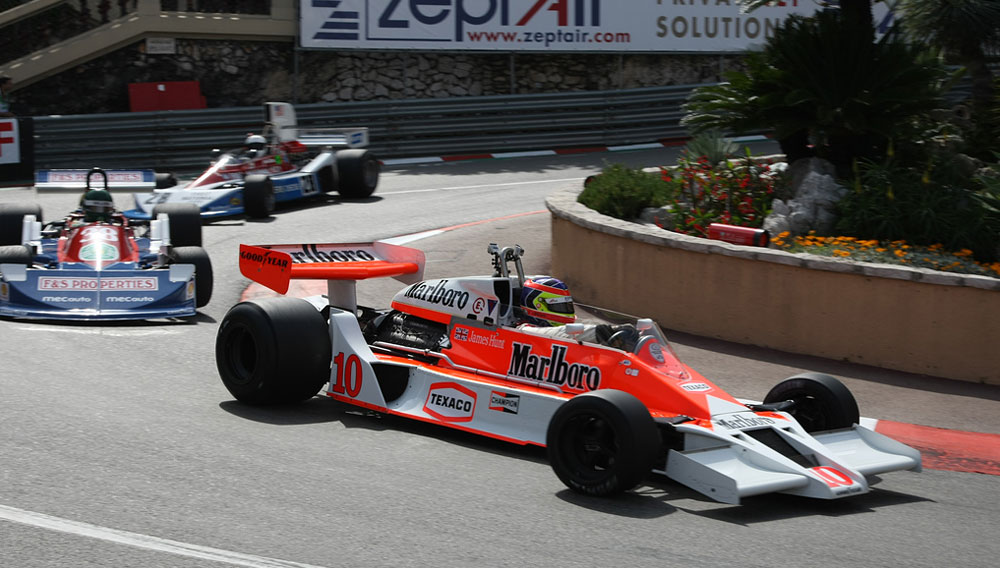 With Ron Howard’s Rush at the top of the mind among moviegoers and race fans alike, collectors of historic Formula 1 racecars will be raising paddles at RK Motors Collector Car Auctions’ sale on November 2, vying for the iconic 1977 McLaren M26 that James Hunt drove to his last Formula 1 victory—at the Japanese Grand Prix in 1977. The car, chassis #3, is powered by a Ford Cosworth V-8 that develops 525 hp and revs to 10,600 rpm in classic F/1 style. Top speed for the day was 195 mph. Perfectly preserved, according to RK Motors, the rare racer represents a very special era in McLaren history and is a lasting tribute to “Hunt the Shunt,” whose style and wit made him a favorite of race followers during his career and after his retirement from driving in 1979.

The sale is a multiday auction held in Charlotte, N.C. from October 31 through November 3, but the sale of this lot will be simulcast from a 4-hour specialty auction at the Emirates Palace Hotel, adjacent to the world-class Abu Dhabi Formula One track, on the evening preceding the 2013 Abu Dhabi Grand Prix. (www.rkmcca.com)