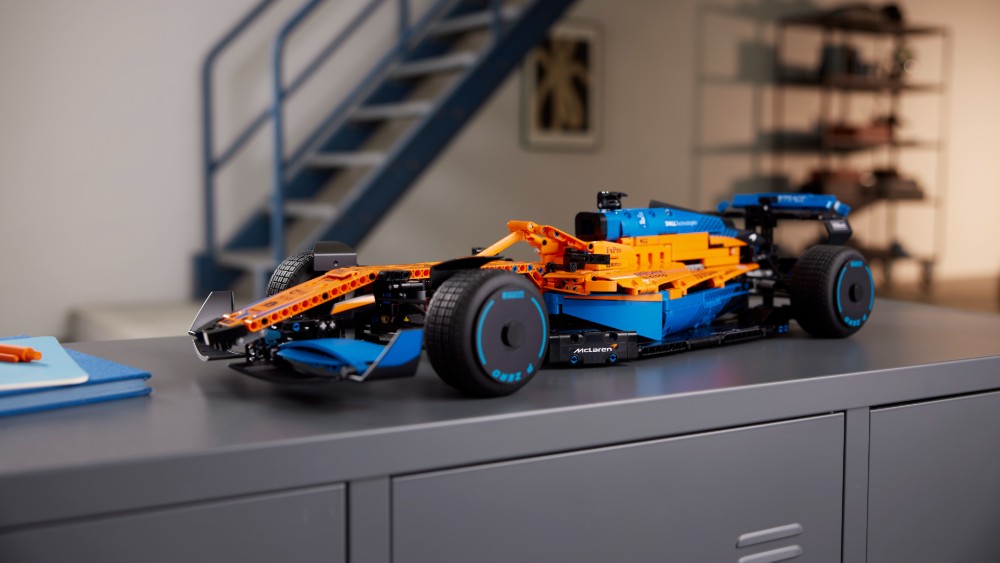 Formula 1 fans now have their very own Lego car.

Ahead of the upcoming season, Lego and the McLaren Formula 1 team have teamed up to create the first-ever Technic model based on a F1 car. The collaboration has resulted in a scale mini-sized version of a Formula 1 car inspired by McLaren’s MCL35M and its eye-popping papaya livery.

Designed by engineers from both brands, the Technic McLaren F1 car is nothing if not detailed. For starters, there are 1,432 pieces in all, so you’re assured of hours of building entertainment. Once complete, the model car will showcase several key features of the rea; F1 racer, including the intricate V-6 cylinder engine, with moving pistons, steering, suspension and a differential lock.  Sitting at over five inches tall, 25.5 inches long and 10.5 inches wide, it also comes with all the sponsor stickers you’d find on the real F1 race car.

For those hoping to get an early glimpse of the marque’s new racer, you’ll have to wait a little longer. The Technic model’s release led to speculation that it might be based on this year’s McLaren, the MCL36. The automaker’s racing division squashed that rumor in a email provided to Robb Report, saying that LEGO’s Technic model features an image of a generic 2022 inspired car using McLaren’s 2021 livery. (So, no spoilers here.)

Like other Technic sets, the F1 model’s $179.99 price is far more friendly than the cost of the real thing. You can buy it on the Lego website starting March 1, shortly before the new F1 season revs back up with the Gulf Air Bahrain Grand Prix on March 20.  Even better, McLaren said that this year’s F1 car will be unveiled on Friday. Who knows? Maybe there will be two Technic McLaren F1s in the family before long.