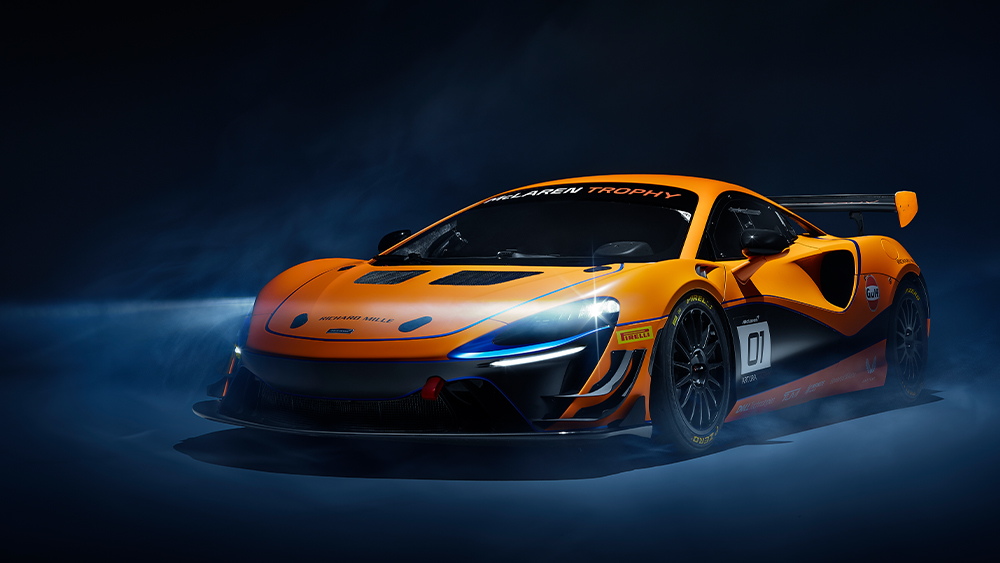 On the heels of the 720S GT3, Artura GT4, and soon-to-be-discontinued 570S GT4, this latest racer takes a fine disregard to performance-choking BoP (Balance of Power) regulations, which are racing organizations’ ways of leveling the playing field by capping the power and aerodynamics setups of different manufacturers. By building a one-make race series around the Artura, McLaren is able to play by its own rules and set up their race cars as they desire. In a way, the race version is uncorked—but ironically, it starts life as a GT4-spec Artura, which has been stripped of its hybrid hardware in order to adhere to GT4 rules.

In Trophy form, the Artura’s twin-turbo V-6 produces 577 hp. Alleviated from its hybrid hardware, the drivetrain is down on power compared to the road car’s 671 hp. But freed from the BoP ballast weight intended to keep competitors on even ground, the lighter racer adds an enhanced aerodynamic package with a high-downforce wing that should enable greater cornering speeds.

Would-be Pro-Am racers can take on the competition in the McLaren Trophy Championship, which will support the Fanatec GT World Challenge Europe series in 2023 at events including the Spa 24 Hours. Among McLaren’s selling points is a concierge service that enables a seamless process of hotel bookings and transfers, and a paddock race center inspired by the company’s Formula 1 efforts with baked-in space for entertaining friends, family, sponsors and team managers. McLaren says the Artura’s engine-management system and aerodynamic package are easily converted to GT4 specification without purchasing a new race car, yet another selling point for racers seeking to make a small fortune from a big one.