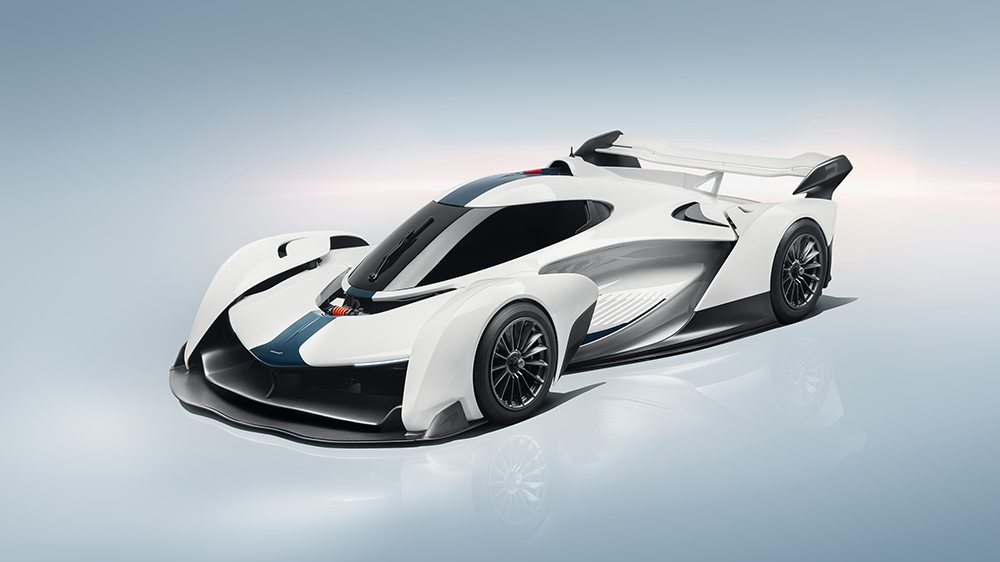 The McLaren Solus GT is a car right out of a video game—literally.

McLaren Special Operations unveiled its latest track-only beast this past Friday. The futuristic speed machine may look awfully familiar to gamers. That’s because it made its debut in Gran Turismo Sport for the Playstation 4 back in 2017.

Since 2013, Sony has teamed up with some of the biggest automakers in the world to produce truly outlandish racers under the “Vision Gran Turismo” banner. Concept cars, by definition, are boundary-pushing, but the prototypes featured in the last three Gran Turismo games are on another level. The reason: they only have to exist in the virtual world, freeing designers from pesky little things like the laws of the road—or even physics. That’s a big reason why no marque has ever put one of these concepts into production. Until now, that is.

Vision Gran Turismo cars tend to look particularly flamboyant and the Solus GT is no different. The model, which was originally called the Ultimate Vision Gran Turismo, looks like the kind of race car you’d expect to see in a science fiction thriller set in the future. It’s got huge fenders over each wheel, a bubble cockpit and a gigantic rear wing. Its aerodynamic shape isn’t just meant to look cool—although it most certainly does—it’s meant to maximize performance. The car’s unique shape—along with its front splitter, vehicle-length ground-effect tunnels and massive rear diffuser—can produce more than 2,635 pounds of downforce. according to the marque. That’s 430 pounds more than the total weight of the vehicle.

The Solus GT only has one seat, giving its cockpit the feel of a fighter yet. It’s equipped with a carbon-fiber steering wheel with a TFT instrument display and a seat molded to its driver’s individual body shape. The car lacks the dihedral doors found on other McLaren hypercars, instead replacing them with a sliding canopy that incorporates a Formula 1-style halo cockpit protection device.

Powering the hypercar is a naturally aspirated 5.2-liter V-10 that the automaker says is unique to the vehicle. The mill is mated to a race-derived seven-speed sequential gearbox and can pump out 829 horses and 479 ft lbs of twist, while revving at up to 10,000 rpm. There are no firm performance specs available yet, but McLaren hopes it will be able to sprint from zero to 62 mph in 2.5 seconds and hit a top speed in excess of 200 mph. The engine and gearbox are integrated into the carbon-fiber chassis, which helps keep weight down to 2,205 pounds. The suspension incorporates double wishbones with inboard torsion bar dampening, while braking is provided by a set of six-piston monobloc aluminum calipers and carbon brake discs and pads.

The Solus GT, as you may have already guessed, will be hard to get your hands on. McLaren plans to build just 25 examples, all of which are already spoken for. No price was announced for the track-only hypercar, but we wouldn’t be surprised if it’s somewhere around the $2 million the Elva costs.