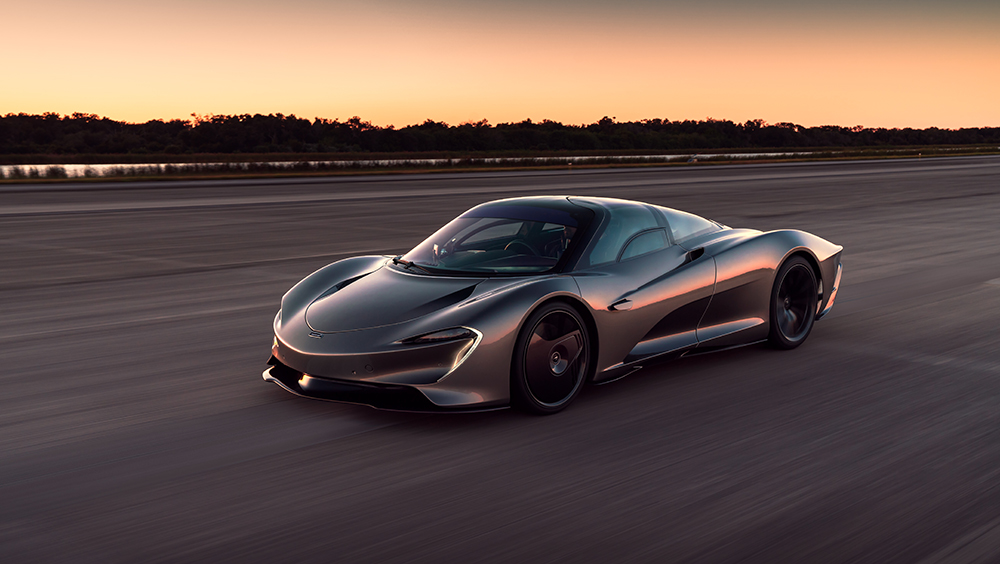 The last decade has seen the auto industry embrace electrification with gusto. But McLaren, maker of some of history’s most storied supercars, thinks there is another way to reduce the environmental impact of automobiles—synthetic fuel.

The British automaker’s COO Jens Ludmann said his company is convinced that synthetic fuel could put a major dent in emissions in a recent interview with Autocar. While the executive doesn’t view the nascent technology as a replacement for electric powertrains, he said the company believes it is a valid alternative, especially considering the environmental impact of producing batteries.

According to the Ludmann, McLaren is so interested in the idea that the company plans to build a prototype that will run on synthetic fuel. In fact, he says that converting a standard internal combustion engine, or at least McLaren’s version of one, wouldn’t even require that much work.

“The technology around synthetic fuels is still being developed, but if you consider that it can be produced using solar energy, easily transported and then pumped [into cars] as we know today, there are potential benefits in terms of emissions and practicality that I’m keen to explore,” he told the British magazine. “Today’s engines would need only small modifications, and I would like to see this technology get some more airtime.”

Ludmann said synthetic fuel represents just one potential alternative to batteries, not their replacement. “I’m not saying this to hold back battery technology but rather to highlight that there could be valid alternatives that we should consider,” he said.

While synthetic fuel-powered cars would still produce some emissions, Ludmann believes the output would be similar to that produced by an EV over its lifetime, especially when considering the impact of producing a lithium-ion battery. He also said that pairing the new technology with a hybrid system would reduce emissions even further. That’s a good thing, given that McLaren is already planning to hybridize all of its vehicles by the middle of the decade anyway.