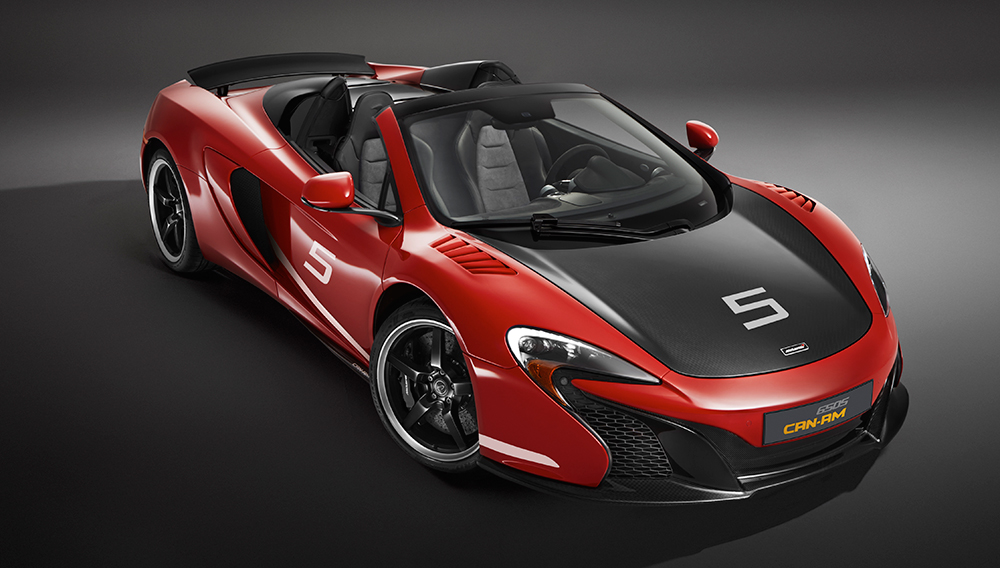 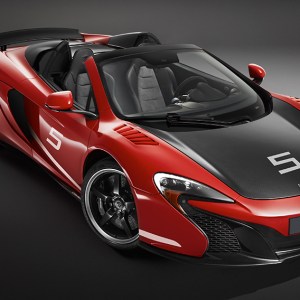 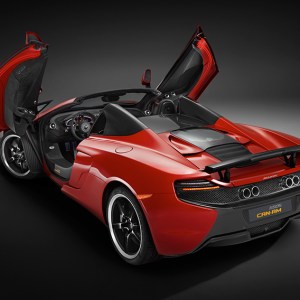 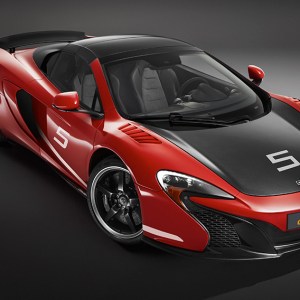 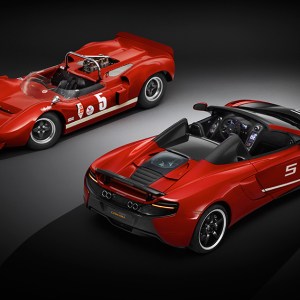 Honoring a winning track record unrivaled in motorsports, the McLaren 650S Can-Am will be another sure victory for the British racing marque. Named after the Canadian American Challenge Cup (Can-Am) series from the 1960s and ’70s, the car commemorates the 50th anniversary of the first cup competition—in St. Jovite, Quebec, Canada—and captures the innovative, boundary-breaking spirit those races inspired.

Designed by the McLaren Special Operations (MSO) division and based on the McLaren 650S Spider introduced in 2014, the Can-Am edition will house a 641 hp, 3.8-liter, twin-turbo V-8 engine capable of 500 ft lbs of torque—its bellow brought to the fore with McLaren’s new quadruple-tailpipe configuration. With a power train that includes a 7-speed, dual-clutch gearbox, the speedster can bolt from zero to 62 mph in 3 seconds and reach a top speed of 204 mph.

As with the original cup contenders that weighed less than 1,764 pounds, the Can-Am is light as well as fast, with a carbon-fiber MonoCell chassis that tips the scales at only 165 pounds. Carbon fiber also comprises the hood, the front splitter and louvered wings, the front and rear grill, much of the car’s cabin, and the retractable two-piece hard top. The latter can be activated at speeds up to 24 mph, raising and lowering in 17 seconds.

It’s a level of security far surpassing its Can-Am cup predecessors. As the category of competition had very few restrictions, riding the edge was a requirement, and the McLaren team ruled—racking up 43 first-place finishes in five years and winning every Can-Am championship from 1967 to 1971. But the legacy did not come without loss, as founder Bruce McLaren would perish while testing a new prototype in 1970.

A fitting remembrance to McLaren’s history and its founder’s vision, only 50 examples of the commissionable 650S Can-Am will be built, starting at a price of $334,500. The first deliveries are planned for spring 2016. (cars.mclaren.com)