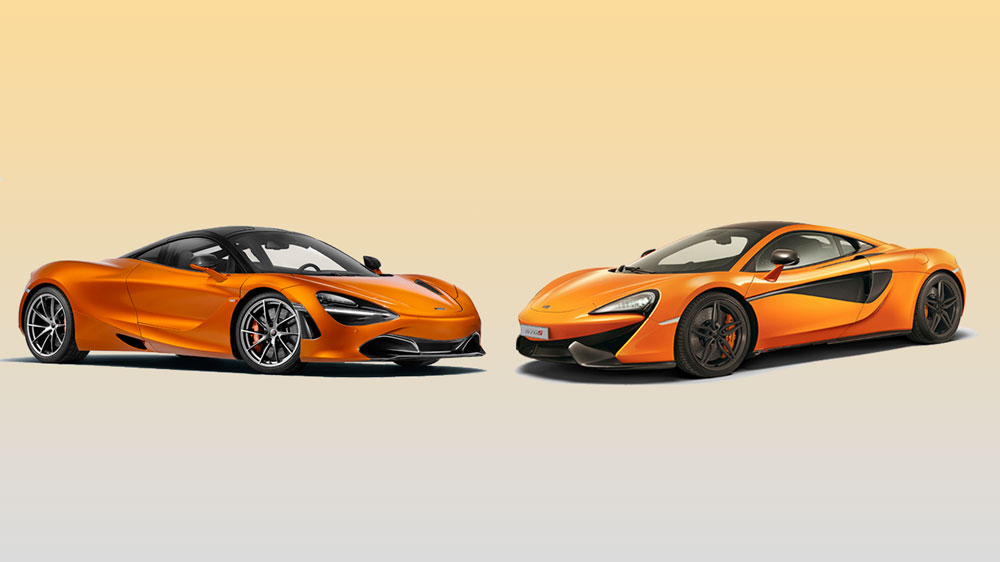 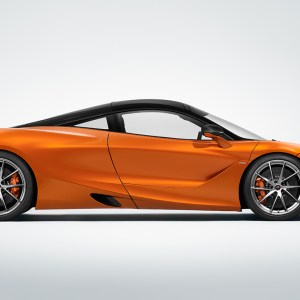 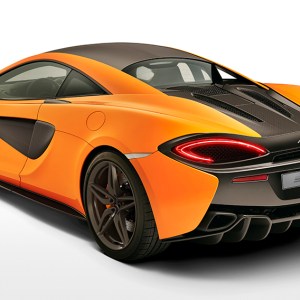 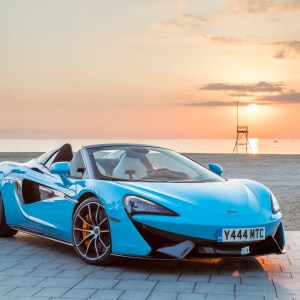 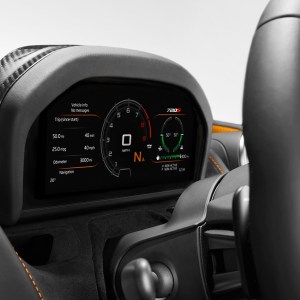 A friend asked which model I’d most want to own, and it gave me pause. The answer seems obvious. The 720S is priced and powered above the 570S after all. (In McLaren parlance, they are “Super Series” and “Sports Series” models.)

The 710 hp McLaren 720S is the marque’s most powerful car in production.  Photo: Courtesy McLaren.

But there’s an uncomfortable truth concerning supercars with supersized power: You’ll never properly use all those romping horses. You can only go as fast as road conditions permit—and roads that can accommodate 700 hp are a rarity indeed. (Let’s not even get into the legalities.)

There was a time when very few road cars had more than 500 hp. But the McLaren is hardly alone these days in the 700-plus range. When even a Dodge model, the Demon, has a boggling 840 hp, it’s little wonder that the Ferrari 812 Superfast better live up to its name with 789 hp; or that hypercars like the Koenigsegg Agera RS must deliver more than 1,100 hp. And of course there’s the latest 1,500 hp Bugatti.

Using all that power is another matter, as I was recently reminded on the snaking mountain roads above Malibu. I had a brand-new 720S at my disposal and one of the only empty roads in all of Los Angeles on a weekday morning, a slice of Californian heaven. It was perfection—except for one thing. The road couldn’t match the McLaren’s awesome hp and torque. Winding through the turns, my gas foot was usually only depressed a fraction. On a straightaway I would punch it for perhaps two “Mississippi” at the most before forcefully applying the carbon-ceramic brakes.

The 720S is heroically, maniacally fast. The kind of fast that instantly stops all conversation in a car and makes a passenger’s eyes go glassy as they unconsciously hold their breath and think about their loved ones. It’s the kind of fast which elicits deep, relieved giggles when the driver gets off the gas and onto the brakes.

Don’t get me wrong. This sensation is singular, and for many of us, absolutely worth the sizable price of admission. The McLaren breaches the 60 mile-per-hour mark in 2.8 seconds from a standstill. But there’s also a slight wave of disappointment familiar to any artist or craftsman who loves his tool of the trade and comes to the realization that he can never fully utilize that instrument to its capabilities. Imagine if you were an average violin player, and were handed a Stradivarius. You’d always know that it would be better in someone else’s hands, preferably onstage at Carnegie Hall.

“Why don’t you just take the 720S to the racetrack?” you might ask, and you’d be right. And I have. As expected, it’s brilliant there. But even on a long straight festooned with Armco safety barriers and paramedics nearby, the car is soon moving at such velocities that you simply have to wonder: Is it too much?

Consider that even racecars are limited in power by their respective series. In the IMSA WeatherTech series, which runs at places like Daytona, the fastest production-based cars—like the Porsche 911 RSR GTE and the Ford GT GTE—are limited to 525 hp.

To the 720S’s great credit, all that potency is easy to corral. I drove it on Southern California’s 405 freeway (and braved Tinseltown’s speed bumps) and it was totally comfortable. The engine is fine in stop-and-go traffic. But, as I gave a Hollywood agent friend a ride along Mulholland, he sighed. “I love this car,” he confessed, “but it would drive me crazy to never be able to use its full potential in Los Angeles.”

Which brings me to the 570S—available as a coupe, GT, and Spyder. I spent a week in the coupe around Manhattan, and several days in Spain in the convertible. Like the 720S, it was well behaved in even city traffic.

But when you reach a great, curvy road, the 570S delivers. Over-delivers, even.  After all, 562 horses and 442 ft lbs of torque are still fearsome numbers, and the Spyder makes 60 mph in 3.4 seconds.

I threw the convertible into curve after curve, wind whipping in my face, enjoying the great range of the twin-turbo V-8 roaring behind me. And I felt highly satisfied. On a legal road, I felt like a skilled craftsman who had the perfect tool of the trade.