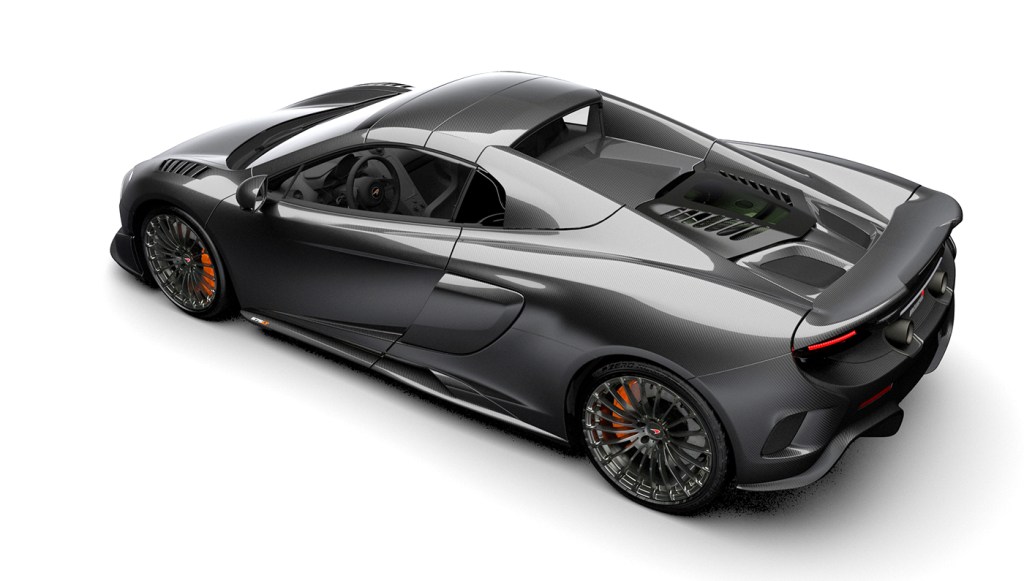 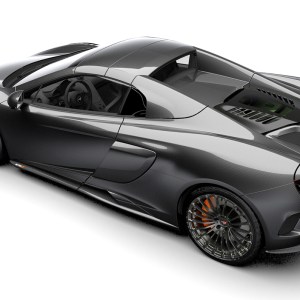 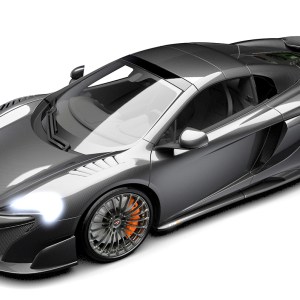 Announced today, the McLaren Special Operations (MSO) Carbon Series 675LT Spider takes “light and fast” to the next level. Based off of the limited-edition 675LT Spider (McLaren’s fastest roadster to date) that debuted in December, the new variant features a body completely covered with a gloss carbon-fiber application. The decision to use 40 percent more of the material than on the original model is due to the popularity of the carbon-fiber McLaren P1 showcased at the Geneva International Motor Show in March.

The composite convertible reflects the marque’s “longtail” design made famous by its F1 GTR racecar that took second and third place at Le Mans in 1997. Both componentry and aerodynamic aesthetics will incorporate carbon fiber, including the front bumper (with enlarged splitter) and rear fender, front underbody, side skirts and intakes, diffuser, “longtail” airbrake, and electronically retractable roof and tonneau.

Giving more power per pound is a 3.8-liter twin-turbo V-8 engine unleashing 666 hp and 516 ft lbs of torque. And to ensure that there is no loss in performance and handling when paired with the new body construction, 50 percent of the power train’s parts will be replaced from the standard version. The result will be the same launch rate (from zero to 62 mph in 2.9 seconds) and top speed (203 mph) as the latter and only a .2-second decrease in acceleration compared to the coupe. To help measure the metrics, the McLaren Track Telemetry Pack (with three cameras) will also come with the car.

Beginning in the fall, only 25 examples will be produced with first deliveries planned for the end of the year. But as quick as the new MSO Carbon Series 675LT Spider promises to be, demand has it beat, as each one has already been presold. (cars.mclaren.com)