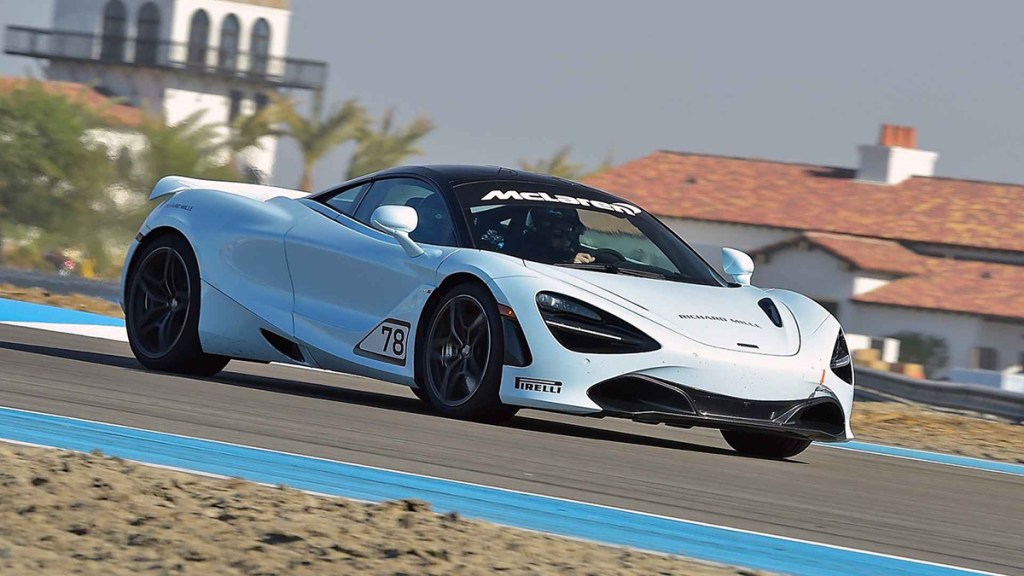 Thermal Raceway, located about 20 miles outside of Palm Springs, California is essentially a billionaire’s playground. The 2.7-mile stretch of pavement (in this configuration) engulfs the surrounding desert in 18 turns, an expansive infield, and one long straight good for speeds of up to 140 miles per hour. It’s a fast, fiery track – and at nearly 100 degrees in early October, the climate of this event certainly matched the attitude of the track.

I attended Pure McLaren, a driving program the British supercar maker kicked off at Monza in 2017. Its goal is to give a few lucky drivers the taste of what McLaren vehicles are capable of on the track. That means pushing the limits of some of its most extreme vehicles in its repertoire: The 570S, the 650S, and now, the 720S. By the end of 2017, McLaren customers recorded more than 300 days on the track – and the company is already on par to double that number in 2018.

To date, McLaren has taken customers to tracks like Circuit of the Americas in Austin, Texas, the Bahrain International Circuit in Sakhir, and Portimao in Portugal. The company’s first stop at Thermal Raceway in Palm Springs happened this year, and I was lucky enough to join the fun firsthand.