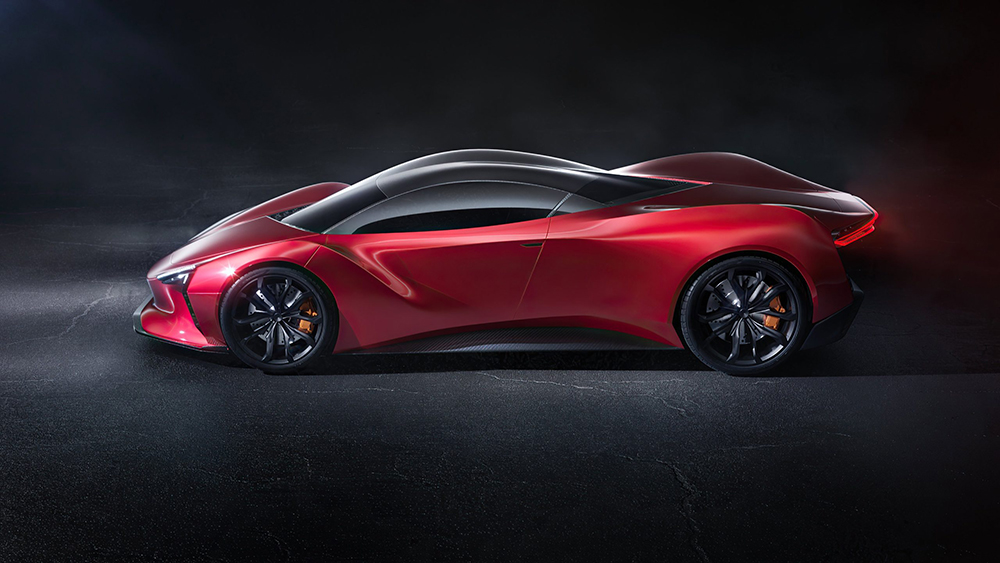 It’s not all that often that an EV offers more power than, say, a Pagani, but Mean Metal Motors is promising exactly that. The India-based outfit has just unveiled a new electric hypercar with enough grunt to outrun one of Horacio’s prized V-12 beauties.

The battery-powered beast, which goes by the name of Azani, is actually a riff on the automaker’s M-Zero model that was released five years ago. Thanks to advances in tech, the EV has come a long way since then and is billed as the most powerful version of the M-Zero yet.

The zero-emissions hypercar is equipped with a 120kWh battery pack and an electric powertrain that reportedly produces a whopping 1,000 hp and 737.5 ft lbs of torque. By comparison, Pagani’s current most powerful car, the 2021 Huayra R, sports a naturally aspirated 6.0-liter V-12 engine that churns out 850 horses and 553 ft lbs of twist.

The Azani trumps the Huayra in terms of speed, too. The company claims the all-electric four-wheeler hit 220 mph at full tilt whereas its petrol-guzzling twin tops out 199 mph. Furthermore, the Azani promises breakneck acceleration. It can rocket from zero to 60 mph in 2.1 seconds and has the ability to pull two Gs in the corners. It will also bring an above-average estimated range of 325 miles, according to the company.

As you might expect from any hypercar, the Azani sports a sleek silhouette along with masterful aerodynamics and the latest tech. It’s built around a “Skateboard Aluminium Spaceframe” that’s mated to a double-wishbone suspension setup with adaptive MR damping and a ventilated carbon-braking system.

Interestingly, Mean Metal Motors says it’s “changing the way cars are made,” and, to that end, it will use fewer components to ensure the Azani is up to four times cheaper to build and more readily available. That’s a good thing, too, since the latest Huayra costs roughly $3.1 million and will be limited to just 30 examples.

Mean Metal has not set a timeline for the Azani’s release nor listed the price, but it’s already accepting reservations via the website.