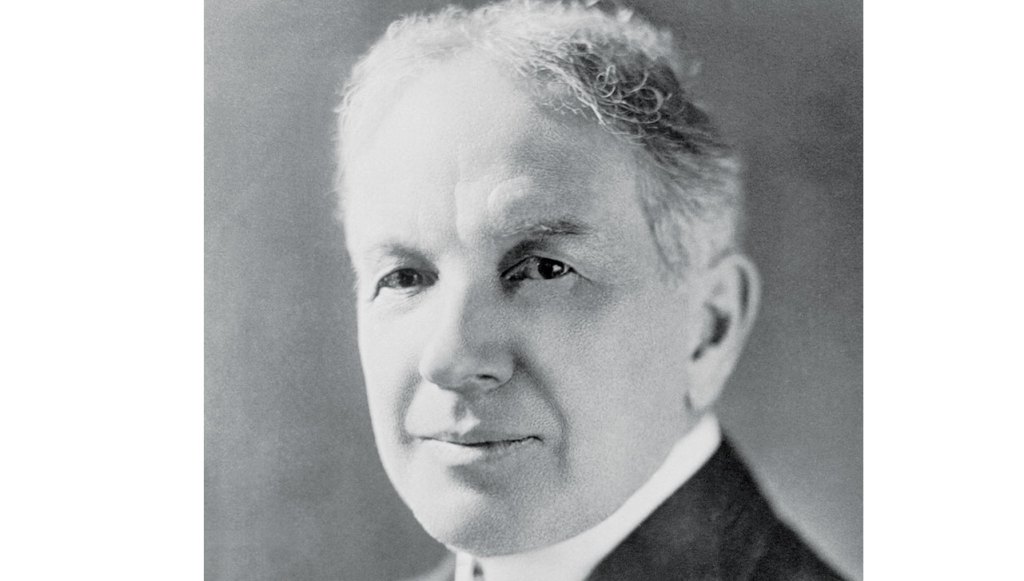 Our fates are held not in the stars, as Shakespeare mused, but in ourselves, and few men of destiny were more manifestly the agents of their own making and undoing than William Crapo Durant (pictured). Born in 1861, the son of a New England innkeeper possessed of prodigious charm and an even more prodigious thirst, the young Durant began with modest prospects. After his parents’ marriage ended, he moved with his mother to Flint, Mich., where her father, Henry Howland Crapo, operated a successful lumber business. Crapo had grasped early on the profitable principle of vertical integration and, in defiance of common practice, built his own sawmills and even a railroad to transport his wares.

Durant, who quit high school to go to work, was as charismatic and incautious as his father; yet he also inherited Crapo’s tolerance for risk and aptitude for organizing. The combination made him an irresistible salesman and a shrewd entrepreneur. In 1885, he raised $2,000 to buy the manufacturer of a two-wheel cart with a spring-mounted seat and restructured the firm on his grandfather’s plan. By controlling all aspects of supply and production—and plying clients with his native charm—Durant multiplied his investment a thousandfold.

The fortune he made on his horse carts, however, did not blind Durant to the possibilities inherent in the horseless version, which, by the advent of the 20th century, was crowding its equestrian counterpart off the roads. In 1904, a consortium of investors approached him about recapitalizing a small automaker that had been launched by a plumbing-parts manufacturer named David Dunbar Buick. Durant raised the money, took the company’s Model B on the road—where he racked up an impressive roster of orders—and vertically integrated the business, buying up producers of axles and other parts. By 1908 he had hatched a scheme for consolidating the growing industry by bringing a variety of marques under the aegis of an umbrella corporation. He lobbied Wall Street bankers and, in September of that year, formed General Motors with capital in excess of $12 million. This treasury enabled him to acquire a large portfolio that included Buick, Oldsmobile, Oakland Company (later Pontiac), and—for a sum approaching $5 million—Cadillac.

In 1910, however, GM’s revenue began to fall perilously short of its expenses, and Durant struggled to find lenders to stave off bankruptcy. In the end, his most extravagant purchase proved the company’s salvation: The Cadillac division’s hefty profits convinced a syndicate of banks to lend $15 million. The price of reprieve was high for Durant, whose creditors installed a new board and a new president. In 1911, when the new management discontinued the affordable Buick Model 10, which was designed to compete with Ford’s Model T, Durant decided to build a car on his own.

Marketplace machinations, not mechanics, were Durant’s arena of expertise, and in hiring the racecar driver Louis Chevrolet to build his new vehicle, Durant was actually arranging his conquest of GM. The low-priced Chevrolet did well, attracting both consumers and investors. With venture capital in hand, Durant offered holders of GM securities a generous swap of four or five shares of Chevrolet for one share of the larger company. The stratagem worked, and by 1916, Chevrolet owned more than half of the stock in Durant’s beloved brainchild.

If the business savvy that Durant inherited from his grandfather restored him to the corporate throne, the impetuous nature he got from his father once again unseated him—this time permanently. The reinstated president at once resumed his buying spree, and GM quickly metastasized. Once more, Durant appealed to the banks for massive sums and, as share prices plunged, bought the falling stock with borrowed funds. As his personal finances crumbled, the banks—concerned about his millions of shares being dumped on the market—urged the company to purchase them, providing Durant with the money to repay his creditors and, at the same time, nullifying his influence. The ousted entrepreneur tried once more to retake the driver’s seat by launching another company, but Durant Motors drove him not back into the boardroom, as he hoped, but into bankruptcy. Broke and broken, the creator of North America’s automotive colossus died in 1947, after finishing his career behind the counter of a Flint hash house.