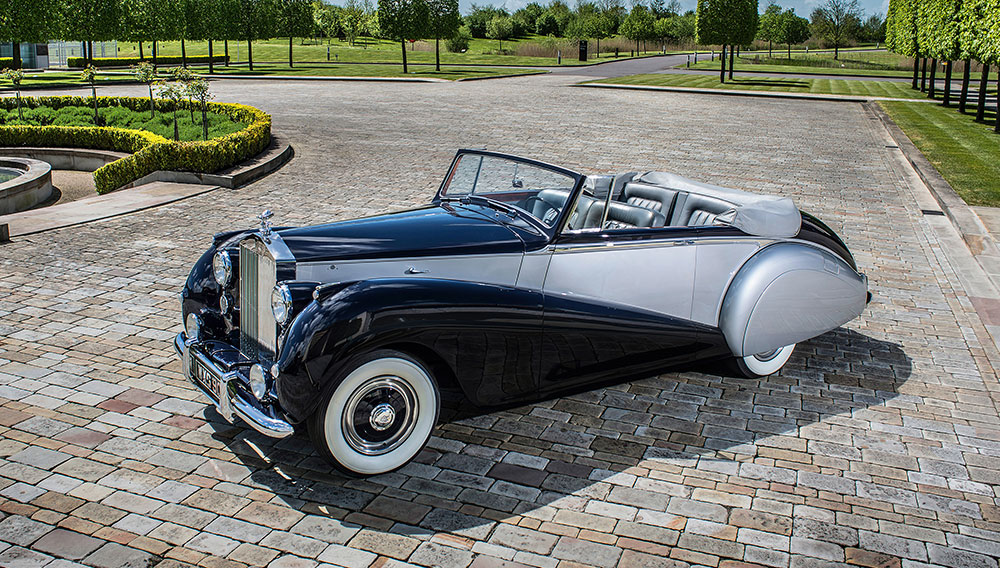 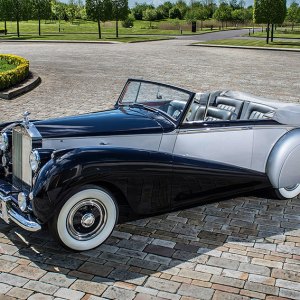 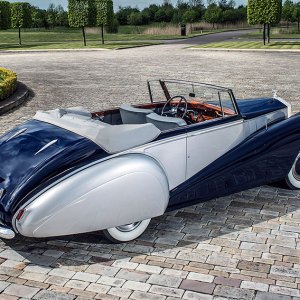 On a recent misty morning in Beverly Hills, a handful of journalists walked up the steep driveway of a private residence to see Rolls-Royce’s latest top-secret project: the forthcoming Rolls-Royce Dawn drophead coupe.

The name is a nod to the 1953 Silver Dawn drophead coupe, a smaller, lighter Rolls-Royce designed for those who wanted to drive their cars rather than be chauffeured in them. Based on the Bentley Mk VI, the Silver Dawn used a 4.6-liter, inline-6-cylinder engine, and a 4-speed automatic transmission, with coachwork by Park Ward. Only 28 examples were made.

The next Rolls-Royce Dawn attempts to capture that same exclusivity. “You certainly don’t want to see one on every corner,” says Eric Shepherd, president of Rolls-Royce North America.

The name is also a shift from Rolls-Royce’s supernatural nomenclature to a sunnier, more optimistic image. “We are moving away from ethereal names, not slightly dark and menacing. It’s the sense of a new start,” says Shepherd.

Although we cannot show photos of the new Dawn just yet, we will share photos and more details when the Rolls-Royce Dawn is revealed in early September. (rolls-roycemotorcars.com)