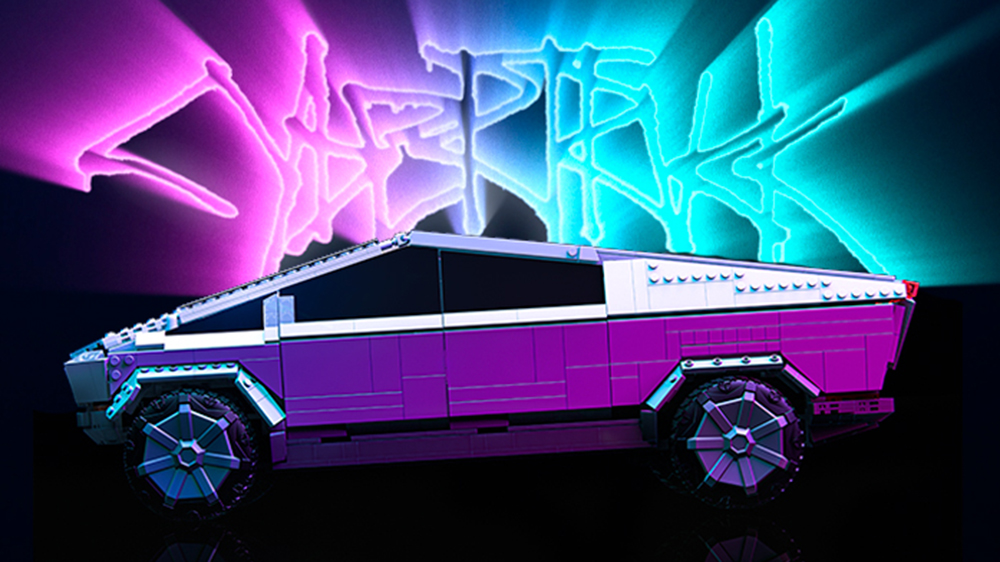 Tired of waiting for the Tesla Cybertruck? Thanks to Mega you can now build one yourself.

The toy company, which is best known for its intricate Lego-like block sets, has teamed up with the EV giant to produce the first buildable version of its eagerly anticipated battery-powered pickup truck. The kit consists of 3,283 resin pieces and includes everything you need to construct a Cybertruck of your very own—even a pair of cracked windows.

Mega may be a toy company, but its Cybertruck isn’t for children. Instead, it’s a functional model aimed at those 14 years of age and older. And even though it’s been shrunk down, it still takes up some space. The model is a 1:12 scale recreation of Elon Musk’s automotive passion project, meaning it measures 19.7 inches long, 7.5 inches wide and 6.7 inches tall. It was also specifically designed to be put on display.

It may not have a sub-three-second 0-to-60 time or a 500-mile range, but the scale Cybertruck has several true-to-life features, according to a press release. These include an adjustable suspension, which allows you to raise and lower the vehicle’s ride height, as well as a tonneau cover that can be popped on and off to reveal a bevy of tools like a Tesla-branded mug, a sledge hammer and a jack. There’s even a folding tailgate that slides into the vehicle’s frame.

Our favorite details, though, are the interchangeable driver-side windows. The model comes with two sets: one that is completely clean and another that is badly cracked. That’s right, the second two look just like the windows that Musk accidentally shattered while trying to show off their bullet-proof strength at the vehicle’s public unveiling in November 2019.

Earlier this week, it came out that the full-sized Cybertruck, which Tesla had hoped to start building sometime this year, would be delayed until 2023. The wait for Mega’s version will be much shorter. The brand’s model set goes on sale Friday, Oct. 15, though the Mattel Creations website.

And since it’ll only cost $250, compared to the tri-motor Cybertruck’s $69,900 starting price, time won’t be the only thing you end up saving.