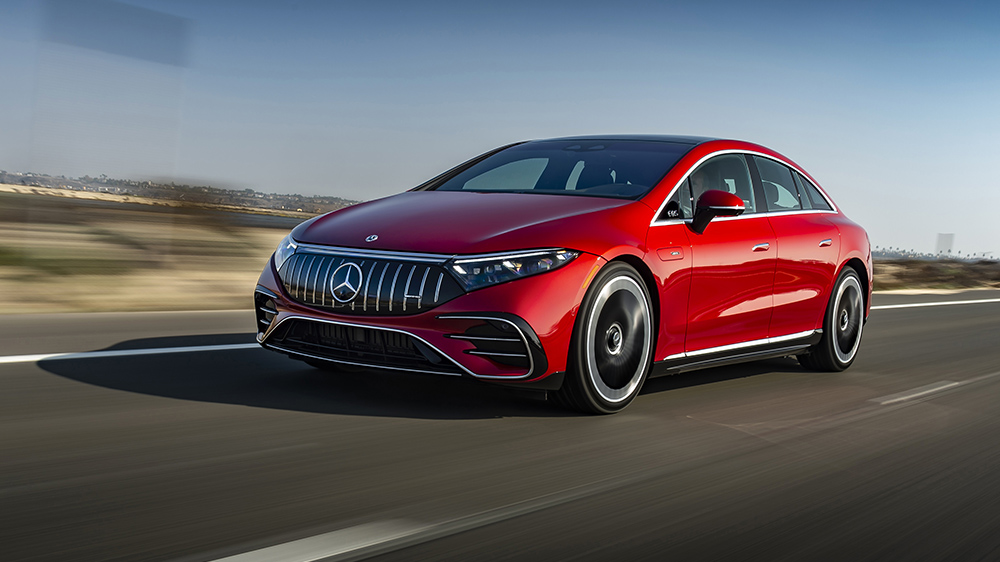 Now we know how much it will cost to get behind the wheel of Mercedes-AMG EQS.

Mercedes’s high-performance division has just announced that its first all-electric vehicle will start at $148,550. We also have a better idea of what to expect from AMG’s take on the battery-powered saloon when it arrives in American later this year.

The Mercedes sub-brand has gone all out to give drivers a lot for their money. Each AMG EQS will come with a dual-motor, all-wheel-drive 4MATIC powertrain that can produce 649 hp (and up to 751 horses), as well as its adaptive Ride Control+ suspension setup. The EVs will also be packed with luxury features, like the dashboard-spanning MBUX infotainment system, a Burmester surround sound audio system and heated leather seats. The US market is also getting two curated trims, Exclusive and Pinnacle, though it is unclear what special features these packages will have and how they will be different form one another.

The automaker is throwing in a bonus that could prove to be vital for EV skeptics: free charging. Anyone who buys a new AMG EQS will get two years of free fast charging at Electrify American stations. There’s a catch, though: You can only hook up the sedan to the company’s chargers for 30 minutes at a time. The number of charging sessions is uncapped. Complimentary maintenance is also included in case you’re worried about being too early of an adopter.

The AMG version of the battery-powered sedan will hit US dealerships later this spring. If you want an even more capable version of the already impressive EQS, now may be the time to get your finances in order.