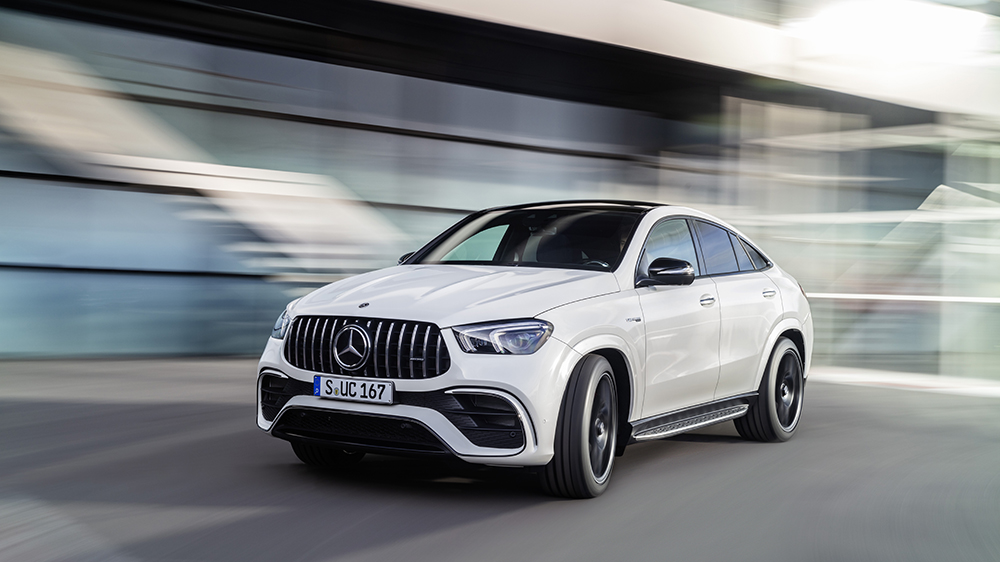 Mercedes-AMG has been pushing the limits of SUV performance for over two decades now, but it seems to have really outdone itself with its latest vehicle. That’s due in no small part to more than 600 horses under the hood of the new GLE 63 S crossover.

On Tuesday, the German automaker’s performance division announced that the latest coupe version of its GLE 63 S SUV will make the journey across the Atlantic later this year. While any enthusiast will tell you that a new AMG is reason enough to celebrate, this is especially true when the vehicle is a full-sized SUV with the performance numbers normally reserved for one of the marque’s sports cars.

First things first: The redesigned GLE 63 S Coupe is powered by a brawny 4.0-liter V8 biturbo engine capable of churning out  those 603 horse and an equally impressive 627 lb-ft of twist. Mated to a nine-speed automatic transmission, it’s capable of launching the crossover from 0-to-60 mph in a blink-and-you’ll-miss-it 3.7 seconds. That’s fast for any vehicle, let alone an SUV that measures over 16 feet long (we’re still weighing on its curb weight). The SUV will be capable of reaching an electronically-limited top speed of 174 mph.

Outside the engine bay, the vehicle comes equipped with all-wheel-drive system standard, as well as the automaker’s EQ Boost starter-generator and a 48-volt on-board electrical system. It also features AMG’s Active Ride roll stabilization system and adaptive suspension dampeners to ensure a smoother ride, no matter how fast you’re traveling.

Outside the SUV’s tech, the GLE 62 S Coupe features a distinctive design that won’t be for everyone. Basically, the brand has taken the more traditional look of the standard SUV and given it a new room that slopes downward toward the rear of the car.  The result is a sportier but decidedly hatchback-like appearance. Other differences include flared fenders, a rear diffuser and AMG badging. Inside you’ll find all the luxury touches you’d expect from the automaker, along with its MBUX infotainment system, which includes a 12.3-inch digital instrument cluster and 12.3-inch central media display with touchscreen.

Mercedes-AMG has yet to announced an exact on-sale date for the 2021 GLE 62 S Coupe, but it is scheduled to arrive in dealerships before the end of the year. It will start at $117,050.