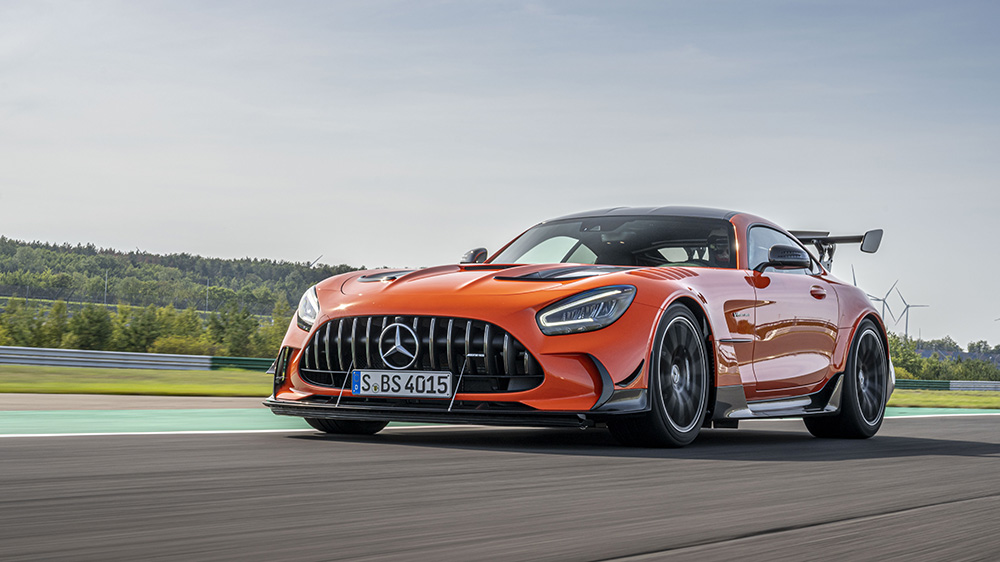 It’s been clear from the get-go that Mercedes-AMG GT Black Series was going to be an elite speed machine. But now that we have a better idea what the street-legal sports car is capable of, it looks like it might even be a record breaker.

In a new YouTube video posted on Wednesday (via Road & Track), popular car vlogger Misha Charoudin claims that he witnessed the GT Black Series set a new lap record for a production vehicle at the famed Nürburgring Nordschliefe in Germany. According to the clip, the car completed a circuit around the track in 6:43, besting a mark formerly held by the Lamborghini Aventador SVJ.

That time, which has not yet been independently confirmed, would mean that the AMG-built speedster broke the Aventador SVJ’s 6:44.97 lap record by at least a full second. Any record is something to be proud of, but breaking a mark that’s stood for more than two years—the Raging Bull supercar’s mark was set way back in July 2018—would be especially sweet.

Mercedes’s performance division did not immediately respond to a request for confirmation from Robb Report. A Wednesday tweet by AMG GT3 racing driver Maro Engel confirmed that the car was undergoing testing at the track but that there hadn’t been an official attempt at the record yet. Of course, that doesn’t mean it wasn’t set by accident.

While the Nürburgring record has tended to bounce between Lamborghini and Porsche in recent years, it should come as no surprise that the AMG GT Black Series would at least make a run at it. The car’s engine, a heavily modified version of the twin-turbocharged 4.0-liter V8, has been used in several AMG GT race cars. That powerhouse is capable of outputting a brutish 720 horses and 590 lb ft of torque thanks to a bigger turbos and a new flat-plane camshaft design. In the vehicle’s official announcement, the automaker said the car can accelerate from zero to 60 mph in 3.1 seconds, 0 to 124 in nine seconds and hit a top speed of 202 mph on the radar gun.

Speed record or no, all that performance will likely come at a steep cost. A price has yet to be announced for the GT Black Series, but it should surpass the GT R Pro’s $200,645 starting price. Deliveries are expected to start in early 2021.