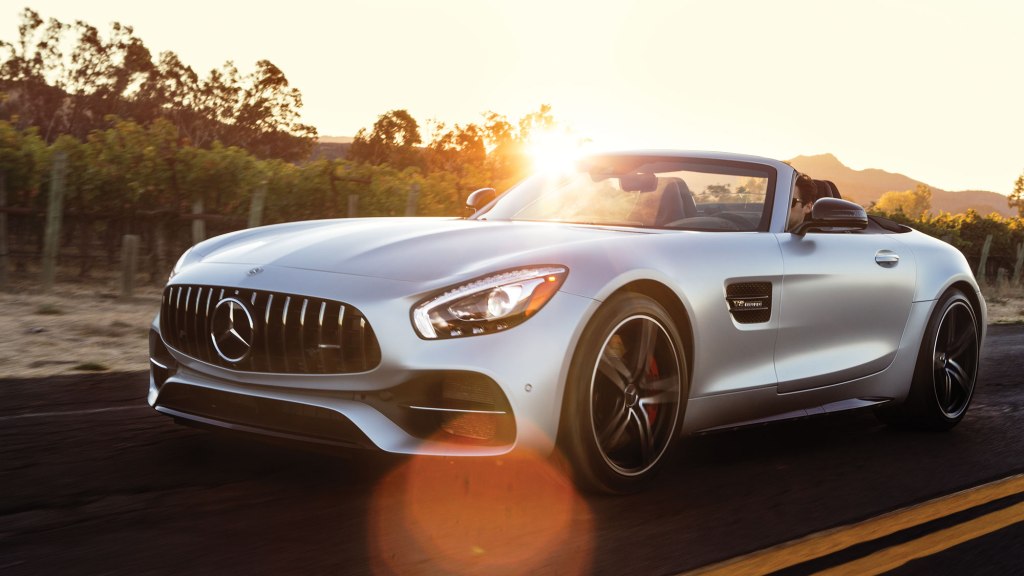 “Ready, set, launch,” Brian Stoffers declared of this rear-wheel-drive rocket. The GT C roadster, along with the rest of the GT family, has been fully designed, developed, and engineered by AMG, the high-performance division of Mercedes-Benz. This is the most powerful of two roadster variants, differentiated by a wider stance and vertical bars across the signature grille (also used on the AMG GT R, and inspired by the iconic 300SL gullwing and roadster of the 1950s).

Many noted its “classic” styling, with a long dash-to-axle distance and proportions that hint at its rear-wheel-drive architecture. Julian Shles cited “raw power” coming from the GT C’s hand-built 4-liter, twin-turbocharged V-8, which Charles Veth deemed “amazing.” Russ Faulk hailed it as “a German interpretation of a muscle car,” and Jim Messemer admired its “powerful, incredible craftsmanship.” Mark Newman advised that “it’s a worthy successor to the SLS Roadster and less costly,” while Tom Montgomery warned, “It scares the hell out of you and brings a smile to your face all at the same time.” Bob Berry observed that the interior is “one of the best” of all our Car of the Year competitors, and several judges noted the sporty exhaust note (Bill Reid, however, thought it sounds like “farts when changing gears”).

In the cabin, the flat-bottomed steering wheel felt meaty but not too thick. The dash has no giant wide-screen displays like those in the Mercedes-Benz E-Class and forthcoming S-Class sedans; there’s nothing to distract you from the driving. The napa-leather sport seats sit low to the ground, making some feel more connected to the road. Others, however, complained of poor visibility due to the low seating position (Nelson Gerard said it felt like “sitting in a bathtub”), and several judges noted “hard” and “uncomfortable” seats. Nonetheless, Michael Ingram maintained that the GT C “embodies what a roadster should be.”