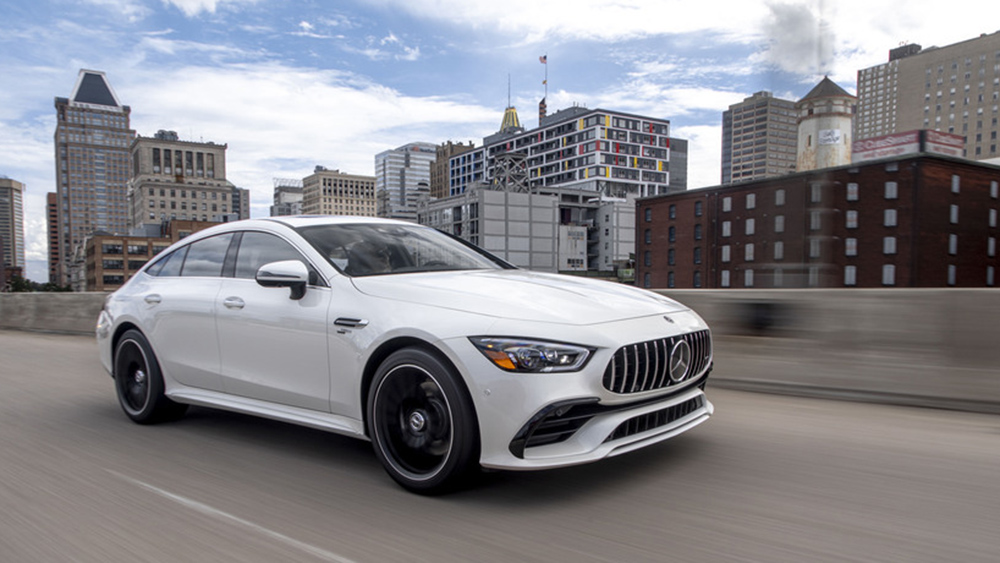 In news sure to please German car lovers, Mercedes-AMG’s lineup of high-performance luxury vehicles is expanding for the 2021 model year. And the latest entry, the GT43, is one of the brand’s most accessible models yet.

Introduced on Tuesday, the sporty sedan is the first entry in the AMG GT line to start at less than $100,000, according to Car and Driver. But don’t get it twisted; though the barrier to entry has been lowered a tad, the car still promises to be a high-performance beast.

The closest comparison for the new four-door is the GT53. And the two hatchback sedans look nearly identical, which in this case is a very good thing. That means that the curvaceous GT43 looks like elongated version of the sleek and spaceship-like GT coupé, the brand’s answer to the Porsche 911. The biggest difference between the two is that the four-door’s larger cabin area looks as if it was actually designed for full-sized adults.

The similarities cross over to the GT43’s spacious interior. Mercedes-AMG knows a thing or two about luxury, and they haven’t skimped on anything with their new sedan. It features a massive touchscreen that runs the company’s latest MBUX user interface, an AMG-specific center console and a Burmester stereo system. And because this is a car designed for long-distance cruising, it features comfortable seating covered in quilted leather for the entire family.

As similar as the GT43’s exterior and interior may be to the GT53, things are little different under the hood, according to a press release from the automaker. That’s because the new car features a slightly detuned version of its older siblings 3.0-liter straight-six. The specs are a bit lower—horsepower has been reduced from 429 to 362 and torque from 384 to 369 lb-ft—but the car can still fly, going from 0 to 60 mph in just 4.8 seconds. The US-bound version of the sedan also included a standard all-wheel-drive system and a nine-speed automatic transmission.

But what might be the notable change is the GT43’s price tag. The new car will start at $90,950 when the destination fee is included. This entry-level sticker price—if a Mercedes AMG can be said to be “entry-level”—is a full $10,000 less than the GT53 and more than $25,000 less than the GT. And when you consider what you’re getting, a family-sized vehicle that can really move, it might even be a bargain.