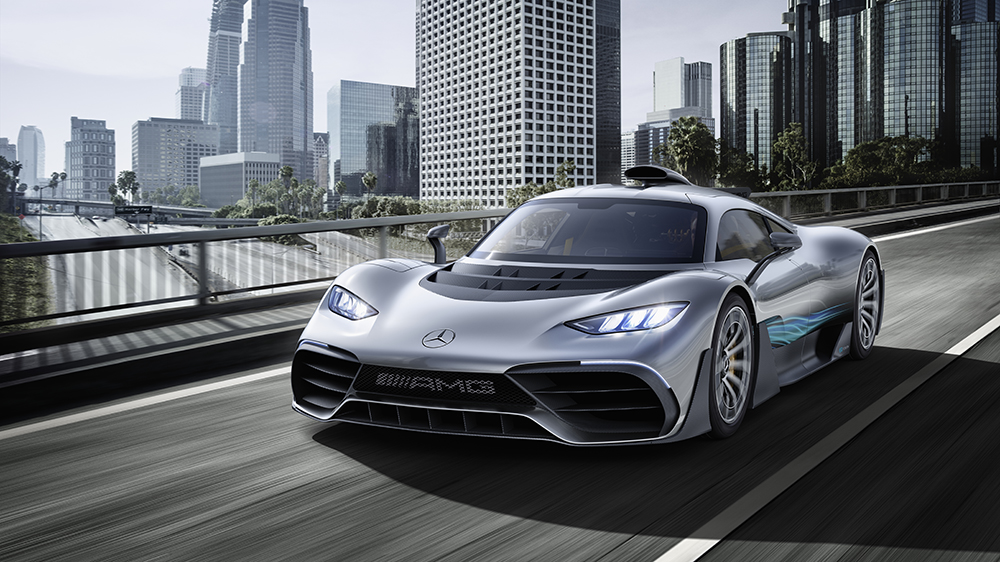 The finish line is finally in sight for the Mercedes-AMG One.

The German marque’s performance division has emailed customers who ordered the hybrid hypercar to let them know the much-anticipated vehicle will finally go into production in mid-2022, AMG confirmed to Robb Report on Thursday. The news, which was first reported by Autocar, marks an end to one of the more torturous automotive development phases in recent memory.

That’s because the One was first shown off by Lewis Hamilton in concept form way back in 2017 as part of the division’s 50th anniversary celebrations. While a hypercar from a brand like AMG was always going to garner attention, this was especially true of one equipped with a Formula 1-sourced hybrid powertrain. Consisting of a 1.6-liter turbocharged V-6 engine and an electric motor, the powertrain will supposedly generate more than 1,000 horsepower, allowing the car to slingshot from 0 to 124 mph in under six seconds and hit a top speed of 217 mph. We still don’t know if the car will be able to deliver on those promises, but it certainly sounds like it will.

Unfortunately, turning a Formula 1 racer into a road car appears to have been more difficult than initially anticipated. Production of the plug-in hybrid was originally supposed to begin in 2019, but has repeatedly been pushed back because of engineering issues. Chief among these has been getting the powertrain to comply with increasingly strict European emission standards and problems with the engine’s idle speed. The AMG team never stopped working on the car— it has been spotted undergoing testing multiple times—and now it appears the car is finally ready for its big moment.

Just because the One will finally go into production in 2022 doesn’t mean you’ll have any better chance of getting your hands on one. All 275 examples of the hybrid speed machine have already been spoken for, despite the car’s jaw-dropping $2.6 million price tag. There appear to be no plans to increase the production run despite all the delays.

Regardless, with both the One and AMG GT 63 S E Performance set to go into production next year, Mercedes-AMG’s electrification push is really starting to build up speed.