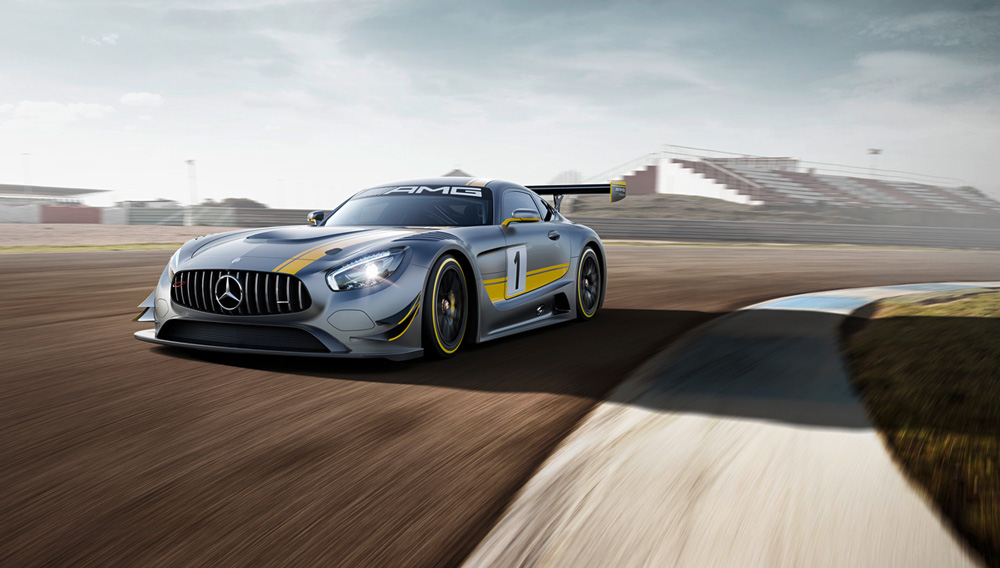 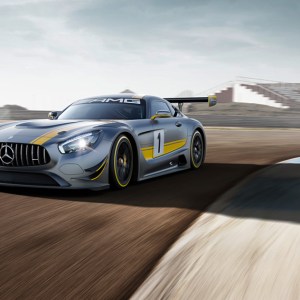 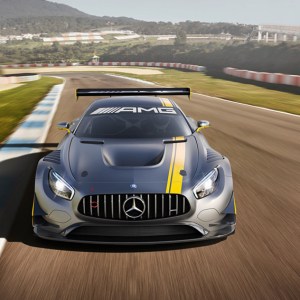 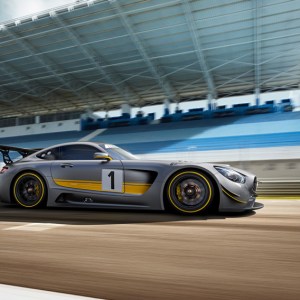 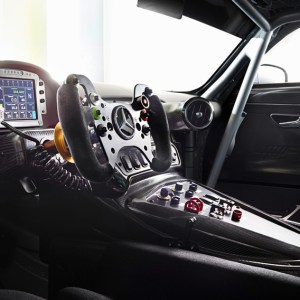 Mercedes-AMG accompanied the recent release of its road-going Mercedes-AMG GT sports car with a racing version specially developed to compete in the FIA GT3 European Championship. The Mercedes-AMG GT3 is the company’s second take on a consumer racecar, with which it hopes to improve on the success of the Mercedes-Benz SLS AMG GT3, as well as broaden the marque’s customer sport program.

The enhanced 6.3-liter V-8 engine—taken from the SLS AMG GT3—contributes to increased acceleration, along with weight-saving components, such as the aluminum frame and carbon-fiber engine cover, doors, front wing, and diffuser. Mercedes-AMG says every alteration to the bodywork has been designed to maximize performance, giving drivers the advantages needed to win races.

The aggressive styling helps set the tone for the car’s high-performance potential, featuring matte-grey paintwork, a widened vehicle body, and a massive rear wing. The car’s cockpit is essentially the same as that of the road car, offering a steering wheel with paddle shifters. Once of the main differences between the cars is that, to ensure racing safety, the GT3 is outfitted with a rollover cage made from high-tensile steel.

Once the car undergoes an intensive testing phase—including participation in real-world races this summer—it will be shipped to customers starting at the end of this year. The company has not yet announced pricing. (mercedes-amg.com)