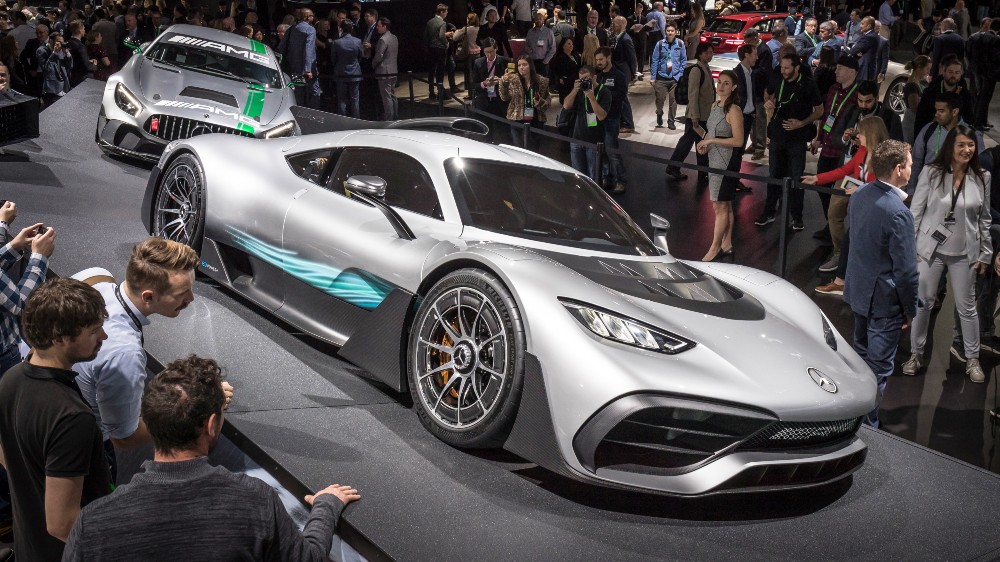 Better late than never? Mercedes-AMG is hoping its customers think so. The automaker’s hotly anticipated plug-in hypercar will miss its targeted 2019 release, but the marque promises that drivers will get to experience the hybrid within two years.

AMG has confirmed that the One hypercar will now go into production in 2021, according to Car and Driver. But despite the significant delay, the automaker wants drivers to know that it’s as focused as ever on the 1000-hp, Formula One-based car.

“The Project One is the highest priority for us at AMG,” Michael Knöller, the company’s global head of sales and project management, told the publication. “We have reached the tipping point, and now we are back on track.”

The delay appears to stem from the process of adapting the car and its electrified powertrain for street use. But after some trial and error, AMG engineers have reportedly figured out how to quiet the car’s “very complicated exhaust system” and lower emissions to acceptable levels.

While drivers won’t get their hands on the One hypercar as quickly as hoped, it promises to be plenty quick when it arrives. Despite the noise and emission fixes, the car will still go from 0-to-124 mph in under six seconds and have a blistering top speed of 217 mph. Those figures are impressive for any car, let alone a hybrid.

No automaker wants to delay a vehicle, but AMG says it wanted to make sure the One lived up to the lofty expectations of its customers. “We have a very loyal fan base,” Knöller told C&R. “They’ve been driving AMG for years, and it’s easy to convince them, bring them the cars and have them go for a test drive so they feel the DNA of an electrified AMG and feel that they’re, at a minimum, as good as AMG vehicles today, or even better.”

Delays on complex projects have been known to lead to more delays, but AMG isn’t taking this move lightly. Indeed, the automaker invited each of the 275 customers who pre-ordered the One hypercar to Germany to personally explain why the car had been delayed. If the cumulative cost of that explanation doesn’t deter another delay, we’re not sure what would.