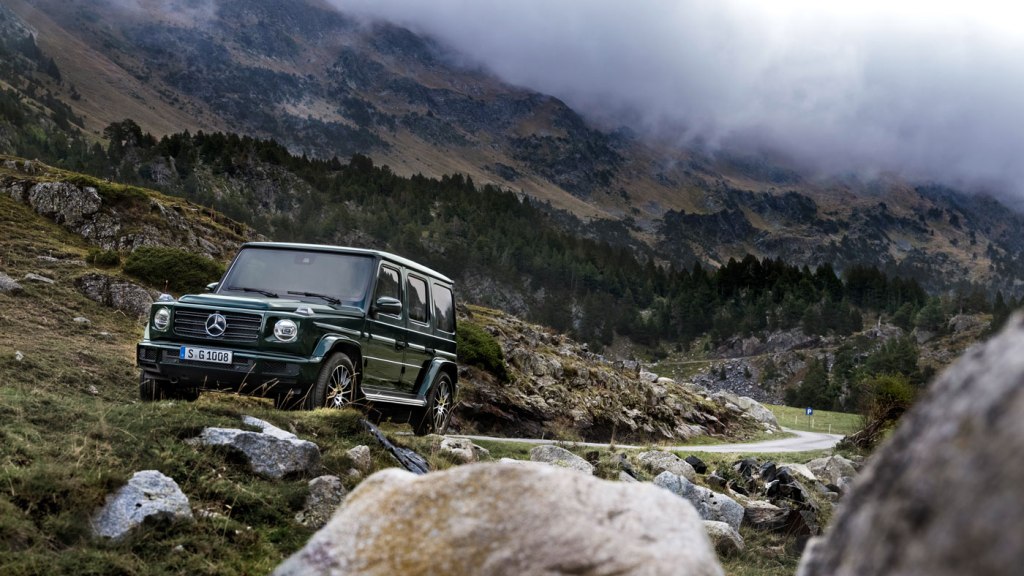 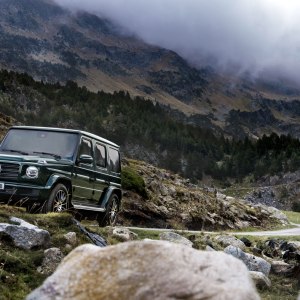 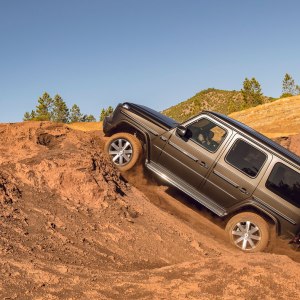 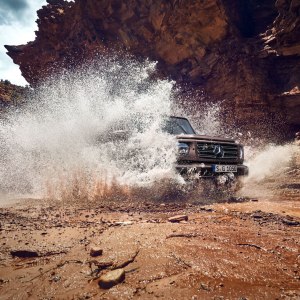 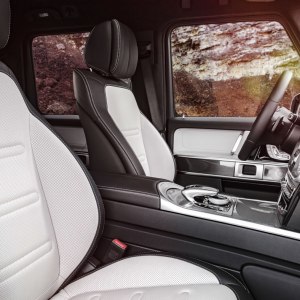 Smoke and spouting flames heralded the public arrival of the new Mercedes-Benz G-Class onstage at Detroit’s historic Michigan Theater on the eve of the North American International Auto Show. Although it may be tough to spot the differences from the outside, the boxy behemoth is more than two inches longer and nearly five inches wider than its predecessor, with subtle updates that include a rearview camera mounted beneath the spare wheel on the rear door, and a new version of the G-Class’ raised turn signal indicators, which recess in case of a crash.

A significantly redesigned interior improves upon the quality and aesthetics, with features such as air vents that echo the shape of the SUV’s headlamps. As with the previously updated S-Class and E-Class models, the G-Class also adopts the dual widescreen display setup—one in front of the driver, and the other for the central display. The larger exterior dimensions also translate to more leg, shoulder, and elbow room in the front and rear seats.

With a history that dates back nearly 40 years, the G-Wagen may have evolved into an iconic status symbol, but its driving dynamics have never been graceful—an unfortunate drawback to all body-on-frame SUVs. That should improve, however, with a new chassis that’s 375 pounds lighter and 55 percent stiffer, co-developed for the first time with the company’s high-performance AMG division.

The first model to debut will be the G550, powered by a 4-liter V-8 engine good for 416 hp and 450 ft lbs of torque, kicking in as early as 2,000 rpm. A new 9-speed automatic transmission has been tuned—via software—to shift faster and increase fuel efficiency. The new G-Class is expected to arrive in the U.S. at the end of this year; pricing will be announced closer to the on-sale date.