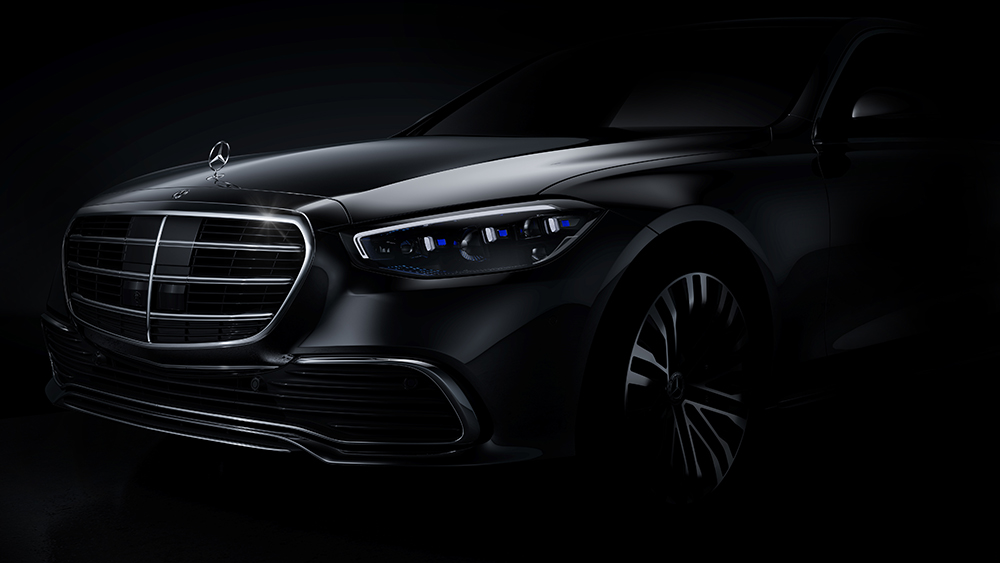 Earlier this month, leaked images of the hotly anticipated Mercedes S-Class surfaced on Instagram and piqued the interest of the entire car world. Now, the German marque has stolen back the limelight by releasing the first official rendering of the next-gen Benz.

The automotive easter egg was dropped during the inaugural episode of “Meet Mercedes Digital,” a new online communications platform that the marque will use to discuss upcoming projects and models. The first “Executive Update,” which aired on May 24, was an interview between Mercedes-Benz reporter Yasmine Blair and Daimler CEO Ola Källenius, no less. The pair gave an update on the marque’s current position on Covid-19 and the restart of vehicle production, then moved on to the world premiere of the new S-Class, at which point the never-before-seen rendering appeared (though it’s now on the Mercedes website).

From the looks of it, the new flagship car features the marque’s signature sleek lines, as well as an elegant black colorway. But boasts a decidedly modern face thanks to its futuristic headlight design, which builds upon the 2020 CLS-Class. This seems to fit with the ultra-modern interior we spied in the leaked shots, as well as Källenius’s description of the vehicle. During the interview, he deemed the car a “technological tour de force.”

That’s not lip service, either. Källenius went on to say that he recently put a pre-production model through its paces on the “legendary German Autobahn.” During the test drive, the hands-on leader went at very “high speeds” and was impressed by how “serene” and “quiet” the ride was.

“Even though the predecessor set the bar high, this new S-Class is going to be something special,” he added.

So, when can you get behind the wheel? Källenius confirmed the S-Class is likely to debut in the second half of 2020, while its electric counterpart will be launched in 2021 as the EQS.

If that’s not enough Benz-related excitement, the 2021 E-Class Coupe and Convertible facelift models are expected to debut later this week on the Meet Mercedes Digital platform.