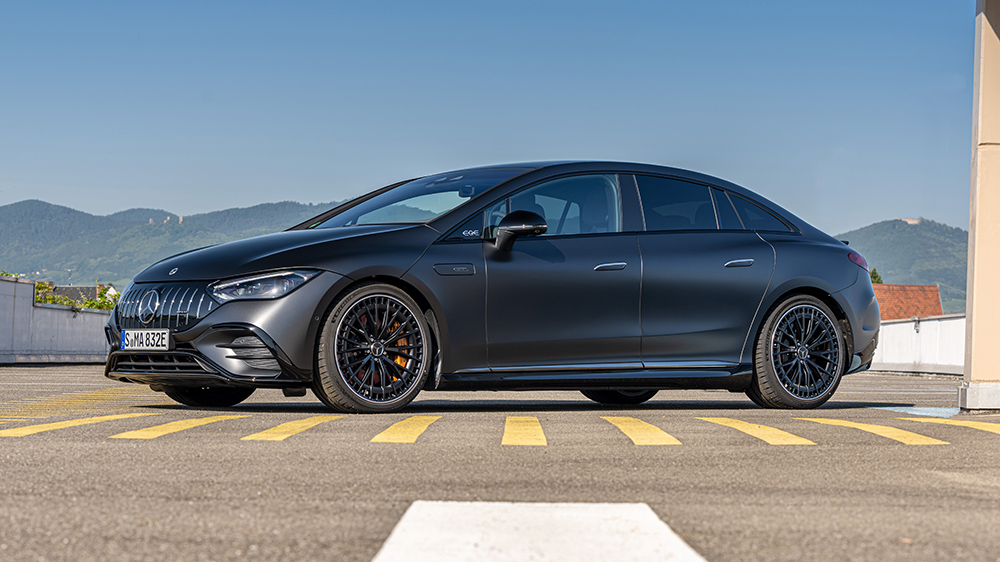 Mercedes-Benz continues to keep the accelerator down on its electrification efforts.

The German luxury marque has just revealed what updates drivers can look forward to from its range of vehicles in 2023. The upcoming model year will see the brand’s EQ line of battery-powered models continue to expand with several new models planned, including a high-performance AMG variant of the EQE and a new version of its battery-powered flagship, the EQS.

We already knew the AMG EQE was coming after Mercedes offered a peek earlier this spring, but now we know when to expect it here in the US. The mid-size four-door is equipped with a powerful 328-volt, high-performance drive battery and AMG Performance 4MATIC+ variable all-wheel drive, according to the brand. The system is able to adjust drive torque between the front and rear axles depending on the driving situation. We’ll have to wait for the full specs, but Mercedes has previously said the EV’s drivetrain can deliver up to 677 horses and 701 ft lbs of twist with the optional Dynamic Plus package.

Production of the EQS SUV began in Alabama earlier this month.  Mercedes-Benz

The new EQS may not be an AMG model—there’s already one of those—but it’s aimed at drivers who want an even more capable version of its top-of-the-line electric sedan. The EV has previously been available here with one of two powertrains, the 450+ or the 580 4MATIC. The new 450 4MATIC means you can now get all-wheel-drive without opting for the biggest battery pack. We’ll have to wait on specs, but you can expect its driving range to come in at over 300 miles.

Other new Mercedes EVs include an SUV based on the EQS, which has just gone into production in Alabama, and one based on the EQE, which will follow soon after. Mercedes will also launch a 350 4MATIC version of the EQE sedan, along with a long-range version of its entry-level EQB SUV called the 250+, according to Electrek. All the new models are expected to make it to the US before the end of the year.

We don’t know how much the new EVs will cost, but European pricing for the AMG EQE may offer a hint of what to expect for at least one of the vehicles. CarBuzz reports that the sporty mid-size sedan will start at €109,778 ($109,758 at current conversion) and top out at €160,923 ($160,883). With the dollar and Euro currently worth virtually the same as of this writing, it wouldn’t be shocking if the EV’s stateside pricing is similar.