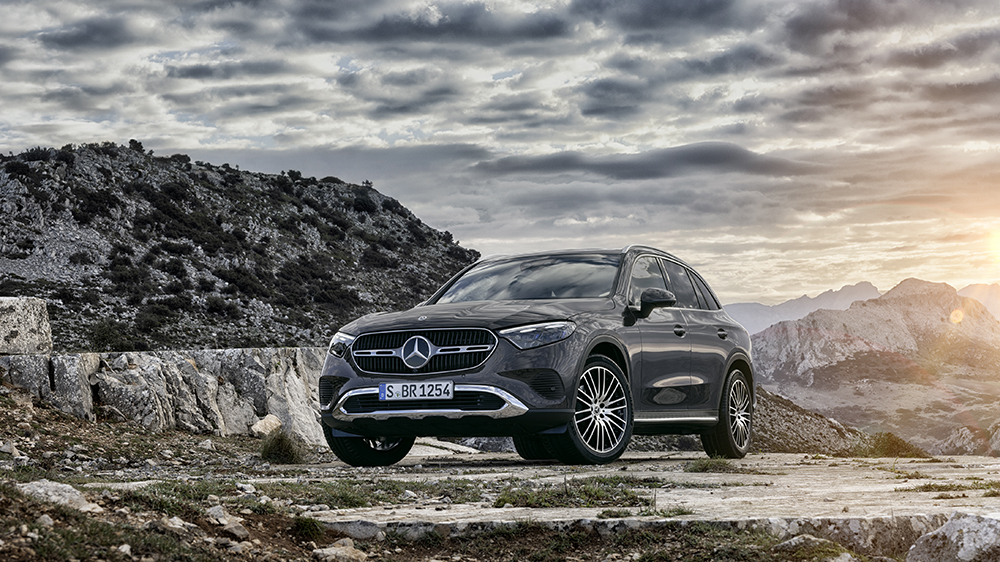 The GLC may have been Mercedes-Benz’s best-selling model the last couple of years, but that doesn’t mean there isn’t room for improvement.

The German luxury automaker has just unveiled the upcoming 2023 edition of its mid-sized crossover SUV. With a subtly updated design, a host of new high-tech features and a new hybrid powertrain, the new GLC300 showcases two of Mercedes’s most venerable talents: refinement and the ability to adapt.

Rather than reimagine the GLC, the automaker has focused on improving—and modernizing—the SUV. This comes through most clearly in its updated design. At first blush, the new GLC doesn’t look all that different from its predecessor—the changes are subtle. They start up front, where the grille is now surrounded by chrome and runs directly into a new set of reshaped headlights. You can also opt for the Digital Light technology add-on, which gives the headlamps the ability to project images and warnings onto the road for other vehicles. Elsewhere, a chrome underguard, roof rails and new contoured edges in the side panel serve to improve aerodynamics (running boards are available as an option, too). The crossover is also bigger, measuring 185.7 inches long, which is 2.4 inches longer than before.

Inside, meanwhile, the alterations are easier to notice. The driver’s cockpit has a free-standing 12.3-inch digital instrument panel, while a portrait-oriented 11.9-inch touchscreen infotainment system similar to that in the new S-Class is positioned in the center of the newly designed dashboard. The vehicle runs the latest version of the company’s voice-activated MBUX software interface, has three new individualized display styles (Sporty, Classic, Understated) and can be used for navigation, entertainment, assistance and service. You can also use it to access the optional 360-degree camera system, which includes a new “transparent hood” mode designed to give you a view of what’s in front of and directly beneath your vehicle. The added length hasn’t improved seating room—it still comfortably seats five—but cargo space has been increased to 22 cubic feet, three cubic feet more than the previous iteration.

Of course, the most dramatic change can be found under the hood. Starting with the 2023 model year, the GLC300 will be powered by a turbocharged 2.0-liter four cylinder engine aided by a 48-volt mild-hybrid system with an integrated starter generator. The new and more efficient powerplant comes mated to nine-speed automatic gearbox and can produce up to 258 hp and 295 ft lbs of torque. The peppy setup will be the only option available in the US at the time of launch—though a plug-in hybrid is reportedly on the way, according to Car and Driver—but drivers will be able to choose either a rear-wheel-drive system or Mercedes’s 4Matic all-wheel-drive system. Both options, the automaker says, will allow the SUV to sprint from zero to 60 mph in a respectable 6.2 seconds.

As with previous iterations, the SUV is designed to be versatile—equally suited to navigating city streets as rocky campgrounds. A newly designed chassis with a new four-link front suspension and multi-link independent rear suspension has been added to make the vehicle even more adept at negotiating unforgiving terrain.

Pricing has yet to be announced for the new GLC300, but with the new standard features, we expect it’ll come in higher than the current $43,850 starting price. You can expect more info on that front as we get nearer to its launch, which is expected to happen sometime next year.