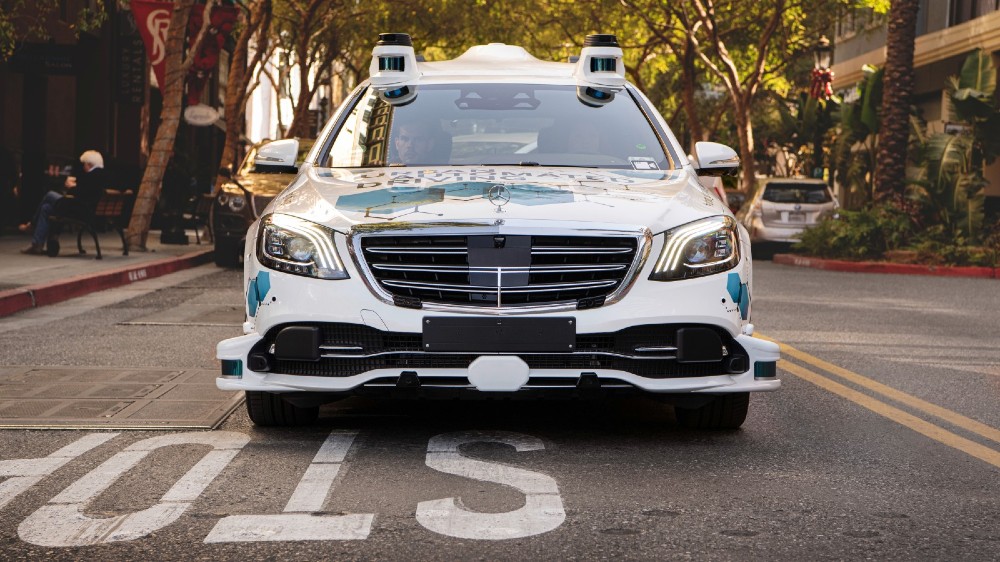 Mercedes-Benz isn’t giving up on human drivers any time soon, but that hasn’t stopped the company from exploring the autonomous vehicle future. And now, one of the automaker’s first forays into self-driving cars will get a real-world trial run in California.

On Monday, Mercedes-Benz and Tier 1 auto supplier Bosch announced plans to test out a self-driving taxi service in San Jose, California, according to a joint press release. As part of the pilot program, the two companies will transport passengers between West San Jose and the city’s downtown area in a fleet of stately S-Classes.

But don’t expect the German companies’ trial program to be a fully featured app-based ride-hailing service from the start. The service will be limited to a fixed route along the city’s San Carlos Street and Stevens Creek Boulevard thoroughfares—at least for now. The car won’t be completely autonomous, either, as a human safety driver will be seated upfront in case anything goes amiss.

Taxi passengers will use an app developed by Daimler Mobility AG to book their journey around San Jose. Once a ride has been confirmed, passengers will make their way to a defined pick-up location where they’ll be met by their automated S-Class. The program will initially only be available to a select number of users.

Although the companies didn’t disclose exactly when the program will launch or how many vehicles will be included, they did reveal that the software used to control vehicle’s movement is the result of a two-year collaboration. The companies hope to use the data from the trial to develop a fully automated vehicle that can be put into production.

“It’s not just the automated vehicles that have to prove their mettle,” said Dr. Uwe Keller, head of autonomous driving at Mercedes-Benz AG. “We also need proof that they can fit in as a piece of the urban mobility puzzle. We can test both these things in San Jose.”

While the Mercedes-Benz and Bosch program may be one of the more exciting and luxury-minded self-driving taxis we’ve seen so far, it’s far from the only one. Lyft and Waymo are currently offering self-driving taxi rides, in Las Vegas and Phoenix, respectively, while Toyota plans to provide the same service at the Olympics in Tokyo next summer.