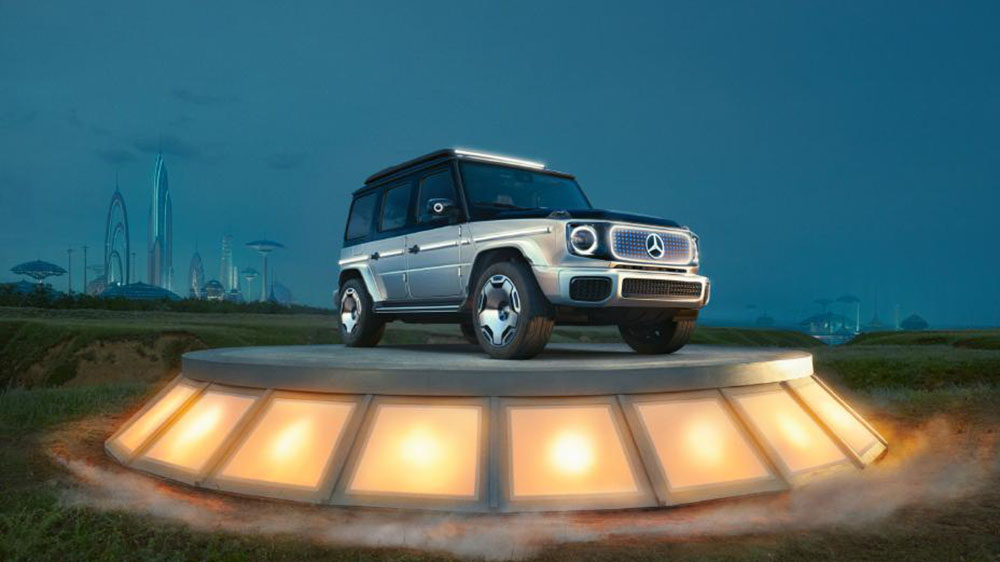 It’s no secret that the Mercedes-Benz G-Wagen holds a kind of mythological status among discerning old-SUV loyalists. Now the German automaker will soon see whether the famously boxy four-wheeler can maintain its coveted status in the era of electrification: The marque just unveiled an all-electric prototype of the G-Wagen dubbed the Concept EQG.

The battery-powered SUV was of four EVs introduced by the German automaker at this year’s IAA Mobility show in Munich. And despite having the word “Concept” in the name, you can expect the zero-emission G-Wagen to go into production and join the brand’s EQ line of EVs.

How do we know that? Well, Mercedes-Benz said as much in a press release announcing the vehicle. In it, the marque explicitly calls the Concept EQG a “near-production study of an all-electric model variant of its utilitarian off-road icon.” This shouldn’t come as much of a surprise, though. In addition to being one of the automaker’s most iconic models, an electric version has been teased on and off since the current generation G-Wagen was introduced in 2018. Plus, there’s the fact that Mercedes recently said it would spend $47 billion to electrify its entire fleet by 2030.

Based on images accompanying the announcement, the electric and gas-powered G-Wagens will look almost identical to one another, which is good news for G-Wagen stans. The Concept EQG retains the original’s boxy shape and iconic round headlamps. There are differences, though, like the black panel grille that’s a trademark of the EQ line, loads of extra LED lighting and a set of 22-inch aluminum alloy rims. The spare wheel cover has also been replaced with an illuminated lockbox with room for a charging cord. Things could change, but it’s unlikely the production version of the vehicle will look radically different from the prototype.

Unfortunately, Mercedes’s announcement doesn’t offer much more in the way of details about the EV.  All we know about the powertrain is that it will feature an electric motor at each wheel to help provide four-wheel drive. We also wouldn’t be surprised if the EQG is more powerful than, or at the very least comparable to, the current brawniest G-Wagen—the AMG G63. The high-performance version of the SUV is powered by a twin-turbocharged V-8 that can generate 577 horses and 627 ft lbs of twist. Like other G-Wagens, it will be off-road friendly and feature an independent front suspension and rigid rear axle.

Mercedes-Benz hasn’t announced a release date for the electric G-Wagen, but there’s some thought it may debut as early as next year. That would put it on pace to come out sometime in the next couple years. When it does arrive, the electric G-Wagen will face competition from other ultra-capable battery powered SUVs like the Hummer EV SUV and Rivian R1S.

Still, just like its gas-powered sibling before it, we have little doubt that the EQG will have any problem standing out.