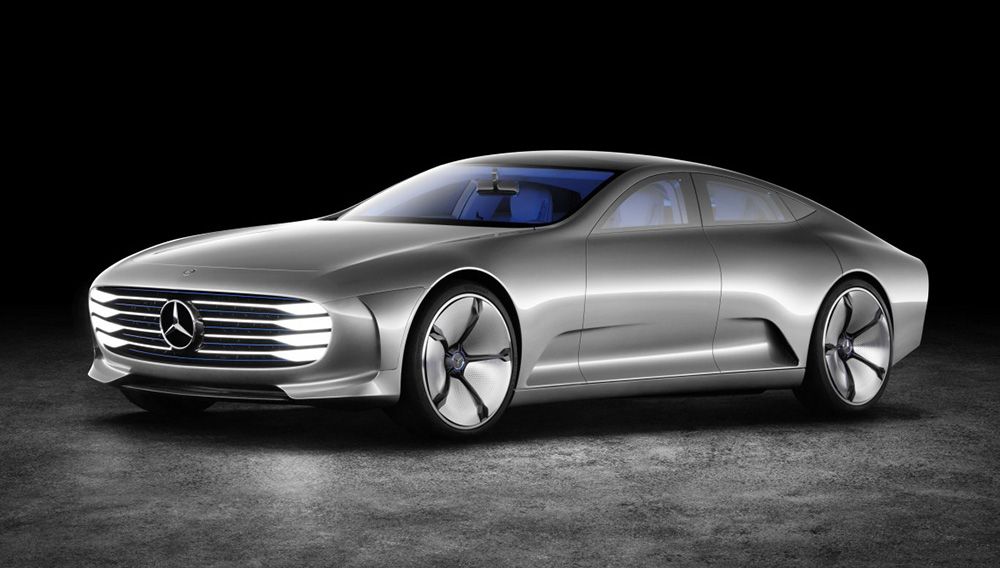 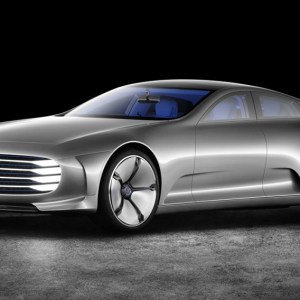 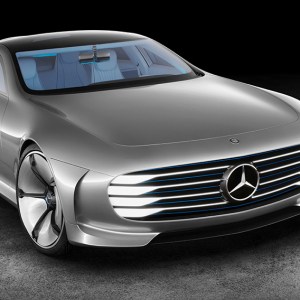 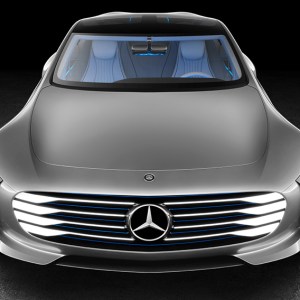 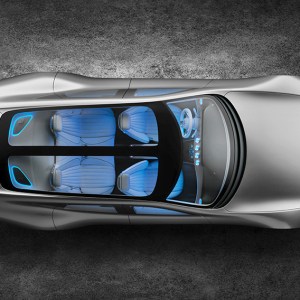 The Mercedes-Benz “Concept IAA” unveiled at this year’s Frankfurt auto show actually morphs from an average commuter to an air-slicing, high-speed racer in seconds. Dubbed the Intelligent Aerodynamic Automobile, the IAA (which shares the same acronym as that used in the Frankfurt show’s official name) is, according to Mercedes-Benz, a glimpse of what a future four-door business sedan might look like.

The “Concept IAA” is powered by a plug-in hybrid power train rated at 279 hp, with an electronically limited top speed of about 155 mph. But the car’s real draw is its revolutionary ability to become more aerodynamic at higher speeds. Above 50 mph (or manually at the touch of a button), the IAA activates front flaps, a front splitter, and a tail that extends more than 15 inches to achieve an extraordinarily low coefficient of drag—only 0.19. By comparison, the most aerodynamic model of the current-generation Mercedes-Benz CLA-Class achieves 0.22 Cd, while the Tesla Model S manages only 0.24. The wheels, which Mercedes-Benz calls Active Rims, have a deep, colander-like shape at rest, but alter their cupping, or flatten, from 55 millimeters (about 2 inches) to zero by centrifugal force as the car gains speed.

The concept’s electronics are also unlike anything currently found on road cars. Instead of door handles, the IAA uses touchpads that can open doors with the tap of a finger. Cameras housed in the side air outlets replace exterior mirrors, projecting images onto the rearview mirror. Car-to-X technology enables the dashboard to communicate with other connected objects nearby (such as oncoming vehicles or traffic lights), in order to help detect potential hazards before they are visible to the driver.

Mercedes-Benz says the “Concept IAA” is only a study for now, although some speculate that the car’s styling, which looks like a futuristic long-tailed Le Mans racecar, foreshadows the design language of future production models, including the CLA-Class, which already employs a sleek, coupe-like roofline on a four-door body. (mercedes-benz.com)