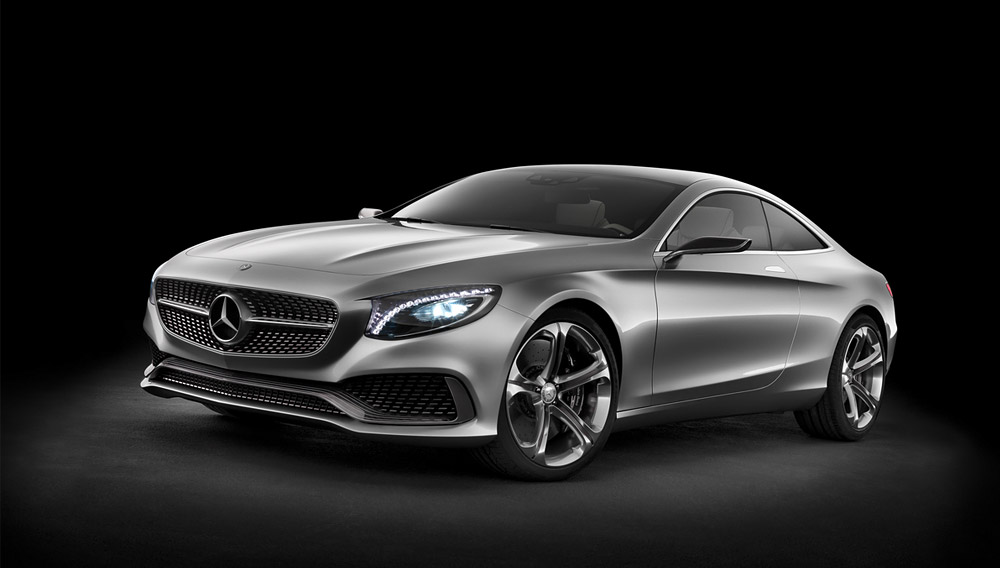 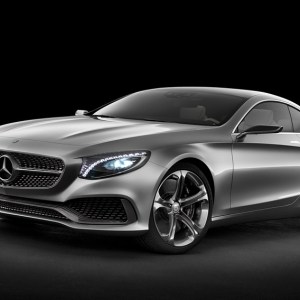 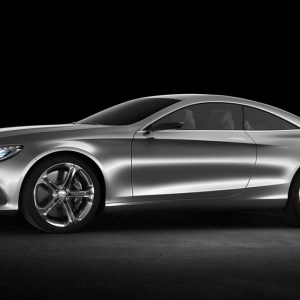 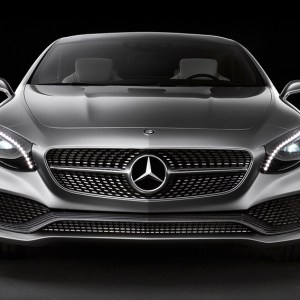 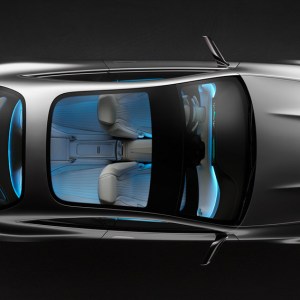 Mercedes-Benz has developed a tendency to make bold promises with its concept cars. And at the recent North American International Auto Show in Detroit, the German carmaker has done so again with its latest design and technology showpiece, the Concept S-Class Coupe. The car’s exterior lines appear borrowed from the brand’s CLA-Class cars but with more chiseled side panels and an overall sportier feel. The two-door car’s chrome frame surrounds both the front and rear windows, which are free from B-pillars, while the front grille is reminiscent of that of the SLS AMG (a staff favorite here at Robb Report) but with an even more aggressive, forward-leaning snout. LED headlamps further the futuristic appearance of the car’s front end.

Inside, the Concept S-Class Coupe benefits from a sleek, uncluttered layout and dash, all swathed in white calfskin leather and aluminum, with rows of blue LEDs that give the driver and copilot the impression that they might be flying a spaceship rather than driving a car. Technology abounds with this concept. A 12.3-inch touchscreen is the centerpiece of the dash; Mercedes’ various intelligent systems help the driver detect road hazards and adjust automatically to the terrain; and new music software offers access to some 18 million songs and the ability to anticipate the driver’s musical mood—which, if the concept ever makes it to market, will likely be an excited one: The Concept S-Class Coupe features a V-8 biturbo engine delivering 449 hp and as much as 516 ft lbs of torque. (www.mbusa.com)