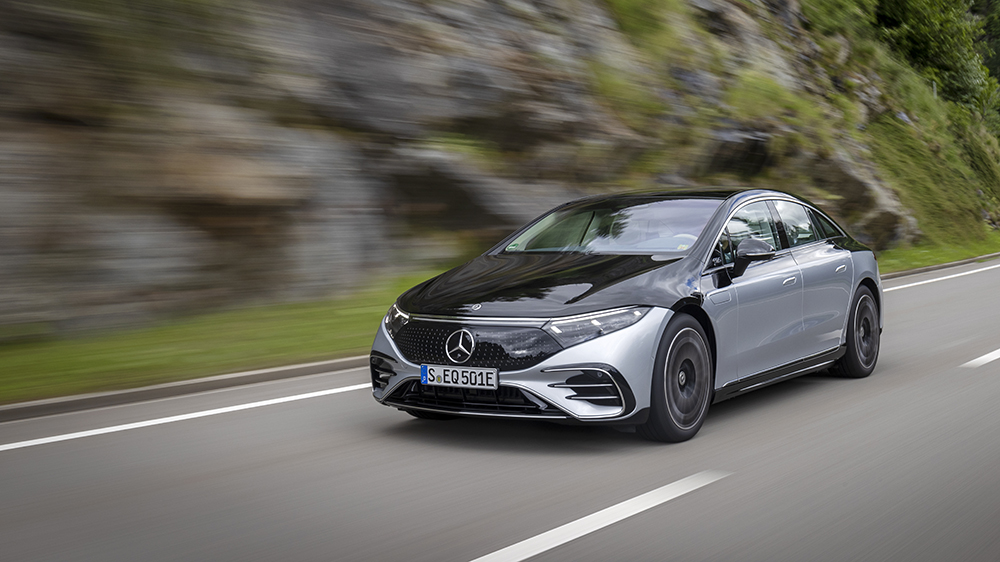 The Mercedes-Benz EQS is full of surprises—not the least of which is its sticker price.

The German automaker announced on Tuesday that its flagship EV will start at $102,310 when it arrives in dealerships later this fall. That it costs more than $100,000 (before a $1,050 destination fee) is unlikely to surprise anyone, but the fact that it will cost less than the gas-powered S-Class certainly will.

It’s rare to see a battery-powered vehicle cost less than its gas-powered equivalent, especially when it’s an EV as hotly anticipated as the EQS. Large battery packs, multi-motor powertrains and complex electric systems often result in a car that costs thousands more than those with traditional internal combustion powertrains. But the difference between the EQS and S-Class essentially reverses that equation. In fact, the starting price for the 2022 EQS is $7,490 less than that of the base model 2022 S-Class, which starts at $109,800.

The EQS will debut as two models: the EQS 450+ and the EQS 580 4MATIC. The rear-wheel-drive EQS 450+ has a powertrain that generates 329 hp and 406 ft lbs of torque, can accelerate from zero to 60 mph in 5.5 seconds and has a top speed of 130 mph. Meanwhile, the all-wheel drive EQS 580 4MATIC has an even more potent powertrain that can produce 516 hp and 611 ft lbs of torque, hit 60 mph in just 4.1 seconds and shares the same top speed. (We’re still waiting on an EPA-rated range for both models.) Power isn’t the only difference between the two: the EQS 580 4MATIC’s cabin also features the 56-inch MBUX Hyperscreen infotainment system.

Assuming there are no further supply chain issues, both the 2022 S-Class and EQS will hit the roads this fall. Some fans of Mercedes’s venerable luxury saloon may still be on the fence about going electric, but these prices makes clear that the marque aims to make the electric future as accessible as its gas-powered past.