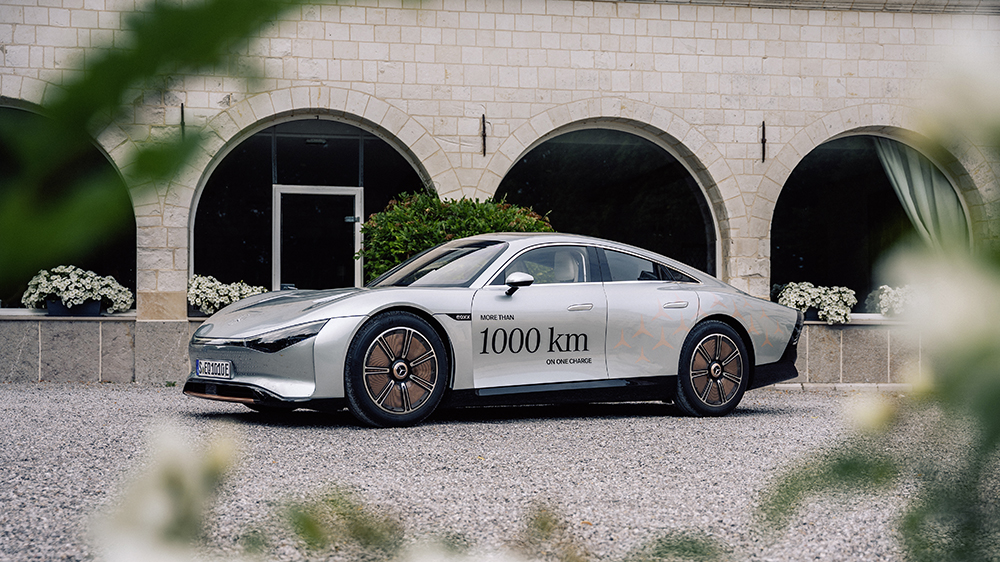 Mercedes-Benz may have underestimated the capabilities of its boundary-pushing EV.

The German automaker announced on Thursday that its Vision EQXX concept had just set a new record for efficiency after completing a 747-mile drive on a single charge. That’s more than a hundred miles longer than the previous high mark, which was set by the same vehicle earlier this year.

The EQXX’s latest road trip set out from Stuttgart in Mercedes’ home country and ended in Silverstone in England. The drive lasted 14 hours and 30 minutes and was split up over two days. It also took place under real world driving conditions, which meant the driving team encountered road closures in Germany, hit heavy traffic around London and ran the air conditioning for around eight hours each day. The team even found time to pay a visit to Mercedes-Benz Grand Prix in Brackley, which is located in the same county as Silverstone, and which is where the automaker’s Formula One team is based.

The lengthy drive easily beats the previous record of 626 miles which was set in early April. That trip was between Stuttgart and Cassis, France. It also lasted 14 hours and 30 minutes, but the EQXX was able to travel 121 more miles due to improved efficiency. This time around, the EV consumed just 8.3 kWh on energy per 62 miles (meaning it covered 7.48 miles per kWh), as opposed to 8.7 kWh per 62 miles (7.14 miles per kWh) on the earlier drive.

The EQXX was so efficient that there was even some time for fun at the end of the journey. This meant having Formula E driver Nyck de Vries take the car for a spin around the famed Silverstone race circuit. The driver was able to circle the course 11 times, during which he took the EV to its top speed of 87 mph. Who knows, had he kept closer to the trip’s average speed of 56 mph, he may have been able to eke out an extra mile or two.

The EQXX’s latest record-setting performance can be traced to two major factors. The first is an all-new powertrain that only produces just 240 hp, but is connected to a super-lightweight 100 kWh batter pack and an innovative thermal management system. The second is an ultra-aerodynamic shape (it has a lower drag coefficient than a football) that allows the sleek EV to cut through the air with ease and reduces stress on its powertrain.

Mercedes has yet to say whether or not the EQXX will ever go into production, but we’re certainly hopeful. At the very least, it’d be nice to see a couple elements of it filter out into the brand’s future EVs.