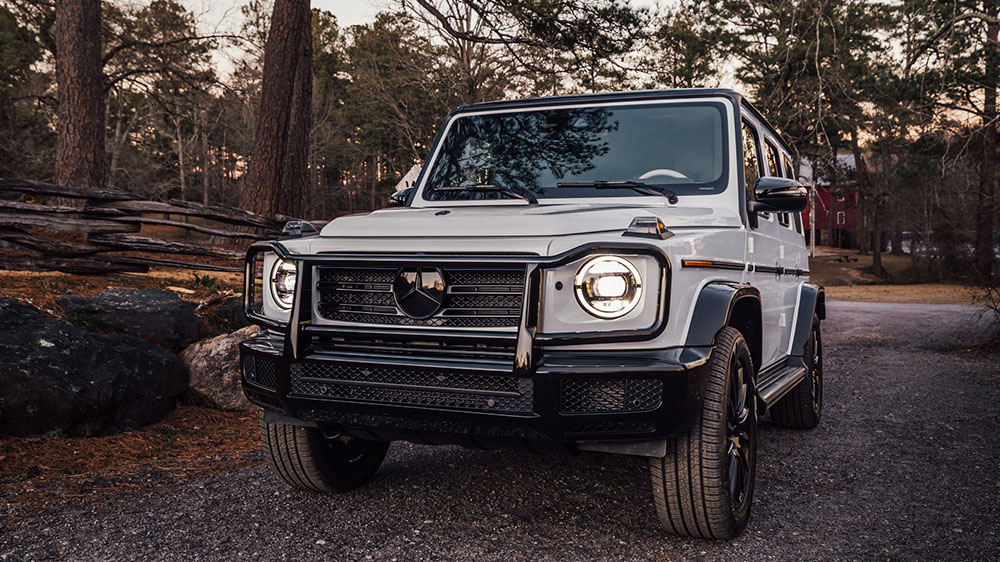 Mercedes-Benz is just as much of a fan of the G-Wagen as the rest of us.

That’s why the automaker recently announced on Facebook that it’s releasing an exclusive version of the vehicle called the G-Class Edition 550. The variant will be limited to just 200 examples, each of which will be exclusive to the US market.

It’s the details that set the latest G-Wagen apart from its peers. The new variant comes in one of three special Mercedes special Manufaktur colors: Jupiter Red, Arabian Grey and the brand-new Moonlight White. Whichever bold hue you opt for, it’ll be offset by black bumpers and fender flares, unlike the body-color version of these elements found on the standard G 550. It also rides on glossy black, 14-inch rims and has Edition 550 badging that includes an emblem depicting the 4×4 climbing a mountain.

The inside of the Edition 550 has also been given a little bit of a makeover, too. The cabin is done up in two-tone nappa leather offset by carbon-fiber trim. There is space for up to five adults and the front is equipped with massaging seats. You’ll also find special badging including a plate that identifies the vehicle as one of 200 units.

Everything under the hood appears to have been left untouched, which is more than okay with us. The G-Wagen is a more than capable SUV after all. It’ll be powered by a 4.0-liter DOHC V-8, according to Car and Driver. The mill is mated to a 9-speed automatic transmission that sends power to all four wheels and is capable of churning out 416 horses and 450 ft lbs of twist. It’s not as powerful as the engine found in the AMG G63—which generates 577 hp— but it’s more than strong enough for off-roading and can rocket the hulking 4×4 from zero to 60 mph in 5.6 seconds.

The automaker has yet to announce when the Edition 550 will be available or how much it will cost. We expect it’ll arrive sometime this year and cost more than the G550’s $133,250 starting price—and potentially a fair bit more.

Whatever the sticker price ends up being, we imagine there will be plenty of enthusiasts more than happy to pay it.