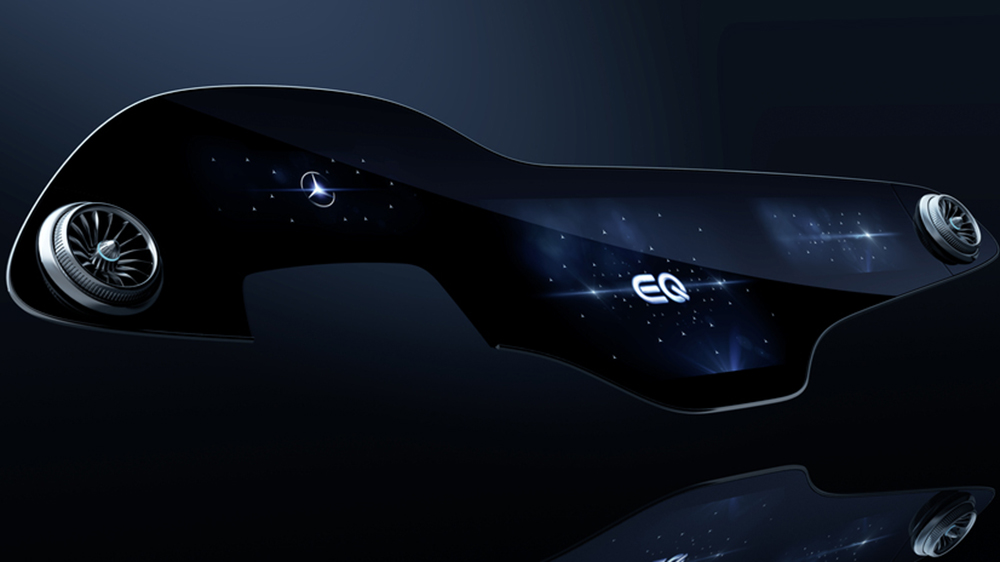 Mercedes-Benz is ready to take infotainment systems to the next level—and it wants your passengers to come along for the ride.

Set to make its official debut at next week’s virtual Consumer Electronic Show, the German automaker’s new 56-inch MBUX Hyperscreen spans the entirety of the dashboard, offering just as much fun to the copilot as it does the driver. Made up of several displays embedded into one solid piece of curved glass, the next-generation system doesn’t feature a single physical button, offering instead a completely touchscreen-based user experience. 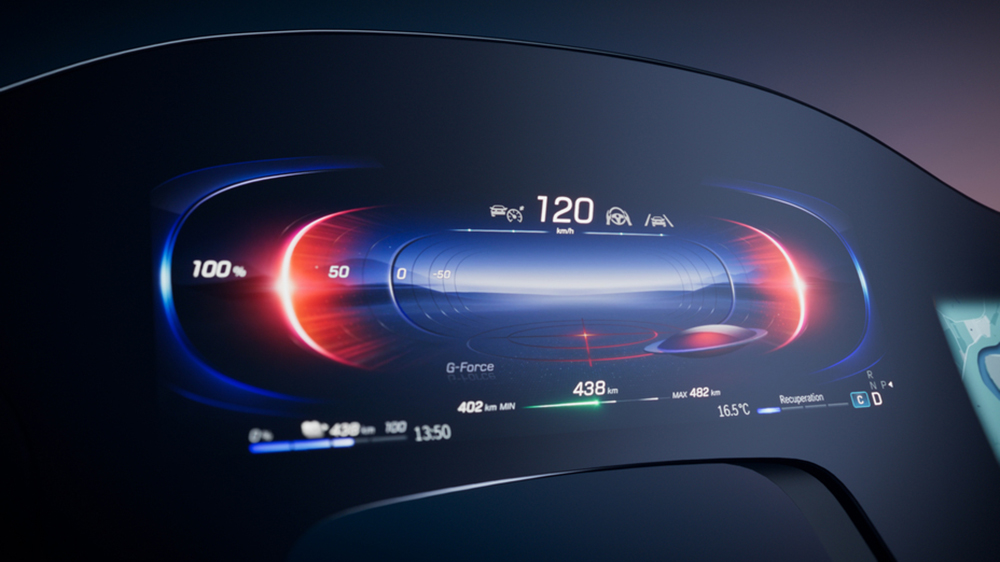 Stretching from pillar to pillar, the Hyperscreen offers a staggering 377 square inches of visual space, broken up only by built-in air vents. To accomplish that feat, it comprises three displays: one for the driver, one in the traditional infotainment position and another for solely for the front passenger, according to the marque. The 12.3-inch driver’s display will act as a digital gauge cluster from which car and journey status can be monitor.  The 17-inch infotainment and 12.3-inch passenger displays will allow you to access traditional infotainment options. Meanwhile,  OLED technology helps the three displays blend seamlessly into the larger screen when one is not in use.

The Hyperscreen will use an updated version of Mercedes MBUX Infotainment system, which was first introduced in 2018. The new system uses artificial intelligence to adapt to each user and their personal habits. Mercedes says this will create a “zero-layer” interface, allowing users to eventually select desired functions and options without having to scroll through menus or use voice commands, though voice control is available. 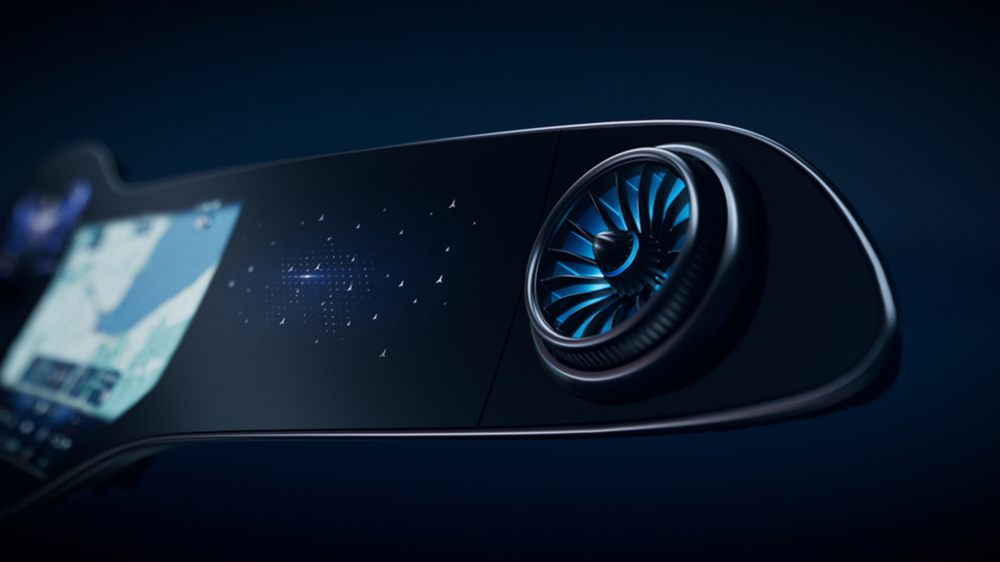 One of the MBUX Hyperscreen’s built-in vents  Mercedes-Benz

“The MBUX Hyperscreen is both the brain and nervous system of the car,” Mercedes-Benz CTO Sajjad Khan said in a statement. “The MBUX Hyperscreen continually gets to know the customer better and delivers a tailored, personalized infotainment and operating offerings without the occupant needing to click or scroll anywhere.”

Although it looks like something out of a sci-fi thriller, the Hyperscreen isn’t just some ambitious concept. The display will actually debut in Mercedes’s upcoming EQS. The luxury sedan, which can reportedly go 435 miles on a single charge, is expected to be the flagship of the automaker’s EQ line of fully electric cars, crossovers and SUVs. The eagerly anticipated four-door is scheduled to debut later this year as part of Mercedes’s 2022 line of vehicles.

Check out more views of the MBUX Hyperscreen below: 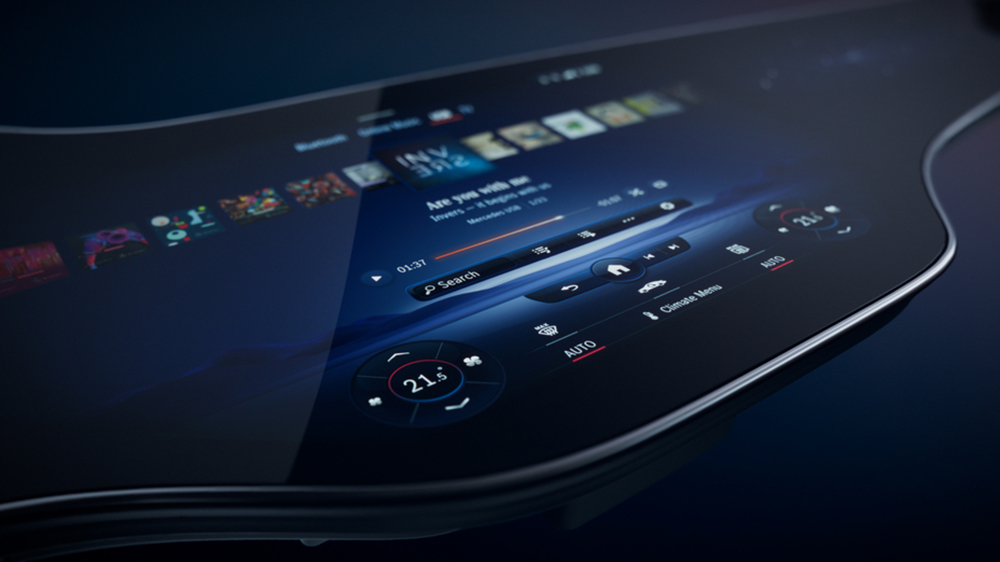 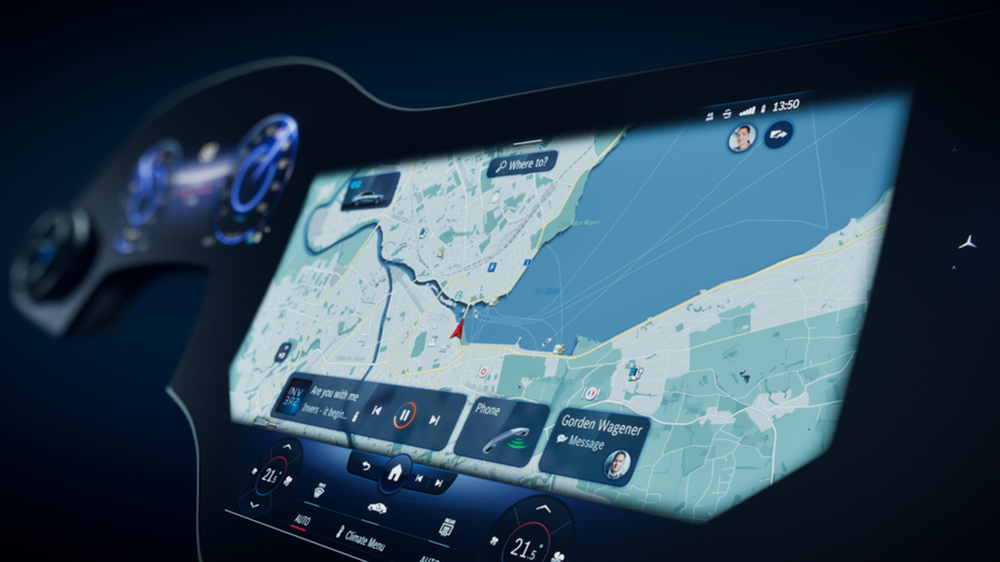 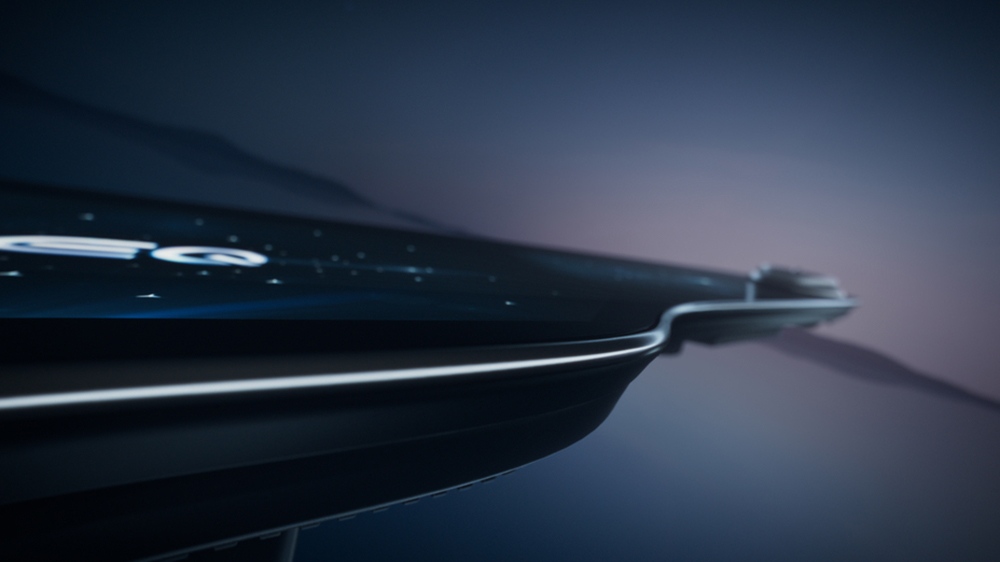 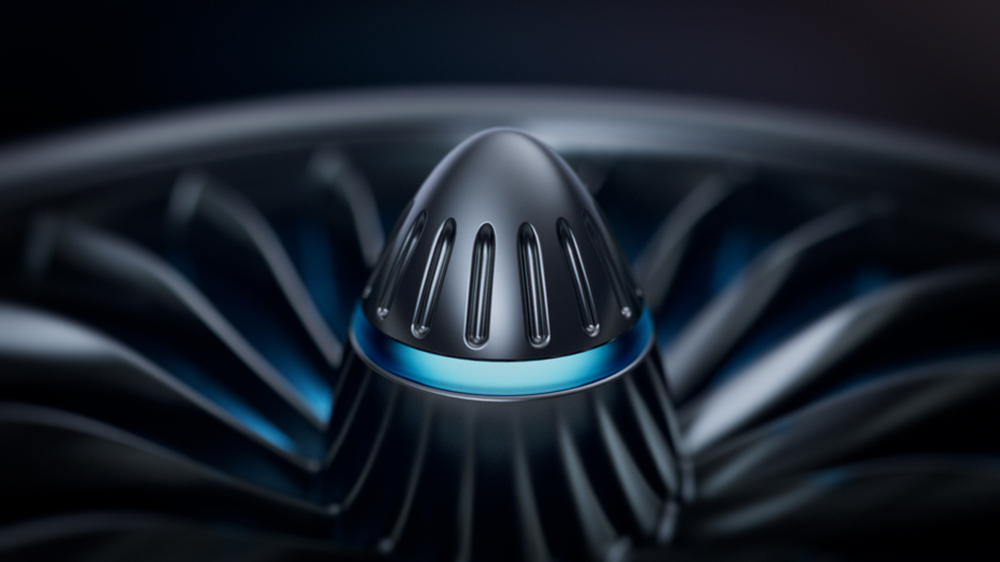 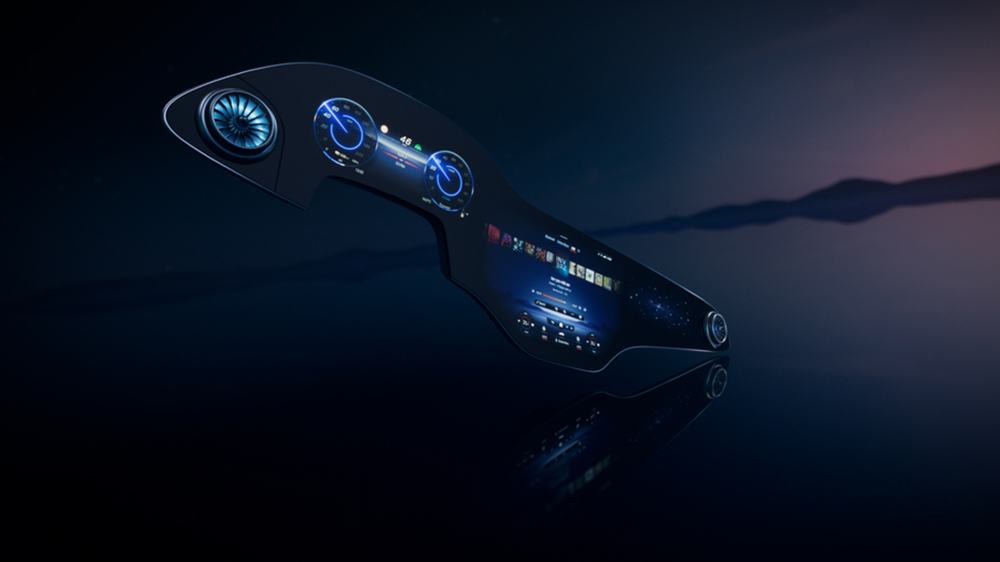