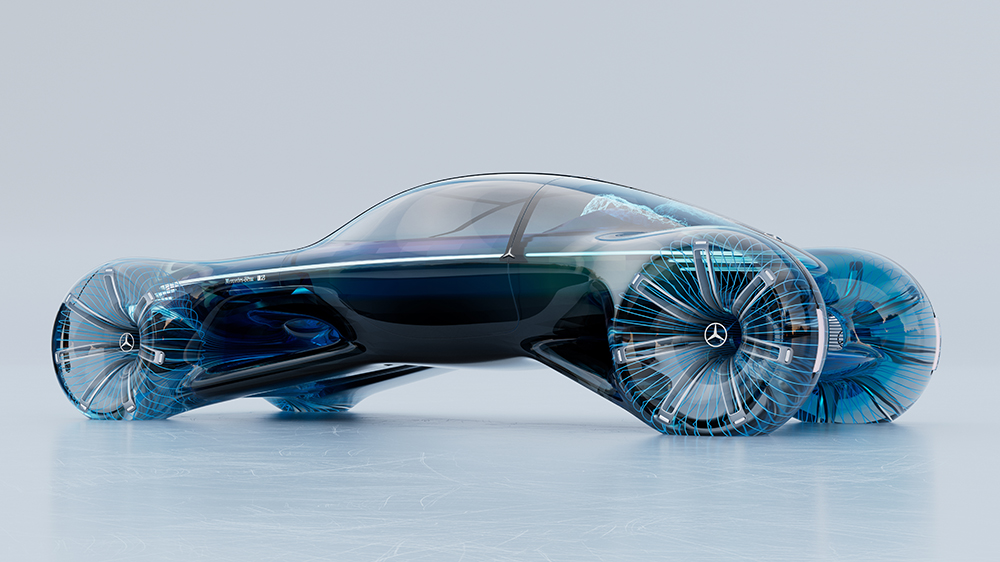 As part of its continuing partnership with Riot Games, the German marque has created its first “virtual show car” for the upcoming League of Legends World Championships. The automaker has no intention of ever building the vehicle, which gave it the chance to design something unlike anything it has ever put into production.

We’re used to concept vehicles that look a little out there, but Mercedes has really outdone itself with its latest, which is so conceptual it doesn’t even have an official name. It resembles something from an alien planet, with a techno-organic shape, multi-passenger bubble cabin, integrated neon lights and wheel-like appendages that seem to be a part of its body. In fact, the only vehicle, concept or otherwise, that it resembles is Mercedes’ own Vision AVTR concept from 2020. Even then, the only thing the two vehicles really have in common is their “wheels.”

“When designing an extraordinary and virtual show car, two worlds merge—real automotive design and animated design,” said Gorden Wagener, Mercedes-Benz’s chief design officer, said in a statement. “Because of the virtual space, there are no limits to what we can do, which means we can push boundaries and give our creativity the space for the unexpected.”

Since it’s a “virtual show car,” Mercedes hasn’t even built a physical model of the vehicle. If you want a better look at it, though, all you need to do is watch the video for Lil Nas X’s League of Legends anthem, “Star Walkin.’” An in-car experience inspired by the game will also be accessible via the infotainment system on the Mercedes-Benz EQS sedan and SUV starting in early November to coincide with the championship.

The automaker’s new concept may be impressive, but it isn’t the world’s first virtual show car. Sony’s popular Gran Turismo racing game series has been teaming up with automakers such as Jaguar and Porsche to make in-game concept vehicles for close to a decade now. There is a big difference between those cars and Mercedes’s, though: You can actually drive them in the video game.