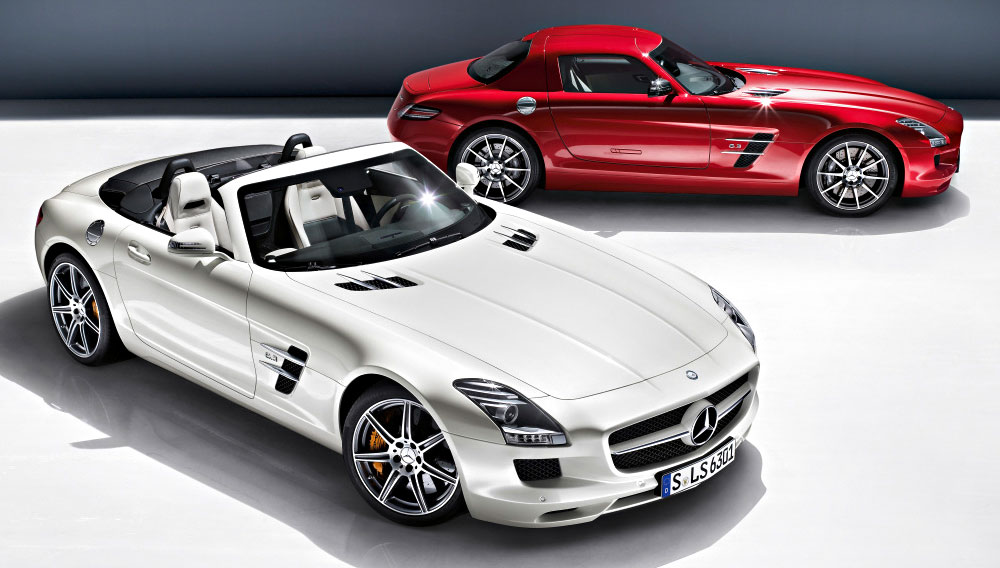 Sometimes history repeats itself. In 1954, the Mercedes-Benz 300SL—affectionately referred to as the Gullwing—was built by the German automaker as a production car with one peculiar feature: its doors lifted toward the sky. A few years later, Mercedes released the 300SL Roadster, which was essentially the same car, sans the gullwing doors.

Today, more than half a century since the last 300SL rolled off the line, the all-new Mercedes-Benz SLS AMG reigns supreme as the spiritual successor to the original Gullwing. This, however, did not seem to fully satisfy media outlets and prospective buyers—all of whom have been begging to know when (and if) the Roadster would make its official debut—since the modern Gullwing was unveiled at the end of 2009.

Aware of this utter fascination with the drop-top version of its range-topping model, Mercedes-Benz teased its fans with prototype images and even a brief cameo of the SLS AMG Roadster in a Super Bowl advertisement. Now, the automaker has released the official images of its forthcoming convertible super car, and it looks stunning.

For this new car, Mercedes-Benz has chosen to stay true to the original ragtop form of the 300SL, forsaking the retractable hardtop engineering found on the SLK and SL models. Aside from keeping tradition alive, the canvas top helps to keep weight down, which is imperative on a sports car like the SLS AMG. The Roadster version will also keep the Gullwing’s 563 hp, 6.2-liter V-8 engine, which probably will result in similar performance figures. Official specs and pricing will be announced at the car’s official public debut at the Frankfurt Motor Show in September. Expect a zero-to-60 mph time of less than four seconds, a top speed of just under 200 mph, and a sub-$200,000 price tag when the SLS AMG Roadster goes on sale as a 2013 model. From the photos, it appears likely that Mercedes-Benz will sell more Roadster than Gullwing models when this drop-top finally reaches U.S. showrooms—especially considering history has a habit of repeating itself. (www.mercedes-amg.com)