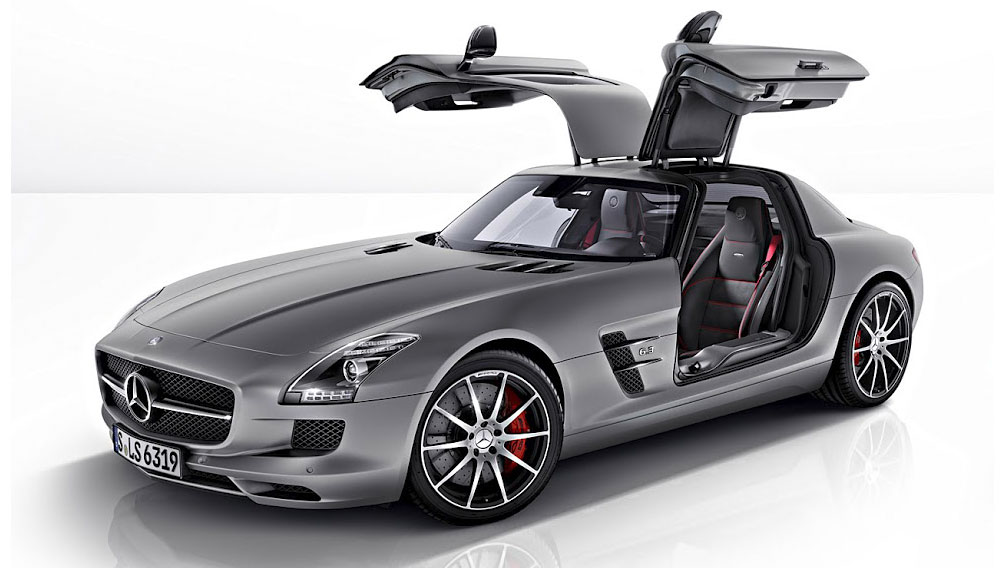 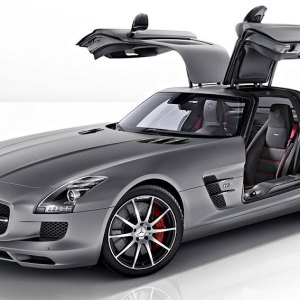 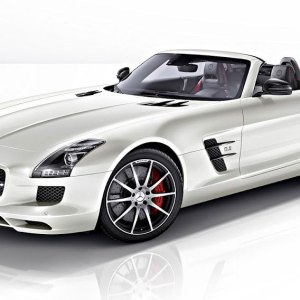 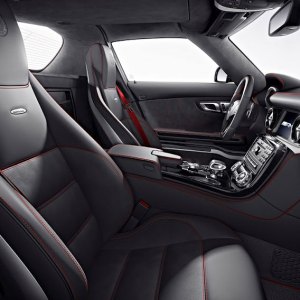 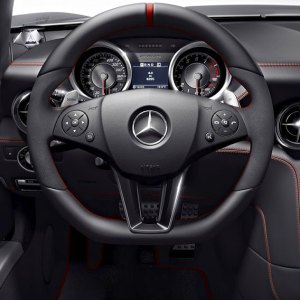 It can hardly be said that the splendid Mercedes-Benz SLS AMG Gullwing coupe and roadster—introduced in 2011 and 2012, respectively—have worn out their welcome. But the overachieving team at AMG hasn’t wasted any time in rolling out a successor. Meet the 2013 SLS AMG GT: it’s not merely a spicier version of the SLS AMG; it is the new SLS AMG. When the GT coupe and roadster rumble into Mercedes-Benz showrooms roundabout mid-November, they will retire the original SLS AMG duo.

Admittedly, it will take a keen eye to spot the differences between the 2012 models and the invigorated 2013 edition. New high-gloss black trim adorns the grille, hood, front fenders, and mirrors; headlamp and taillamp lenses are dark-tinted; and red-painted brake calipers shine from behind the fine spokes of new wheels. And of course, the letters GT appear with the AMG logo on the trunk lid.

Inside, the big news for 2013 is the debut of the optional Designo style package, offered in a trio of single-tone and two-tone color combinations with a distinctive diamond-quilt stitch pattern on the seats and door panels. Of course, buyers can still enhance the ambience further with the interior carbon fiber trim package ($9,000) and the 1,000-watt Bang & Olufsen audio system ($6,400).

Beneath that impossibly long hood still lurks AMG’s magnificent 6.3-liter V-8, but horsepower is up, from 563 to 583. Torque holds steady at 479 ft lbs, delivered to the rear wheels through the revised AMG Speedshift 7-speed dual-clutch transmission. AMG engineers have spent some quality time with the car’s electronically controlled Adaptive Performance Suspension, increasing the stiffness of the springs and dampers for more dynamic handling and a more buttoned-down ride. Both the topless and Gullwing GT will blast from zero to 60 mph in 3.6 seconds, a tenth quicker than the outgoing cars, and hustle on toward the same electronically limited top speed of 197 mph.