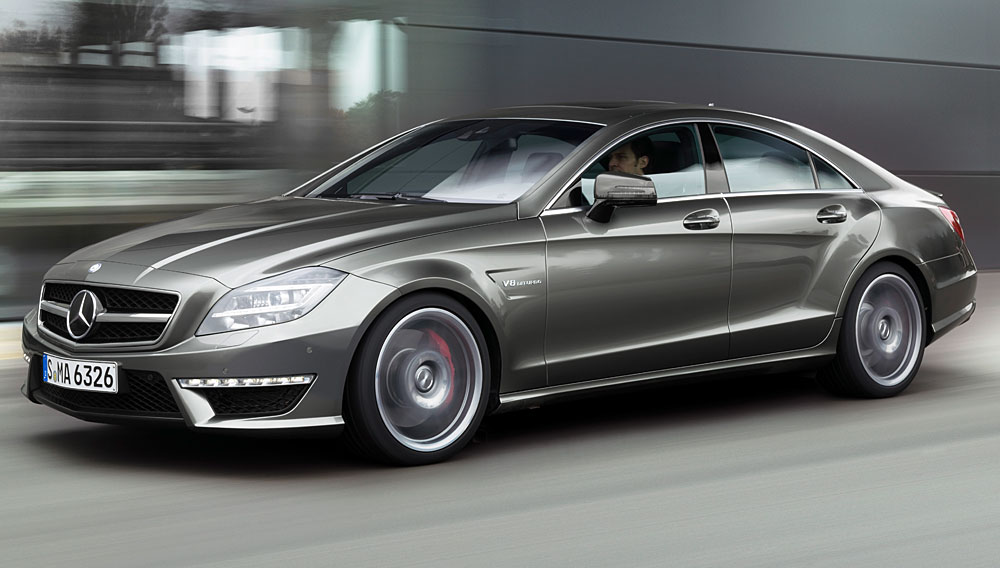 Over the past two years, there has not been a more popular car style than the four-door coupe. The latest model offerings from Aston Martin, Porsche, and Audi all prove that this segment is much more than a passing trend. At the forefront is the Mercedes-Benz CLS class, which first debuted more than five years ago. Now in its second generation, the CLS has some fierce competition, so it is no surprise that Mercedes-Benz recently unveiled its range-topping CLS 63 AMG at this year’s Los Angeles Auto Show.

The original CLS 63 AMG was one of the first Mercedes-Benzes to feature the vastly popular and powerful 6.2-liter V-8 engine. However, the German automaker is dropping the engine and keeping the name for the 2012 model. Despite its alphanumerical designation, the CLS 63 AMG is fitted with Mercedes’ new 5.5-liter bi-turbo V-8 engine, which is good for 518 horsepower and 516 foot-pounds of torque—even more powerful than the Porsche Panamera Turbo, its closest competitor. And as if that weren’t enough, Mercedes offers an AMG Performance Package that boosts these figures to 550 hp and a tire-shredding 590 ft.-lbs. of torque.

Mercedes-Benz claims that new CLS 63 AMG returns 33 percent better fuel economy than the previous model (thanks in large part to the new turbochargers and seven-speed transmission), while CO2 emissions have decreased by 30 percent. But those looking to purchase a four-door coupe that hits 60 mph in 4.3 seconds and carries on to a top speed of 186 mph are likely less concerned with carbon footprints and more interested in burning some rubber. The 2012 CLS 63 AMG will hit showrooms in the summer of 2011 and cost in the neighborhood of $100,000. (www.mbusa.com)