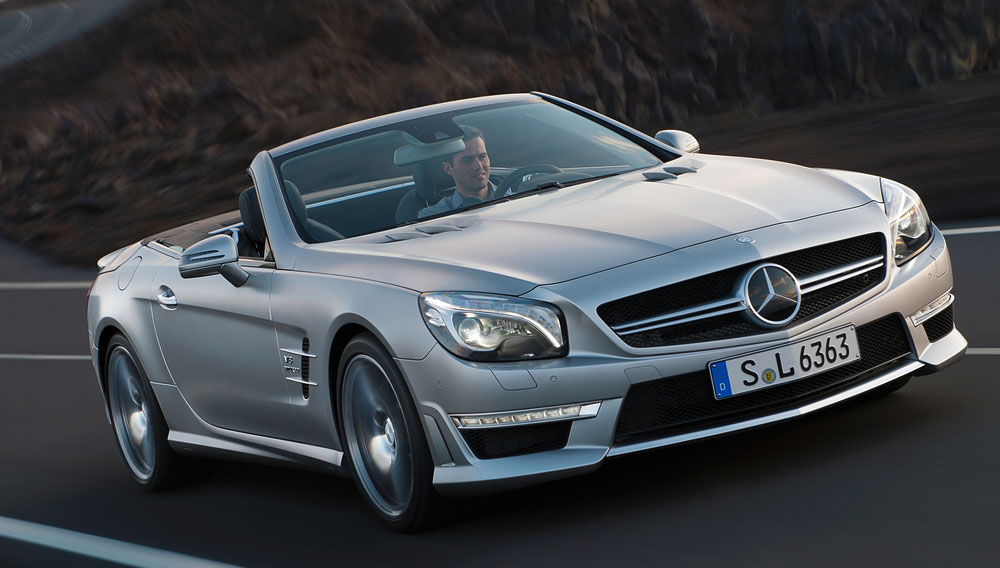 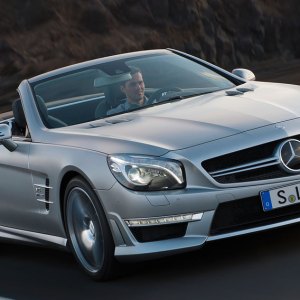 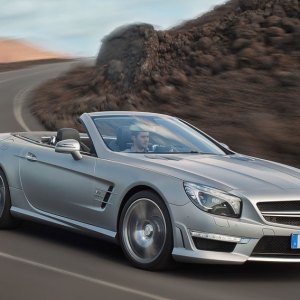 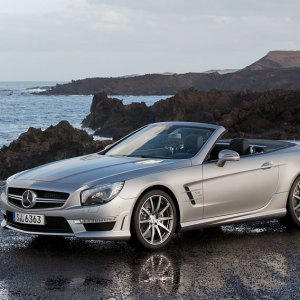 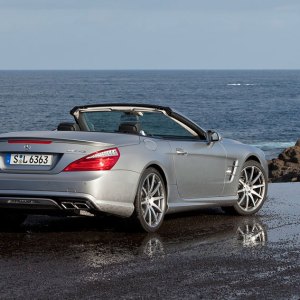 Replacing Mercedes-Benz’s well-loved R230 SL-Class roadster—a car that debuted at the Frankfurt Motor Show way back in 2001—was no small feat, but the company’s crack team of engineers, stylists, and artisans rose to the occasion. The 2013 R231 SL550, with its stiff and lightweight aluminum structure and panoply of advanced technologies, is a better car in every way. And now, with the arrival of the scintillating SL63 AMG, it’s a faster car too.

While the new SL550 takes its motivation from a twin-turbo 4.6-liter V-8 engine that’s good for a healthy 429 hp and 516 ft lbs of torque, the SL63 AMG ups the ante considerably. A hand-assembled, 5.5-liter V-8 employs twin turbochargers and direct fuel injection to produce 530 hp and 590 ft lbs of torque, delivered to the rear wheels through a quick-witted 7-speed manumatic transmission. And with the optional AMG Performance Package, output jumps to a whopping 557 hp and 664 ft lbs.

No surprise, the SL 63’s performance handily eclipses that of the SL550, and approaches the rarefied realm of Mercedes’ halo car, the SLS AMG. The SL63 AMG will blast to 60 miles per hour in 4.2 seconds and press on to an electronically governed top speed of 155 mph (compared with 4.5 seconds and 130 mph for the SL550 and 3.5 seconds and 197 mph for the SLS AMG roadster). The available AMG Performance Package closes the gap a bit, shaving a tenth of a second off the zero-to-60 time and liberating a 186 mph top speed.

But there’s much more to the SL63 AMG than a bigger kick in the pants. Mercedes has thoroughly reconsidered the car’s steering, suspension, and brakes, equipped the cockpit with pieces like a flat-bottom steering wheel and a Racetimer performance meter, and revised the artful exterior with a new grille and front fascia, a decklid spoiler and rear diffuser, and 19-inch forged alloy wheels.