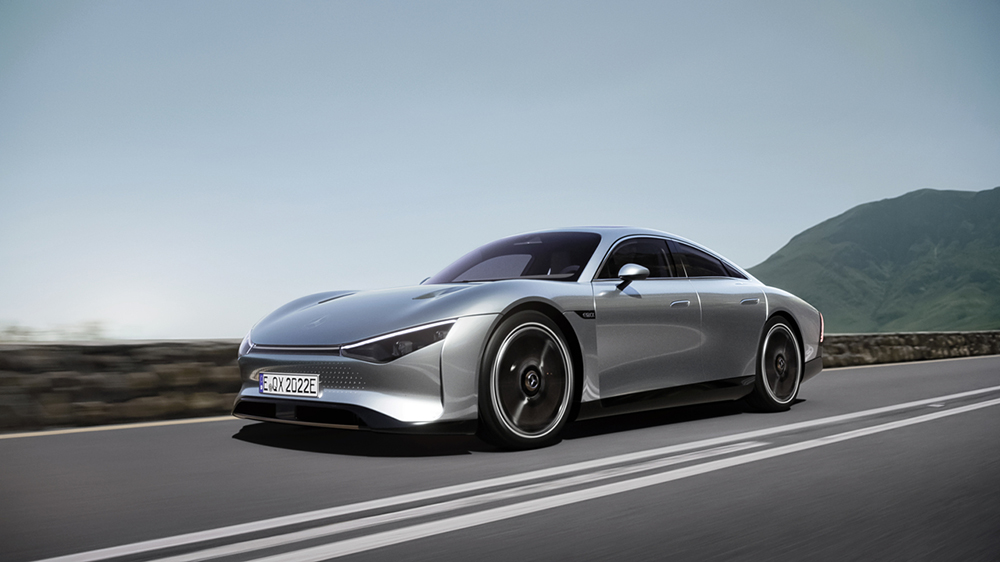 On Monday, the luxury marque unveiled a new battery-powered concept, the Vision EQXX, as part of the lead up to this year’s Consumer Electronics Show. And, if it ever hit the road, it could succeed in pushing aside any driver’s worries about driving range. That’s because the new compact sedan would travel 621 miles on a single charge under real-world driving conditions, according to the automaker.

To hear the brand tell it, the EQXX was born out of a desire to design the most efficient Mercedes of all time. And if the specs prove accurate, the marque may have done just that. If the EQXX were to go into production today, it would easily be the longest range EV on the market, besting the current title holder, the Lucid Air Dream Edition, by more than 100 miles. The car will also use just 10 kWh of energy per 62 miles, according to Mercedes. That’s the bonkers equivalent of a gas-powered car that can get 235 miles to the gallon. While charging stations are only expected to become more common in the coming years, this is an EV you could confidently take on a road trip right now, even where superchargers are few and far between.

Of course, it should be noted that the EQXX’s range hasn’t been certified by the EPA or reached under Europe’s more-forgiving WLTP test cycle. Instead, it is based on “internal digital simulations in real-life traffic conditions,” according to the brand.

The EQXX can achieve its range feat thanks to an all-new powertrain that can produce 201 hp. That may not sound like much—especially with some EV hypercars delivering 1,000-plus hp—but the electric drive unit was engineered with the goal of achieving more with less. The engine, which is based on the powertrain in the upcoming Mercedes-AMG One hypercar, was designed entirely in-house, with some help from the brand’s successful Formula 1 and Formula E programs.

Technical details are relatively scarce, but at the heart of the single-motor setup is an ultra-dense nearly 100 kWh battery pack that is 50 percent smaller and 30 percent lighter than the pack that powers the brand’s current flagship EV, the EQS (that EV’s powertrain produces up to 516 horses and has a range of 340 miles). It’s aided by an innovative thermal management system that only kicks in when needed. This “cooling-on-demand” approach significantly reduces cooling drag. The prototype is also equipped with a heat pump that sucks up heat waste from the drive unit and surrounding air and uses it to heat the interior cabin. Finally, there’s 117 solar cells installed in its roof that can add more than 15 miles of range on a sunny day.

Almost as impressive as the EQXX’s range is its sleek, minimalist exterior. The low-slung four-door is decidedly futuristic, with clean flowing lines from front to back. Somehow, though, it also recalls classic sports cars from the ’60s and ’70s. That’s due, in part, to a sloping roofline that tapers directly into the rear, creating a back end that seems to marry a McLaren Speedtail with an old Ferrari.

That shape is no accident. An EV can use almost two-thirds of its battery capacity cutting through the air, so Mercedes has sought to make the EQXX as streamlined as possible. It has a drag coefficient of 0.17, making it 15 percent more efficient than the EQS (0.20), which is already the world’s most aerodynamic production car. In fact, its drag coefficient is even lower than that of a football (0.18).

The EQXX features a state-of-the-art cabin style similar to that seen in the Vision EQS, the concept the EQS is based on. Its centerpiece is a seamless dashboard-spanning infotainment screen that measures a whopping 47.5 inches across and has an 8K (7680×660 pixels) resolution. The display is the home to a voice-activated “star-avatar” that Mercedes calls your “non-judgmental road trip assistant.” The marque says the screen will aid in navigation and also manage information for both drivers and passengers. It’s safe to assume it would also offer an array of entertainment options.

Beyond the tech, Mercedes appears to envision a future where car cabins are made without animal products. The EQXX’s interior will be outfitted with a variety of sustainable materials. This includes two types of vegan leather, one derived from mushrooms and the other from cacti. It will also have 100 percent bamboo-fiber carpets and trim made from recycled plastics.

Will the EQXX Go Into Production?

As exciting as the Vision EQXX may sound, it’s unclear whether or not it will ever hit the road. While we’re seeing more and more concepts make the leap to series production—like the Vision EQS and the BMW Concept i4—Mercedes hasn’t announced plans to do the same with its latest prototype. The lack of technical details doesn’t make us hopeful. On the other hand, the automaker is calling the vehicle “new technology blueprint for series production,” so don’t be surprised to see some of EQXX’s features inside Mercedes EVs in the years to come.