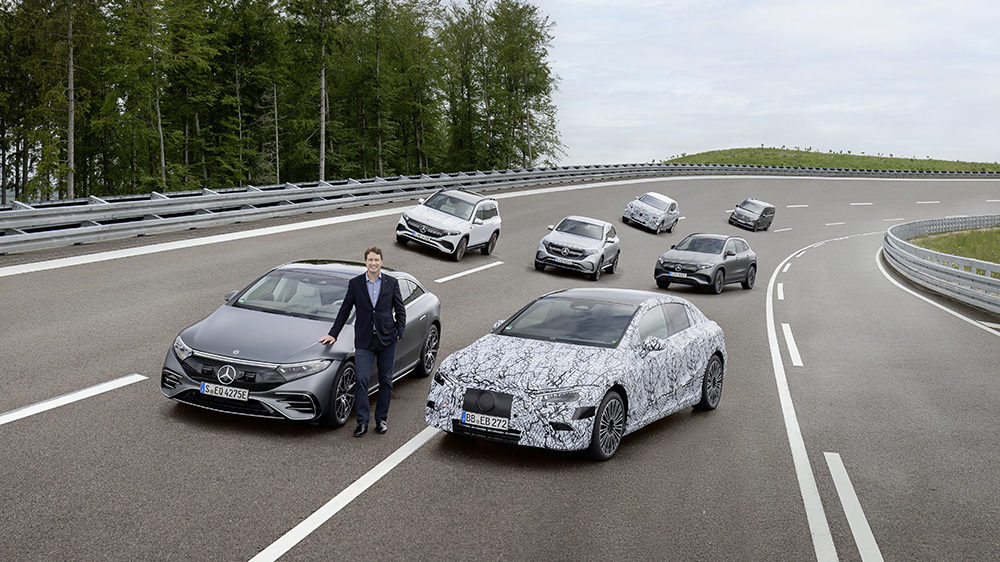 Mercedes-Benz is going all in on electric cars.

The German automaker plans to be an exclusively electric marque by the end of the decade, according to a strategy update shared Thursday. To make that happen, the brand will spend more than $47 billion (€40 billion) over the next 10 years, creating a wholly emissions-free line-up and clean, green infrastructure to support it.

In 2025, Mercedes will launch three new all-electric vehicle platforms for cars, vans and light commercial vehicles. It will also stop developing powertrains for internal combustion engines the same year. In addition, the marque says customers will be able to choose an all-electric alternative for every model the company makes from 2025 onwards.

The German outfit and its partners also plan to set up eight factories across Europe that will focus on the development and production of battery cells and electric motors. This is in addition to the already planned network of nine plants that will be dedicated to building battery systems.

The EQS is the first all-electric luxury saloon from Mercedes-EQ that will roll out in late 2021.  Mercedes-Benz AG

The marque is currently working with Shell to expand its charging network that currently comprises more than 530,000 AC and DC charging points worldwide. It also plans to streamline the chargers to make them easier for drivers to use.

“The EV shift is picking up speed—especially in the luxury segment, where Mercedes-Benz belongs,” Ola Källenius, CEO of Daimler AG and Mercedes-Benz AG, said in a statement. “The tipping point is getting closer, and we will be ready as markets switch to electric-only by the end of this decade.”

Mercedes did add one caveat: The transition to a solely electric fleet by 2030 will depend on “market conditions.” Of course, given that the UK and the European Union will effectively ban new cars with internal combustion engines in 2030 and 2035, respectively, the demand for battery-powered cars is only expected to rise. Various states across the US, including California and Massachusetts, will also ban the production of gas-powered vehicles by 2035.

What’s more, several luxury nameplates, including McLaren, Bentley, Audi and Volvo, have already joined the electric revolution and are switching from petrol-guzzling vehicles to those with no tailpipe emissions.

“Thanks to our highly qualified and motivated workforce, I am convinced that we will be successful in this exciting new era,” Källenius added.