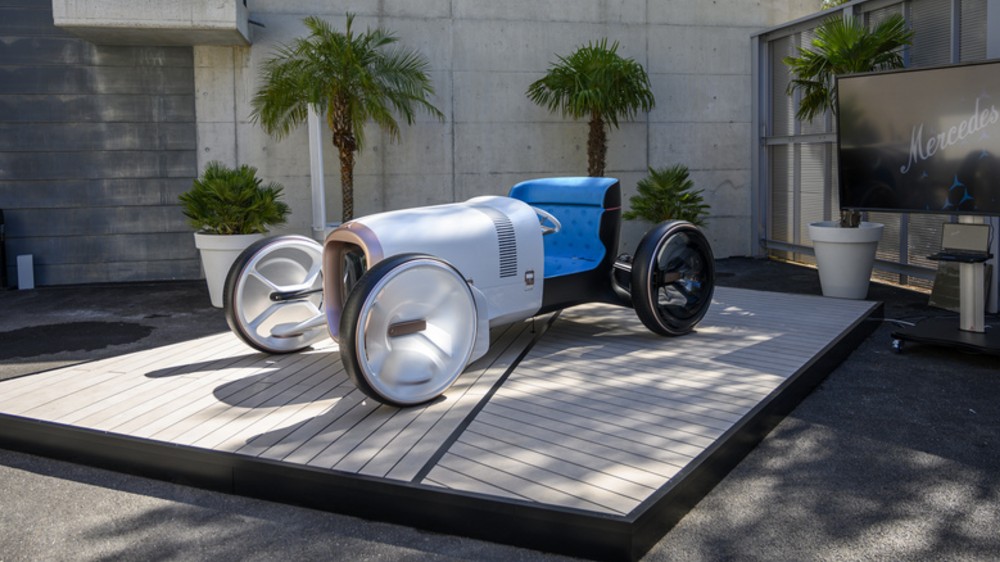 The true classics never go out of style. That may be why Mercedes-Benz looked all the way back to the beginning of its illustrious history for inspiration for its latest concept vehicle, the Vision Mercedes Simplex.

The German automaker’s latest prototype, which debuted at Design Essentials 2019 on Saturday, pays tribute to the 1901 Simplex, the very first car to bear the company’s name. The conceptual blast from the past combines the original’s front-engine layout with sleek modern-day design to create a retro-futuristic dream machine.

When it debuted 118 years ago, the Simplex, also known as the Mercedes 35 PS, was downright revolutionary. Until then, cars were basically just motorized carriages, but the Simplex heralded a new era of vehicle design with its now commonplace front-engine, rear-drive layout. But there was much more to the car than just its style. It also dominated the competitions at that year’s Race Week, which took place on the famous racetrack from Nice to La Turbie.

More of a sculpture than an actual working vehicle, the Vision Mercedes Simplex is the product of the automaker’s newly opened design studio in Nice. And rather than messing too much with something they already knew worked, the designers took the vehicles three main elements—wheels, engine and seating area—and gave them all a futuristic makeover.

First up, the wheels and their linkage have been spruced up to look like something out of the next century. Next, the engine compartment sports a smoother modular appearance, leather straps to hold down the hood and a rose gold grille, behind which is a digital version of the early 20th-century Mercedes logo. The two-seat cockpit has also been radically simplified so that it now just features a steering wheel and a few switches, as opposed to the first edition’s mess of tubes and levers. To top things off, it’s been given a two-tone paint job, with rose gold accents, in tribute to the original Simplex.

While few concepts make it to the road, it seems especially unlikely that the Vision Mercedes Simplex will ever make it to production. Unfortunately, modern safety regulations frown upon a car that’s basically just an engine. But that doesn’t make the design any less striking.

Check out more photos of the concept below: