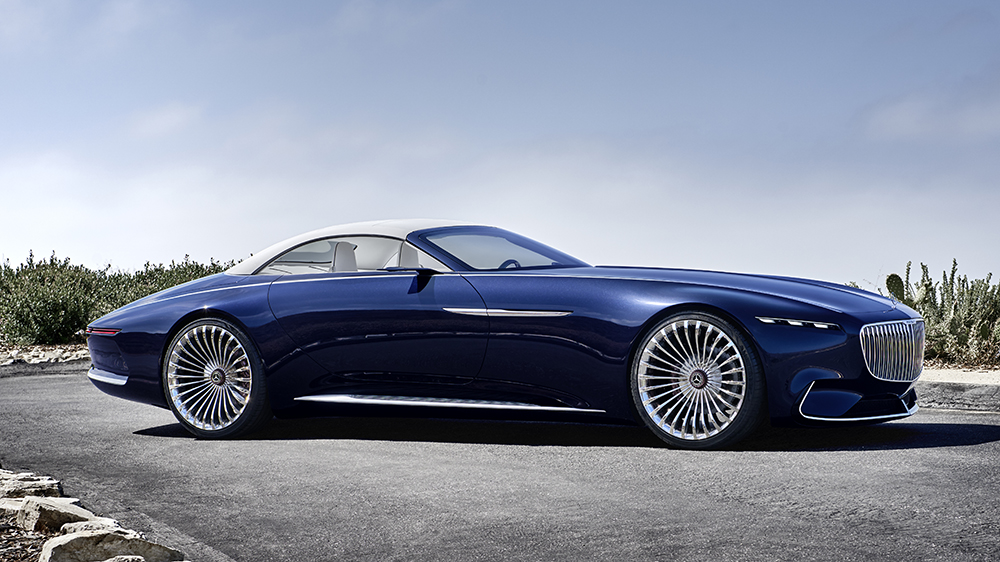 Can any vehicle, real or imaginary, compete with the Batmobile? As far as Batman is concerned there’s only one answer—the Vision Mercedes-Maybach 6.

No, the futuristic concept car wasn’t the winner of a recent poll of the Caped Crusader’s most auto-obsessed fans. Instead, it’s the vehicle his alter ego, billionaire playboy Bruce Wayne, will drive in the upcoming Flash movie.

Wayne’s love of the sleek speed machine was revealed in some candid photos from the set of Warner Bros. and DC’s latest superhero movie that were posted to Twitter by YouTuber Grace Randolph over the weekend. The pictures show Michael Keaton, returning to the role for the first time since 1992’s Batman Returns, dressed in a snazzy suit just feet away from his even more stylish ride. If you’re wondering why Keaton is appearing in the film after nearly three decades away from the role, it’s because the movie will feature inter-dimensional travel as a key plot point (Ben Affleck will also appear as Batman/Wayne).

This is his car, not Affleck’s, and I hear this is from the end of the movie and he’s now permanently in the #DCEU

Video tomorrow with full breakdown of all these set pics! pic.twitter.com/pO38KSIUUJ

What a car Gotham’s most famous resident has chosen for himself. First unveiled as a coupé at the Pebble Beach Concours d’Elegance in 2016 (and again as a cabriolet the next year), the car stretches nearly 20 feet from bumper to bumper and features a head-turning Art Deco-inspired body and a spaceship-like interior. Under the hood is a fully electric drivetrain capable of generating 750 horses and launching the car from zero to 60 in under four seconds. One interesting thing about Wayne’s Vision Mercedes-Maybach 6 is that it appears to be finished in a glossy black or midnight blue coupé. The vehicle has previously only been shown off as a red coupé or a blue convertible.

Of course, the appearance of the Vision 6 in the movie isn’t all that surprising. Warner Brothers and Mercedes have a long-running placement deal, according to The Drive. Two of the automakers cars—the E-Class Cabriolet and AMG Vision GT—were featured in the studio’s last superhero extravaganza, 2017’s Justice League. Still, product placement or not, the Vision 6 does seem like the sort of car an unimaginably wealthy thrillseeker like Wayne would use as an everyday driver.

Bruce Wayne’s ride isn’t the only Vision 6 to grace a screen of late. Pop culture obsessives may remember another Vision Mercedes-Maybach 6 cameo from the last year: Drake drove the dazzling car in the video for his 2020 single “Laugh Now, Cry Later.” But unlike his comic book counterpart, the rapper managed to get his hands on two examples of the concept—the coupé and the cabriolet.