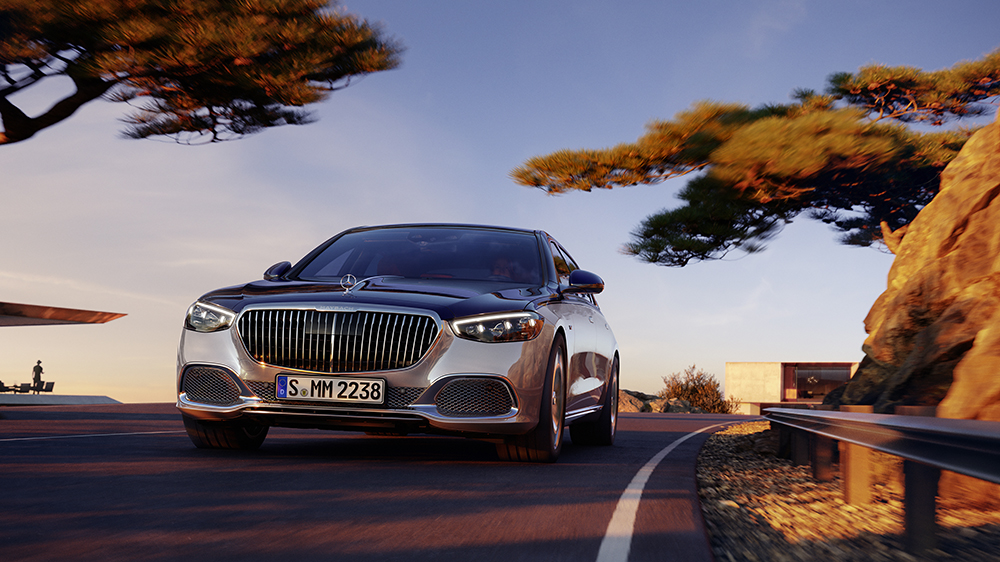 Making it to 100 is a true accomplishment, which is why Maybach plans to celebrate the feat in style.

As has been rumored for months now, Mercedes’s most luxurious sub-brand has announced it will observe its centennial with an exclusive S-Class variant called the Edition 100. Limited to an appropriately small production run of—you guessed it—100 units, the glammed-out sedan blends both beauty and brawn thanks to a gutsy V-12 engine.

The Edition 100 will be based on the top-of-the-line Maybach S680 4MATIC sedan that was announced earlier this spring. The two cars are basically identical from a technical perspective, which means the new variant is powered by the same muscular 6.0-liter V-12 biturbo engine. Mated to a nine-speed automatic transmission that sends power to all four wheels (hence the 4MATIC in the name), the mill can generate a maximum 621 hp and 664 ft lbs of torque. The car may be massive (it’s seven inches longer than any other S-Class), but it’s still nimble enough to jet from zero to 60 mph in just 4.4 seconds and has a top speed of 130 mph.

The details are where the 100 Edition really separates itself from the already luxurious S-Class. The otherwise-untouched exterior has been hand-painted in two-tone Cirrus Silver and Nautical Blue. The commanding four-door also rides on a set of 20-inch monoblock forged wheels finished in dark chrome. There’s also special badging on the D-pillar and the base of the Maybach logo and hubcaps have been inscribed with “Edition 100.”

The makeover continues inside the sedan’s spacious cabin, where you’ll find unique Crystal White and Silver Grey Pearl quilted leather covering the vehicle’s four seats. This is accented with Piano Black trim, pinstripe detailing and plenty of Edition 100 badging. The car doesn’t feature the marque’s massive, dashboard-spanning MBUX Hyperscreen, but the digital gauge cluster and infotainment system both take up a sizable amount of visual real estate. There are also screens on the back of the headrests of the front seats so  passengers in the rear can catch up on the news or binge shows while sipping on bubbly from the back’s champagne cooler. The interior is also well-insulated so that you’ll barely hear the roar of the car’s V-12.

No pricing has been announced for the S680 4MATIC Edition 100 yet, but since it’s a Maybach, and a limited edition at that, we suspect the cost will more more than rival other luxury cars in its class. The sub-brand has yet to announce a sticker price for the S680, but it’s expected to be around $200,000, according to CNET Roadshow. We’d expect the Edition 100 to command quite the premium over that. Deliveries are expect to begin in the first half of next year.

If you like the idea of an Edition 100 Maybach, but your vehicle proclivities run even larger than the S-Class, you’re in luck. An anniversary edition of the GLS 600 SUV is expected to follow later this year.