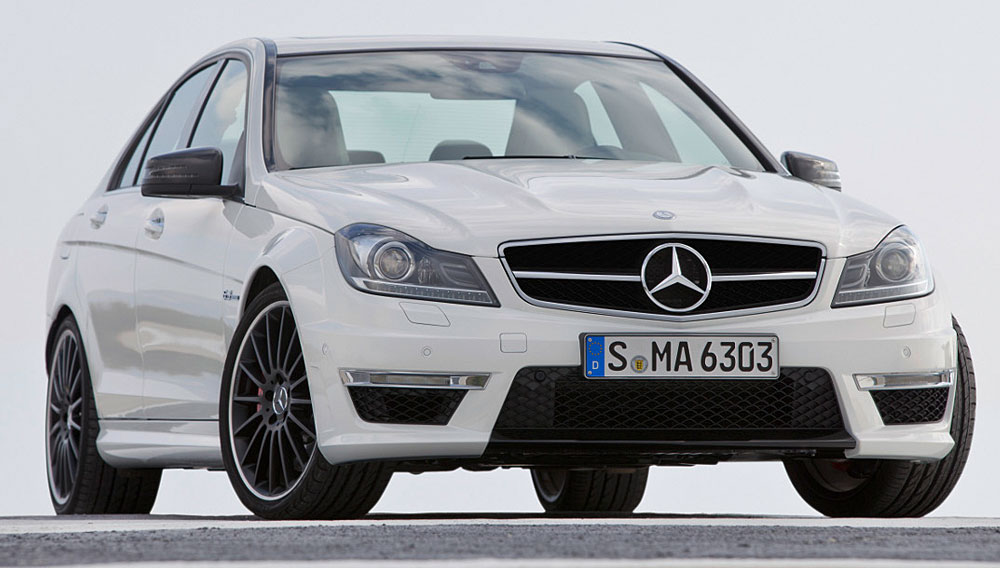 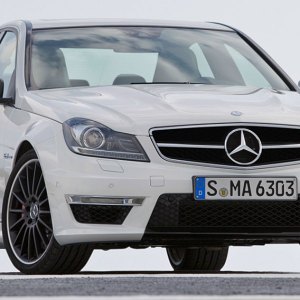 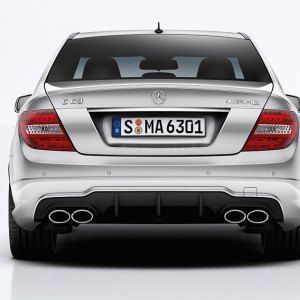 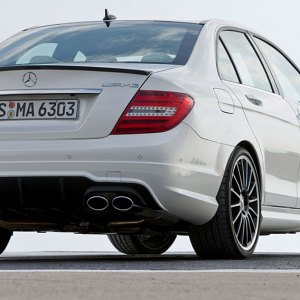 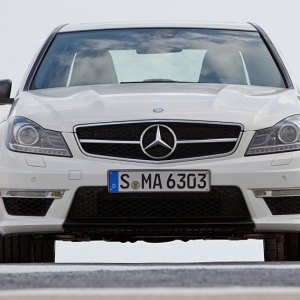 In its ongoing quest to keep pace with BMW’s famously quick “M” cars and Audi’s high-performance “S” and “RS” models, Mercedes-Benz has—via its in-house speed shop, AMG—taken the sledgehammer approach: Add power, power, and more power. And the entry-luxury C-Class range has seen its share of AMG-engineered overachievers, including the C36 AMG from 1995 and the 2005 C55 AMG. But true to form, the 2012 C63 AMG tops them all.

There’s a sharp new front end and a dynamic rear valance with a bold black diffuser. Beneath those sinister hood strakes lies the same hand-crafted 6,208-cubic-centimeter V-8 as last year’s car, producing 451 horsepower and 443 foot-pounds of torque. But this year, the engine returns 10-percent better fuel economy, thanks to a host of revisions, including a special “Controlled Efficiency” mode and a new, more efficient power-steering pump.

In standard form, the engine has enough muscle to launch this 4,000-pound sedan to 60 mph in only 4.4 seconds and loft it to an electronically governed top speed of 155 mph. And like last year’s car, the 2012 model offers the AMG Development Package. Mercedes calls the package a “technology transfer” from the astonishing SLS AMG gull-wing supercar. It enhances the C63’s already fearsome powerplant with the forged pistons, connecting rods, and lightweight crankshaft from the SLS—reducing mass inertia by a precious 6.6 pounds and allowing the freer-revving engine to spin out a startling 481 horsepower. The extra oomph shaves only a tenth of a second off the 0 to 60 time, but it unleashes a scintillating 174-mph top speed.